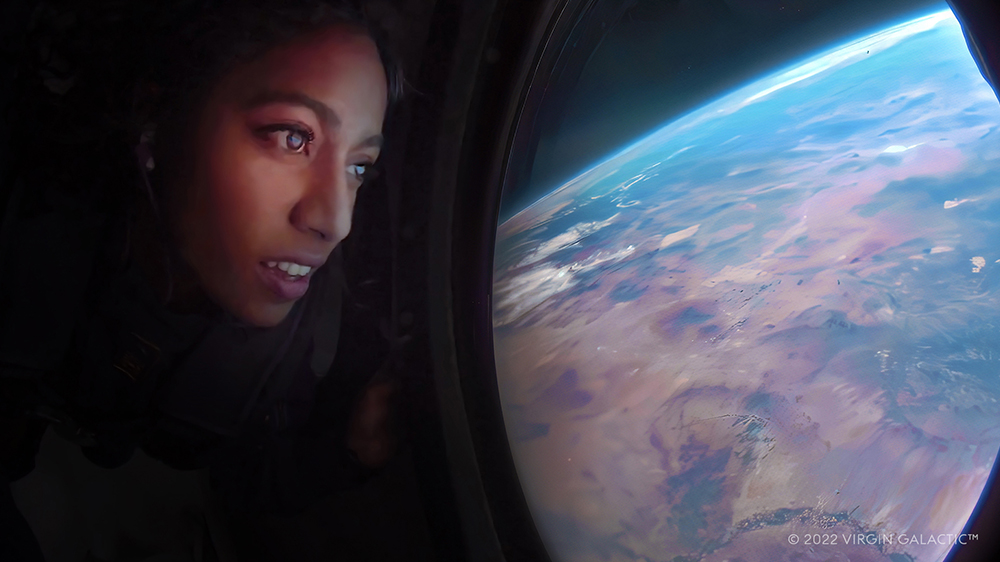 Sixty years ago, astronaut John Glenn became the first American to orbit the earth and only the fourth human being to achieve spaceflight. It was an impactful, life-altering experience for Glenn, who declared decades later, during a commencement address at Ohio State University: “We are more fulfilled when we are involved in something bigger than ourselves.”

Since that time, about 700 people have flown beyond the earth’s atmosphere, a number that has the potential to grow significantly larger as Virgin Galactic opens up the vast stretches of outer space through its spaceflight program. The Virgin Galactic expedition begins with an air launch and Mach-3 boost into space. Once travelers reach a pinnacle altitude of more than 300,000 feet above the surface of the earth aboard the company’s state-of-the-art spaceship, they will enjoy several minutes of weightlessness. They’ll also be presented with a rare opportunity to do what very few people have ever done: to see the planet firsthand from outer space.

Such a breathtaking view has the ability to make a profound impact on a person’s life. It’s a revelatory moment that Beth Moses, Virgin Galactic Astronaut 002, Chief Astronaut Instructor, experienced for herself when she floated weightless inside Virgin Galactic’s spaceship almost 60 miles above the earth. “As I was looking down on earth from space, I absolutely got a sense of ‘home’ on a spiritual and emotional and transformative level,” says Moses, Virgin Galactic Astronaut 002, Chief Astronaut Instructor. “It is that deep of a connection.”

As Virgin Galactic’s CEO Michael Colglazier acknowledges, “space is transformational,” which is why the company aims to offer the experience of spaceflight to as many people as possible—individuals who embody unique skillsets and perspectives and who have the opportunity to share their experiences to the rest of the world in equally unique ways. In other words, unlike in Glenn’s era, bold and intrepid space exploration no longer requires Air Force service time… or really any aeronautical training whatsoever.

“A lot of people think you need to be good at math and science to be able to go to space,” says Astronaut Sirisha Bandla, Virgin Galactic’s VP of Government Affairs & Research Operations. “Virgin Galactic is making it possible for everyone. We want lawyers and artists and poets and musicians to go to space. The way they tell their story is going to inspire a whole new generation.”

Beginning this month, the American company—founded by Richard Branson—will begin taking ticket reservations, which require an initial (and temporary) $10,000 credit card authorization followed by a largely refundable $150,000 deposit (to be applied to the ticket’s $450,000 total cost). Doing so assures that you’ll be one of a select few who will both experience the company’s spaceflight journey and have the opportunity to truly benefit from it (more on this in a moment).

Are you ready to be that next person to venture boldly into space and to see the world in a remarkable new way? Neil Armstrong famously declared his first step on the moon to be a “giant leap for mankind.” With a ticket for one of Virgin Galactic’s upcoming spaceflight expeditions, you can be one of a select few who not only follows in his footsteps—figuratively speaking—but also contributes to the success and expansion of mankind’s discovery of the world beyond earth’s atmosphere.