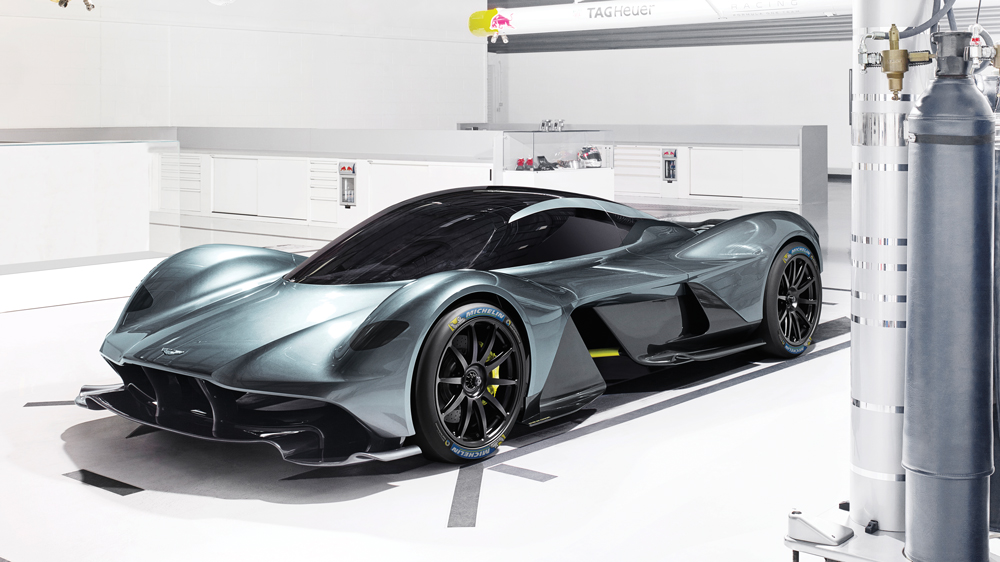 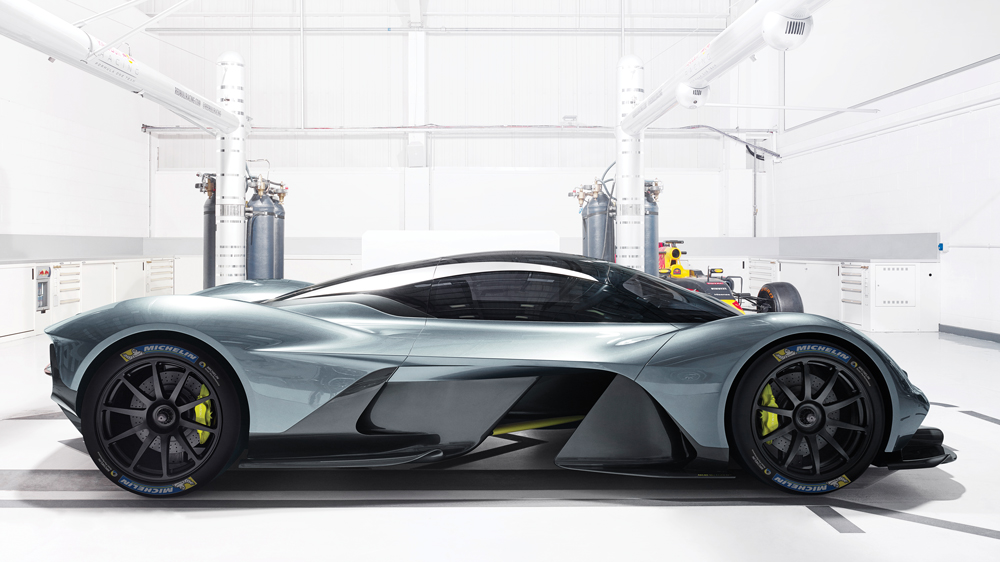 Designer: Aston Martin and Red Bull Racing
Odds of Production: The car is imminent, but the order book is full

Aston Martin recently gave an official name to the hypercar formerly code-named AM-RB 001, but it has released few additional details about the Valkyrie. The car represents a collaboration between the British auto brand and the Red Bull Racing Formula 1 team. Aston Martin will build only 175 examples, including 25 track-only models, and each is spoken for. Reports say the car’s new mid-mounted, high-revving, naturally aspirated V-12 will produce 1,000 hp, and that the car, constructed primarily of carbon fiber, will weigh only 2,204 pounds, or 1,000 kilograms. Those numbers are in line with Aston Martin’s target of a 1:1 power-to-metric-weight ratio.

It has been said the car will generate 4,000 pounds of downforce, though its design doesn’t include a rear wing. Reports say much of the downforce will be generated through underfloor aerodynamics, specifically by wide channels in the undercarriage that run from the front of the car to the wide-open diffuser at the rear.

The latest images of the car—from a private presentation in June during Monaco Grand Prix week—show small gullwing doors, a narrow cockpit that will accommodate two adults, and a wraparound windscreen. Aston Martin plans to begin deliveries in 2019.