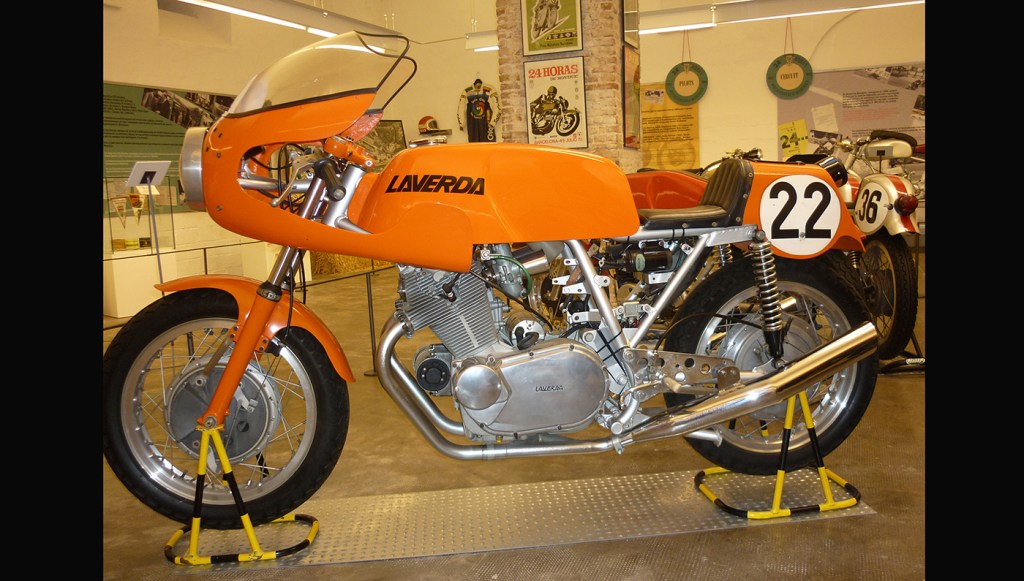 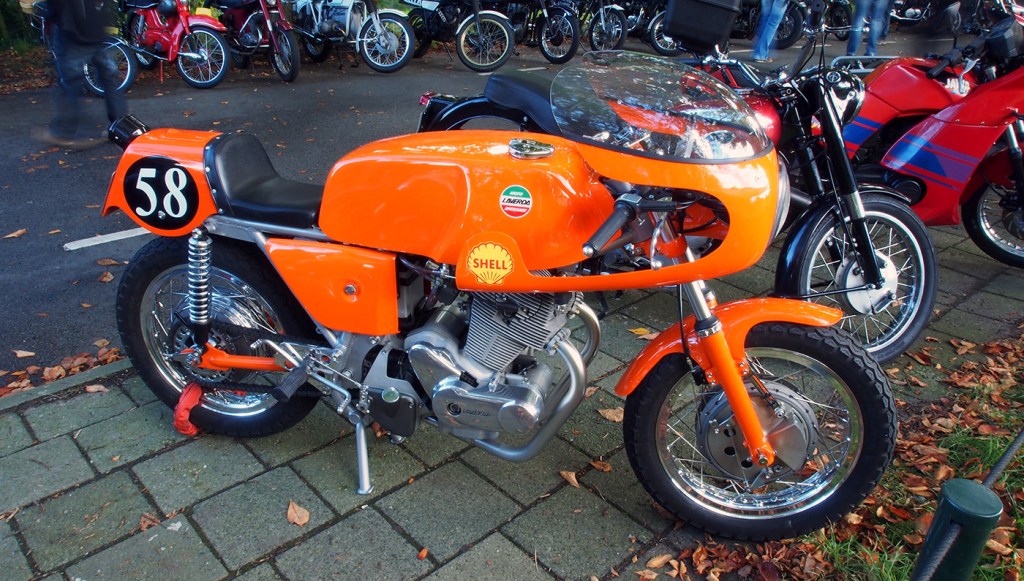 The Laverda 750 Super Freni Competizione (SFC) was Moto Laverda’s thoroughbred stallion—the epitome of raw power, speed, and endurance. With an engine-building background that dated back to 1873, the Italian marque began motorcycle production in 1949. To compete with Ducati and the battalion of bikes from Japan and Britain, Laverda flexed its muscle with the 750 model in 1968, giving it an air-cooled, 744 cc parallel twin-cylinder engine. The following year, the 750 S variant was bolstered to 60 hp and finished fourth in the 24 Hours of Oss race.

Ready to make its mark, the next generation 750 SFC was fashioned with improved aerodynamics, including an upswept exhaust and the addition of a fairing. Painted orange, the speedster had the competition seeing red with its subsequent 24-hour endurance race wins in the Netherlands, Spain, and France in 1971. Destined to become a ’70s sensation, the 750 SFC made Laverda legendary.