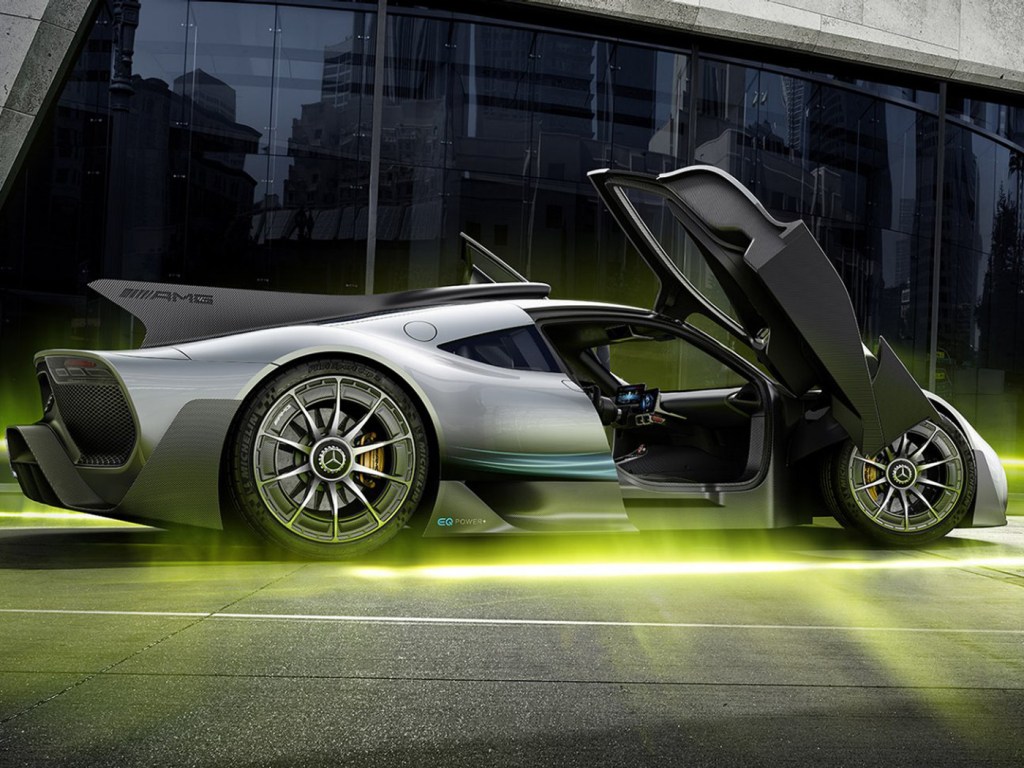 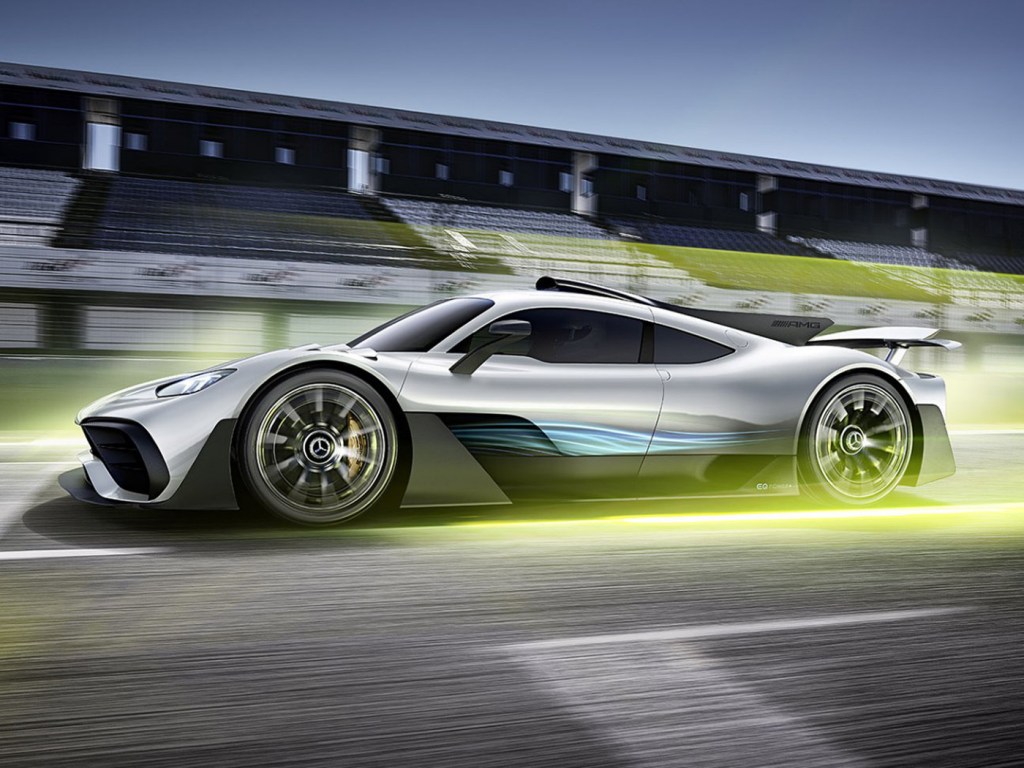 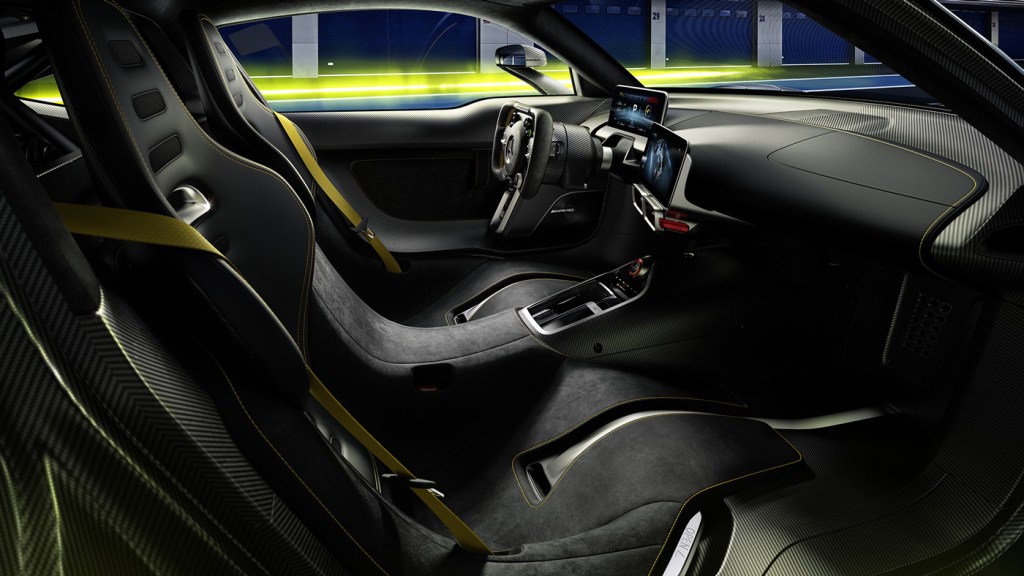 The Mercedes-AMG Project One is sculpted entirely of carbon fiber and houses an electrified power train.

The Mercedes-AMG Project One will be priced at about $2.7 million.

The 1000-hp hypercar from Mercedes-AMG made its North American debut at the Los Angeles auto show, featuring technology taken straight from today’s Formula 1 cars. The audacious concept car is sculpted entirely of carbon fiber and houses an electrified power train that consist of four electric motors and a 1.6-liter turbocharged V-6 engine that redlines at a screaming 11,000 rpm. Tobias Moers, chief executive officer of Mercedes-AMG, says the show car is “very close to production,” with only modifications for emissions regulations and engine longevity. Earlier this year, Mercedes-AMG announced that it would build 275 examples of the Project One, at a cost of about $2.7 million each.