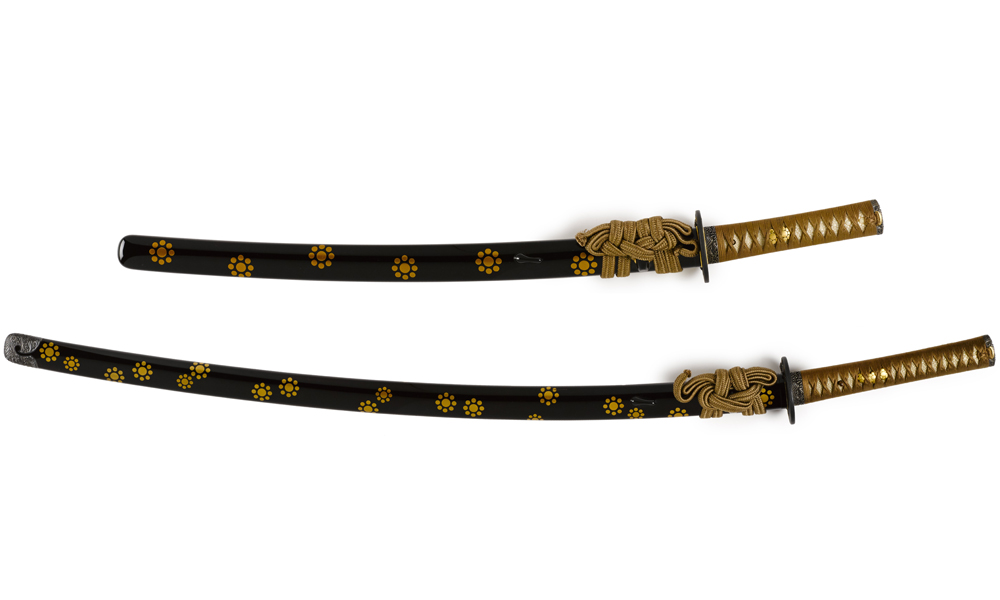 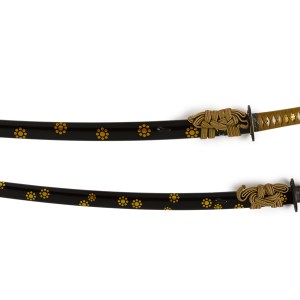 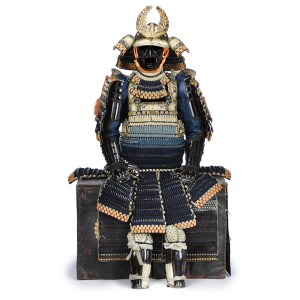 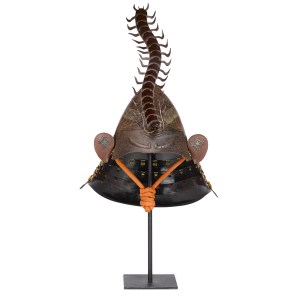 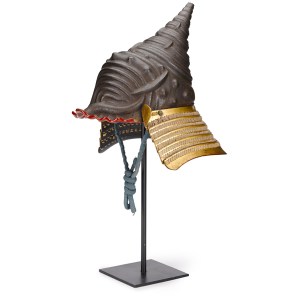 A pair of 13th-century Samurai swords by master maker Bizen Nagamitsu (or, “Nagamitsu from Bizen province,” active 1264-1287) is estimated to sell for between $150,000 and $200,000 at Bonhams October 8 auction, Arts of the Samurai. The two swords, of different lengths, are a matched pair called a daishō, which means “large-small” in Japanese. Made of a now-exhausted supply of steel, the blades show a blue sheen typical of early Bizen examples. Presently encased in splendid 18th century lacquer mounts with gold overlay featuring heraldic family crests, the swords would most certainly have been carried by a high-ranking warrior.

Nagamitsu was a legendary swordsmith, whose works were highly desired even during his lifetime. He forged the blades using materials indigenous to Bizen, creating an exquisite temper line and a characteristic blue tone. His blades are of such exceptional quality that several have been deemed National Treasures, the highest honor bestowed by the Japanese government on a piece of cultural heritage.

“You simply cannot make steel of this quality anymore. The natural materials needed were completely exhausted by feudal Japanese swordsmiths. It’s very rare to see an early Bizen Nagamitsu daishō like this one on the market,” explained Jeff Olson, the Director of the Japanese Department at Bonhams New York.

Other important swords in the auction include another early Bizen tachi by Masazane, from the legendary collection of American Col. Dean Hartley (estimated to fetch $30,000 to $40,000). Tachis are the earliest form of Japanese swords, used while most battles were fought on horseback, necessitating a long blade. As horses on the battlefield fell out of favor towards the end of the 13th century, the vast majority of tachis were shortened to make them easier to wield. This example, made in the 12th century, is extremely rare because its tang was not cut down, so it retains its original dimensions. Col. Hartley began his Samurai sword collection during WWII, trading a camera for his first acquisition. He considered his Masazane sword to be the pinnacle of his collection because of its age and unadulterated length.

Along with the impressive swords, a significant selection of Samurai armor will be offered on October 8. Especially notable are the 18 flamboyant helmets, imbued with poetic references to Japanese folklore as well as the Samurai philosophy of loyalty unto the death. An eboshi helmet with a centipede inlay and matching centipede forecrest is a likely reference to the fact that, like a Samurai, centipedes can only move forward, not backward (estimated to sell for $15,000 to $20,000).

Bonhams Arts of the Samurai auction will take place October 8 in New York. The auction will preview at Bonhams October 5 to 8.