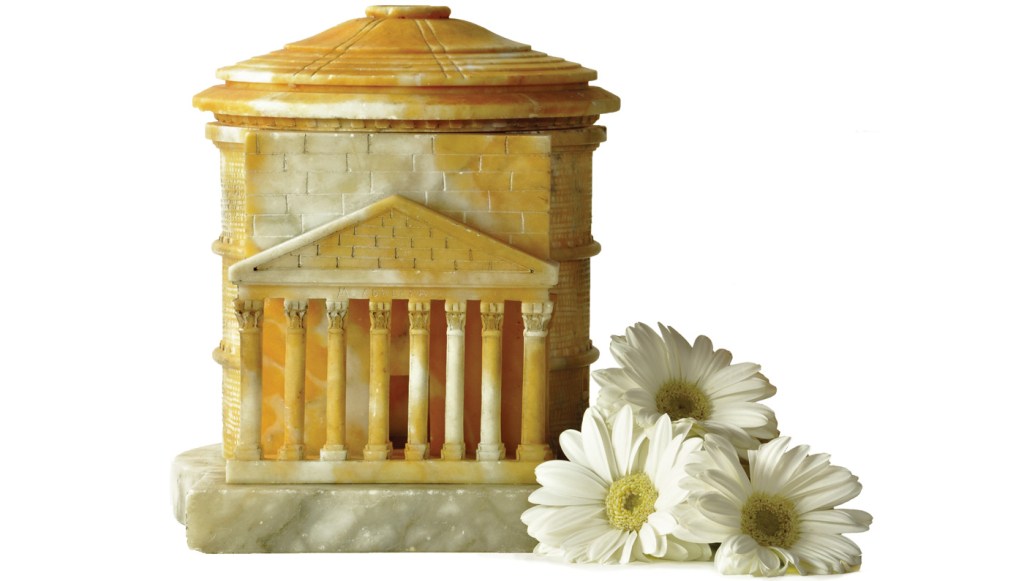 Piraneseum offers antique keepsakes from Rome, Venice, and other stops along the Grand Tour.

Wealthy British schoolboys of the 18th century commonly spent their gap year (or years in some cases) on the Grand Tour—a long and expensive sojourn through Europe that usually included stops in Florence, Venice, and other Italian cities—to immerse themselves in the culture and come back as better, more sophisticated people. That was the idea, anyway. Regardless of whether they actually savored the artistic and architectural wonders of, say, ancient Rome or frittered away their time the ways that college-age kids can, Grand Tourists wanted to return home with impressive souvenirs from their once-in-a-lifetime trip.

“They went on the Grand Tour as a way to continue their educations, at least in theory,” says Eric Zuelow, an associate professor of European history at the University of New England and the author of the book A History of Modern Tourism. Even if you had spent your months abroad just drinking and debauching—as some Grand Tourists did—​a gorgeous canvas of an Italian cityscape or a fine carving of a classical Roman building would let you pretend otherwise. “You looked like you got a lot out of it because of a great souvenir,” says Zuelow.

Piraneseum, an antiques dealer located near San Francisco, specializes in the souvenirs that the travelers acquired. Lucia Howard and David Weingarten, a pair of architects, established the business in 2012 after decades of collecting these items. “At a certain point, we realized it was all part of the same story. The models, prints, and etchings were all made for Grand Tourists,” says Howard, who met Weingarten in 1975 when the two were in graduate school. “It was a very overlooked area in art history. That’s part of the reason we focused on Grand Tour pieces.”

In addition to offering art from the Grand Tour period, including the company’s namesake Giovanni Battista Piranesi etchings, Piraneseum has a standout selection of souvenir architectural models. “They’re pretty rare. That’s one reason they’re so expensive,” says Howard. “They were mainly lost. They were not as valued as they should have been.”

The French Revolution and Napoleon’s campaigns ended the version of the Grand Tour that was popular in the 18th century, and when traveling for pleasure resumed in Europe in the early 19th century, it was no longer the exclusive pastime of the rich, thanks to the inexpensive transportation offered by railroads. This is not to say that wealthy young men stopped following the Grand Tour route or ceased buying pricey souvenirs along the way. Piraneseum has a 7.5-inch-tall alabaster model of the Pantheon from around 1880. Howard estimates that the model, which is priced at $9,500, cost its original owner at least a couple thousand dollars. “Souvenirs were a status symbol,” she says. “They said, ‘Hey, I’m an educated person. I’ve had the experience of going to France and Italy. I understand more about the world than an ordinary Englishman. I’m not a British rube.”