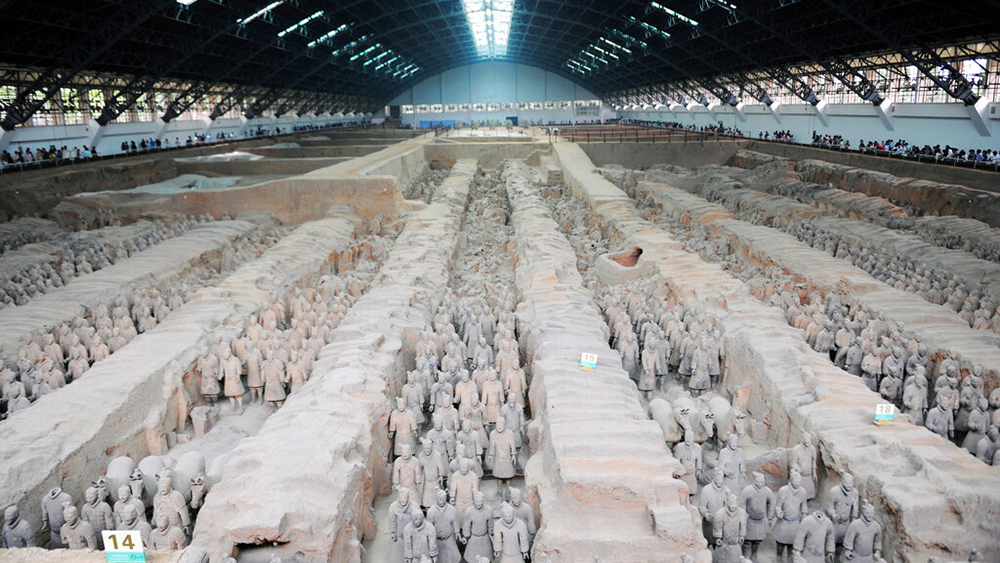 Twenty new warriors from a Chinese emperor’s massive terracotta army were uncovered by archaeologists in Xi’an, the capital of Shaanxi Province, on Friday. China Global Television Network reported that the newly discovered sculptures were found in Pit No. 1, outside the emperor’s secret tomb, and remain well-preserved.

Notable among these findings are statues of a general and a middle-ranking army officer. Pit No. 1, a section full of infantry and chariots, has a total area of 14,260 square meters. When the excavation is complete, it is expected to yield more than 6,000 pottery figures and horses.

The Terracotta Army, created 2,200 years ago to protect emperor Qin Shi Huang in the afterlife, is the only known collection of military sculptures produced en masse in the world. As the country’s first emperor, Qin Shi Huang unified China. He is believed to have had an army of more than 500,000 men.

Historical Chinese texts do not discuss the Terracotta Army or indicate why it was created. To construct the Terracotta Army and mausoleum, researchers believe it took 700,000 laborers a span of 30 to 40 years to complete. Qin Shi Huang was also responsible for conceiving of the Great Wall of China.

In 1974, the Terracotta Army was discovered by local farmers who were trying to dig a well roughly a mile east of the emperor’s tomb. There, they discovered a vault containing thousands of unique, human-sized military figures positioned for battle. Since then, archaeologists have found roughly 8,000 statues from the army, all of them constructed using exact measurements per their military ranks, with generals being taller than soldiers, standing at an average height of 5 feet 8 inches.

The 20 newly found warriors, which appear to be in pieces, are currently undergoing restoration at Emperor Qinshihuang’s Mausoleum Site Museum. Further research will be conducted in an effort to gain better insight into the ancient military and its practices.

Last January, archaeologists uncovered roughly 200 warriors, 12 clay horses, and 2 chariots, as well as a number of bronze weapons over the past 10 years.