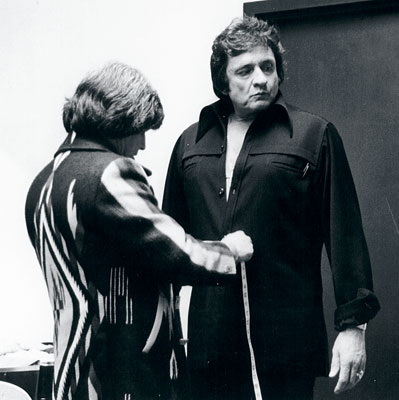 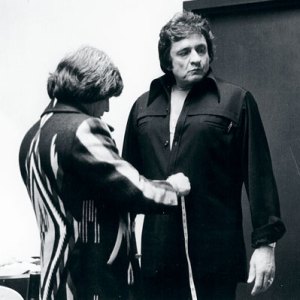 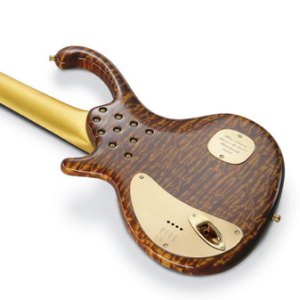 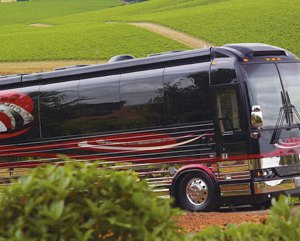 A day of recording in the Miami studio owned and designed by Lenny Kravitz.

A wardrobe of day wear and stage costumes by Manuel, who has dressed Johnny Cash, Elvis Presley, and dozens of other legendary musicians.

Jens Ritter’s electric bass guitars are not only fantastic, they are illegal. Ritter embarked on his life of crime at the age of 7, when he made his first guitar from a cookie box, power cables, and pickle jar caps for a school project. His father, pleased that Jens was interested in building musical instruments, abetted him by giving him a small electric drill. “My father always supported me a lot,” says the now-34-year-old, whose workshop is in Deidesheim, a town in southwest Germany that is near the French border and even closer to the town of Wachenheim, where he grew up. “Of course, I had accidents, but I also would have had accidents if I had started at 18 or 25. I don’t learn from a teacher. I work with my hands to understand what’s going on.”

By teaching himself the Luthier’s craft, he subverted the country’s apprentice system, which requires a craftsman to train under a master and pass a master class before making products under his own name. Ritter was nearly forced to pay for his wicked ways in 1998, when he was running his first shop in Wachenheim. “One day, a local inspector from the Handwerkammer institute [a guildlike agency that monitors craftspeople in Germany] came to my store to check if I was a master. I asked him a few questions about guitar building, and he couldn’t answer them,” Ritter says. “He went away, and I haven’t heard from him anymore.”

If Ritter had followed the prescribed path, he might never have designed the radical body shapes that characterize his instruments. “Because I never went to school, no one ever said to me, ‘No, don’t do that,’ ” he says.As part of this gift, which offers a Robb Report reader some of the trappings of rock stardom—alas, the reader will have to provide the talent—Ritter is offering the electric bass guitar pictured on the preceding pages. The instrument’s price is $100,000. Ritter carved the guitar, which has an asymmetrical body shape that he calls a Roya, from a single piece of rare quilted maple. “It’s a beautiful wood, and the sound is very warm and round,” he says. “It has power and personality, but it is still clean and warm.”

Quilted maple also is a nightmare to carve. “It’s very stupid. I hate it,” Ritter says, laughing as he describes how difficult it was to shape the guitar. “It’s an arrogant, fussy wood. I had to be concentrating the whole time. It’s almost as if the wood was telling me, ‘Hey, you wanna cut me? You gotta be good.’ ” Normally, Ritter finishes a guitar in four months or so, but this one required almost seven to complete. And during that span, Ritter did not work a 9-to-5 schedule. “I can stay awake for four days,” he says. “I forget about time, eating, drinking. I’m not really good to my body sometimes, but I cannot control it, it just happens.”

JUST WHAT I NEEDED

Jens Ritter’s electric bass guitar is beautiful enough to hang on a wall as a work of art, but it deserves better than such a passive, silent fate. For $50,000 a day, you can capture its warm, rich sound forever in Lenny Kravitz’s recording studio, which will be located in the penthouse of Miami’s Setai hotel. The studio, which Kravitz designed, is under construction and may be completed in December.

You could fly to Miami, but a tour bus would provide a more fitting means of transportation. A rock star touring in a motor coach from Marathon Coach of Coburg, Ore., would feel no inclination to pen a power ballad about the drudgery of life on the road. The 45-foot custom bus, which is included with this gift and has a base price of $1.3 million, can incorporate a recording studio equipped with an audio mixer, a digital multitrack recorder, monitor speakers, and a CD/DVD burner. The coach also can have a master bedroom suite, enough bunk beds and convertible sofas to sleep as many as eight, a full-size etched-glass shower stall, a drop-down treadmill, a galley with a liquor and wine cabinet, a cappuccino machine, and a Gaggenau cooktop. The bus’s underbelly can be spacious enough to store a motorcycle.

If you want to have the instrument and the vehicle of a rock star, you also may want the $100,000 wardrobe of one. If clothes make the man, then clothes by Manuel make rock stars. The Nashville, Tenn., tailor has dressed Elvis Presley, Johnny Cash, and numerous country singers, and he will dress you as well. In addition to receiving five outfits from his 2006 menswear line, you will travel to his Nashville shop to be measured for as many as three bespoke costumes that suit your stage persona as well as your shape. Manuel may meet you for a subsequent fitting, if necessary.