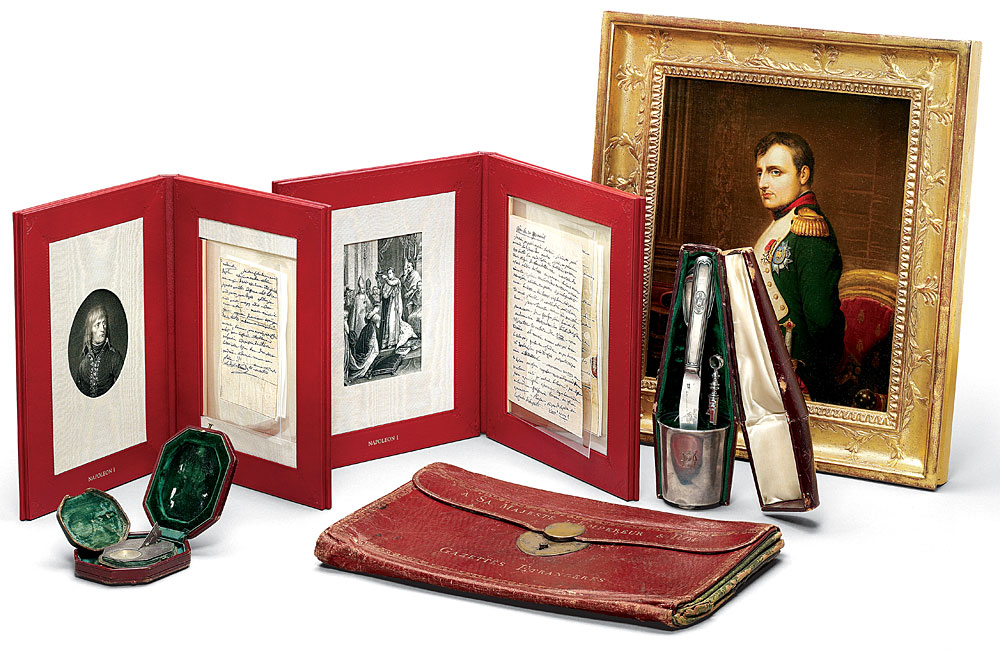 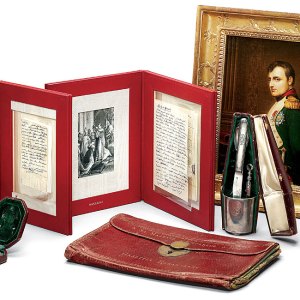 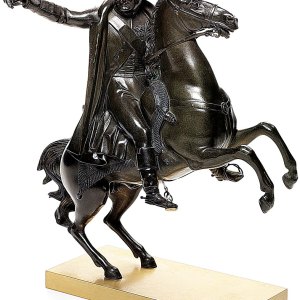 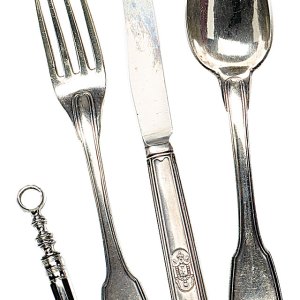 A Napoléon Bonaparte collection that includes handwritten letters, a manuscript of his address to his troops just prior to Waterloo, and the utensils he dined with when waging war.

Napoléon Bonaparte could be considered the Elvis of emperors, a leader who remains as large a figure in death as he was in life. Historic documents dealer Kenneth Rendell says that Napoléon material is “consistently in the top 10” among the items that he carries. Rendell, who has an office in Massachusetts and a gallery in Manhattan, is offering a Robb Report reader a most comprehensive and revealing Napoléon collection. Containing 501 documents, 50 of Napoléon’s books, and such artifacts as the silverware he used in the field (see “Alfresco Dining” below) and a combination sundial and compass that he carried throughout his career, the material provides a vivid picture of the man.

Napoléon was renowned for his preoccupation with details—a trait that today might have him diagnosed as an obsessive-compulsive. His fixation is evident, says Rendell, in one of the collection’s documents, the 86-page, 1809 budget proposal for his imperial palaces, which includes an entry for the laundress’ wages. In addition to being precise, the emperor also was passionate, as indicated by the love letter that he wrote to his first wife, Joséphine, in 1796. It reads in part, “In the midst of affairs, at the head of the troops, walking through the camps, my adorable Joséphine alone is in my heart, occupies my spirit, absorbs my thoughts. If I distance myself from you with the speed of the torrent of the Rhône, it is to see you again that much sooner.”

Napoléon’s anger could be as intense as his romantic longings. In response to King George III of England’s refusal to accept a peace treaty in 1800, Napoléon wrote, “George, you want war! We will wage it.” The collection also includes the manuscript for the speech Napoléon delivered to his men prior to their defeat at the Battle of Waterloo. Four days before the fight, he spoke with fervor and confidence: “Soldiers, we have forced marches to do, battles to wage! Perils to run. But with steadfastness victory will be ours!”

“I’ve handled several archives, and sometimes, I can’t find the heart and soul of the person. Occasionally, there isn’t one,” Rendell says, explaining that a lifetime’s worth of letters can fail to reveal the personality of their author. “But with Napoléon, I really did find his heart and soul. I don’t know anyone else who expressed himself so well, had such emotions, and on the same day could write about routine details. No one else I’ve run into [in 48 years of handling historic documents] is both as well organized and as passionate as he is. Nobody else is on his level.”

Napoléon Bonaparte said, “An army marches on its stomach,” and his personal field kit—the utensils that he used when he was pursuing his military campaigns—hints at how well he ate. It contains a sterling silver cup, fork, spoon, and table knife, as well as a steel cork-puller. All except the latter are stamped with Napoléon’s imperial crest, and all are kept in a maroon leather case lined with white satin and green velvet. “Napoléon lived well in the field, but he lived in the field. He was comfortable roughing it by his own definition,” says Kenneth Rendell, the dealer who is offering the kit as part of the Napoléon collection. “My sense is that this camp set was not treated as something precious. It was used,” he says, noting that the case and the pieces show signs of wear. However sumptuous Napoléon’s between-battle meals might have been, Rendell suspects that he did not linger over them. “He probably ate fast. He did everything fast.”