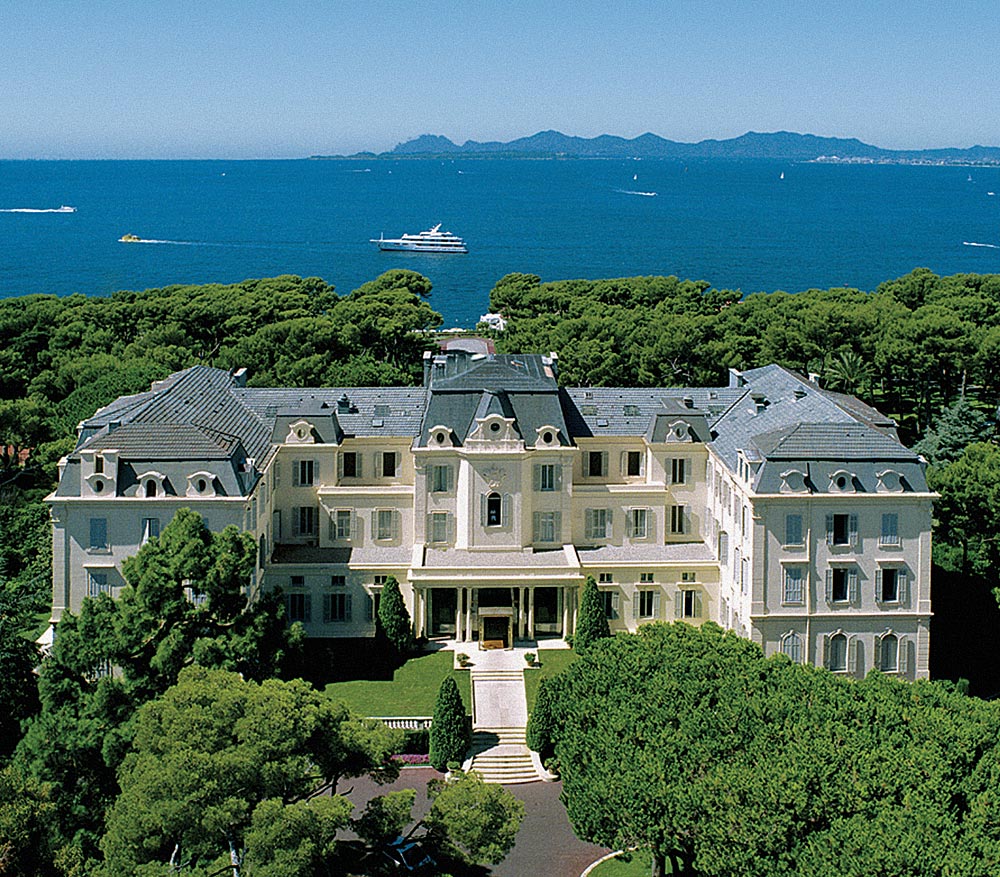 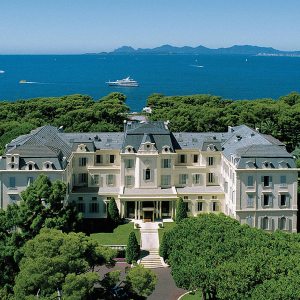 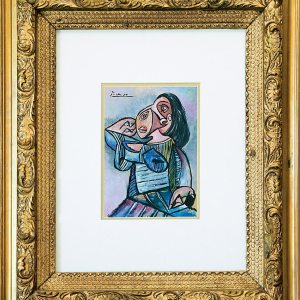 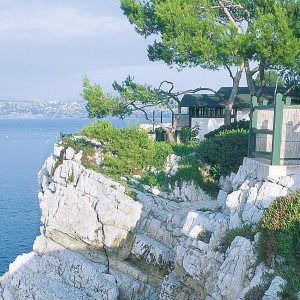 A private tour of the artist’s former seaside studio in Antibes,

Five nights’ accommodations for two in the finest suite

“Give me a museum and I’ll fill it,” Pablo Picasso once remarked—a fitting declaration by the prolific artist, who produced tens of thousands of now-coveted works during his lifetime. One of these, the circa-1940 Sans Titre (Tête de Jeune Femme)—Untitled (Head of a Woman)—is on offer to one Robb Report reader. Originally a gift from Picasso to a friend, the painting has been examined by a member of the American Society of Appraisers (ASA) and by a representative from the International Association of Art Critics; both deemed its condition excellent.

Currently in the hands of a private collector, the oil-on-paper work depicting the head and torso of Dora Maar (Picasso’s companion and muse at the time of the piece’s creation) measures 10.8 inches by 8 inches and is signed in the upper left corner. Based on the values of comparable works, the ASA has appraised the piece at more than $3.5 million. (Other Picassos from the same period that feature similar subjects and materials have fetched between $3.4 million and $4.7 million at Christie’s and Sotheby’s auctions.)

For the painting’s buyer and a guest, the Hôtel du Cap Eden-Roc in Antibes, France, will arrange a Picasso experience that will include a private guided tour of the Musée Picasso (formerly known as Château Grimaldi), part of which served as a temporary studio space for the artist when he arrived there in the fall of 1946. Located in a stone castle on the grounds of the ancient Greek town of Antipolis, overlooking the Mediterranean, the recently renovated museum houses an extensive collection of Picasso’s paintings, drawings, sculptures, and etchings, along with other items donated by his widow, Jacqueline. Though the museum is dedicated to Picasso, it also exhibits the work of Nicolas de Staël, Hans Hartung, Anna-Eva Bergman, and Joan Miró.

While in Antibes, the buyer and a guest will enjoy accommodations at the Hôtel du Cap Eden-Roc. A mainstay of the French Riviera since 1889, the hotel has served as a hideaway for such luminaries and dignitaries as Cole Porter, Scott and Zelda Fitzgerald, Ernest Hemingway, the Kennedy family, and, of course, Picasso himself.