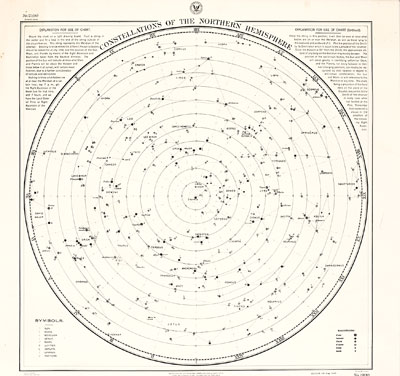 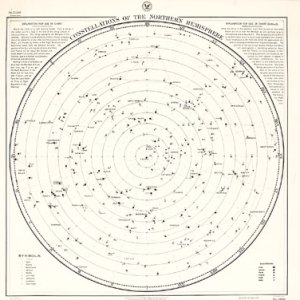 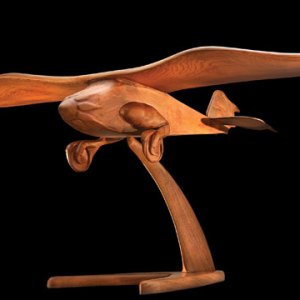 The maps and charts on which Lindbergh plotted the course for his historic flight, as well as a signed first edition of his Pulitzer Prize–winning memoir about the journey.

Andrew King likens the sensation of flying a Ryan M-1—a plane similar to the one in which Charles Lindbergh made the first-ever solo nonstop transatlantic flight nearly 80 years ago—to driving a convertible car at 2,000 feet. “It’s not too bad,” he says. “It’s an open cockpit, and it’s got wind and noise. If you’re used to flying in a closed cockpit, you might be uncomfortable, but for people like me, it’s what I like.”

King, 44, spent his childhood in upstate New York around vintage planes: His father and an uncle owned various aircraft and brought him to air shows at a nearby field. “I grew up washing planes, doing gofer work around the airports, hoping to fly,” he says, noting that he took to the air at age 18 and later embarked on a career of repairing and maintaining vintage and replica planes. “I am a soldier of fortune of antique airplanes. I’ve moved around a lot, had different experiences, and learned something everywhere I went.”

The aircraft that King built for himself, the Ryan M-1, is a replica of the mail-route plane from which Charles Lindbergh derived Spirit of St. Louis. For a Robb Report reader, King will build a flyable replica of Lindbergh’s plane. To accompany the aircraft, the Kenneth W. Rendell Gallery of Manhattan is offering the original maps and charts on which Lindbergh plotted his journey and a signed first edition of The Spirit of St. Louis, Lindbergh’s account of the flight.

Lindbergh worked with Donald Hall, chief engineer for San Diego’s Ryan Airlines, to design a vessel that could fly nonstop from New York to Paris. Among other differences, Lindbergh’s aircraft had a longer wingspan and far greater fuel reserves than those of a standard M-1.King re-created the M-1 because of its connection to Lindbergh and because no authentic, airworthy examples of the plane have survived. He began the project in 1996, soon after he moved from California to Culpepper, Va., 60 miles southwest of Washington, D.C. As a template for his replica, King used a rusting M-1 fuselage, which he borrowed from a retired pilot who had stored the aircraft in a shed on his property, 30 miles from Culpepper. “I found out later that Lindbergh flew it in 1928, after he was famous,” King says, explaining that the plane once had belonged to a friend of Lindbergh’s. King returned the fuselage to its owner, but he did incorporate a segment of its steel tube frame into his plane, in an area to the left of the seat. “I wanted to put it in a place where people could lean into the cockpit and see it,” he says.

When King finished his replica in 2001, the plane earned an award at that summer’s Experimental Aircraft Association (EAA) Airventure Oshkosh event in Wisconsin and at the 2002 Sun ’n Fun Fly-In in Florida. Three years ago, King sold his plane to the Historic Aircraft Restoration Museum in St. Louis. “There was no one hardest thing about building the replica, but there were a lot of little jobs, and it was a matter of finishing each little job at a time,” he says. “There was not a lot that you’d call fun, but there is a sense of accomplishment in standing back and seeing what I’ve done with my own hands.”

Before Charles Lindbergh completed his historic flight on May 21, 1927, he was regarded by some as a lunatic, or so he suggests in The Spirit of St. Louis, the aviator’s memoir about his transatlantic adventure. Lindbergh chose Ryan Airlines of San Diego, Calif., he writes, partly because it was the only company to accept his request for a single-engine plane, which he intended to fly from New York to Paris to claim the $25,000 Orteig Prize. Other contestants for the prize, Lindbergh claims, were convinced that attempting to cross the Atlantic in anything less than a multiengine plane would be suicidal.

The maps and charts on which Lindbergh plotted his course contain clues to his success, says Kenneth Rendell, a dealer in historic documents. Rendell purchased Lindbergh’s material from a descendant of Don Hall, chief engineer for Ryan Airlines, who collaborated with Lindbergh on the design of the plane. “I had thought Lindbergh was a daredevil who made it. But after seeing the charts, I realized he wasn’t a daredevil; he was a very experienced pilot,” Rendell says, noting that in his memoir, Lindbergh describes how he used the maps and charts to plot his route. “There was no happenstance to this,” Rendell says. “It was the best thought-out attempt to cross the ocean, so it was the most likely to win.”

Erik Lindbergh, 41, re-created his grandfather’s famous flight in May 2002, flying solo in a single-engine Lancair Columbia 300 plane dubbed New Spirit of St. Louis, but he is not content to honor Charles’ memory by repeating the past. Lindbergh is a trustee of the X Prize Foundation, sponsor of the Ansari X Prize, which was modeled after the Orteig Prize that his grandfather won in 1927. Raymond Orteig, a hotelier, made his offer to foster the growth of the aviation industry; Lindbergh and his colleagues wish to do the same for space travel. In addition to being a commercial pilot and a flight instructor, Lindbergh is chairman of the Charles A. and Anne Morrow Lindbergh Foundation, which rewards efforts to balance technological advances with respect for the environment. He also is an artist who sculpts aviation subjects from wood; he will meet the buyer of this gift and contribute a commission. Lindbergh also will instruct pilots who compete in the Rocket Racing League. He recently established iFly, a fractional-ownership program for pilots in Southern California that gives its members access to a fleet of Lancair Columbia 350s.