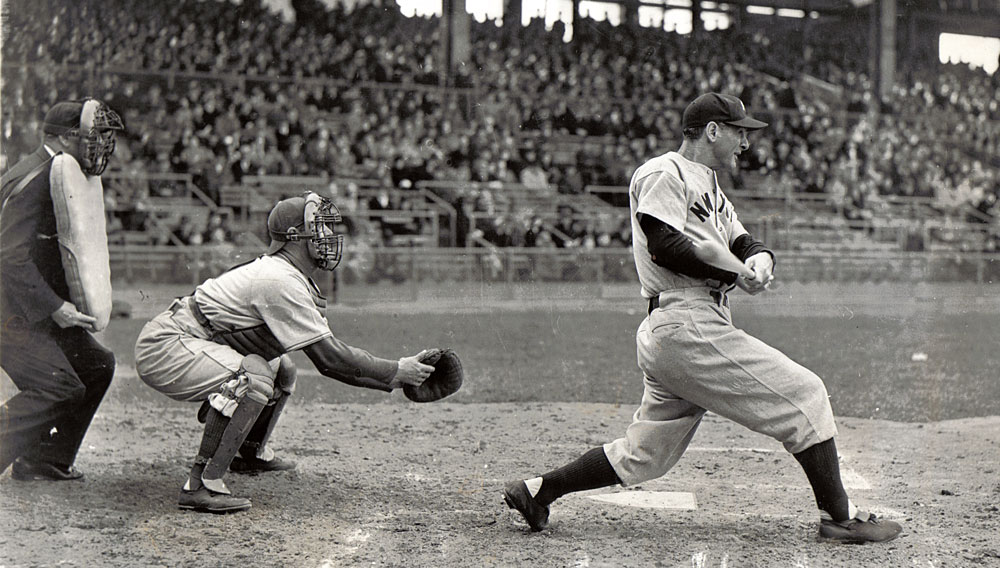 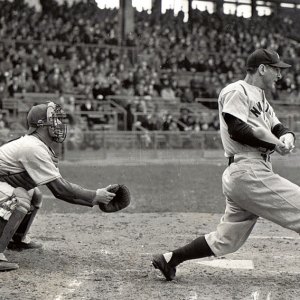 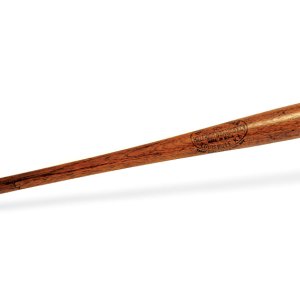 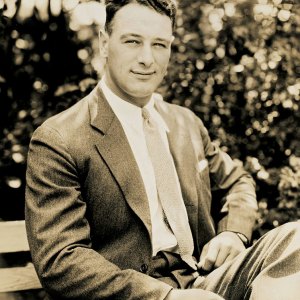 A charitable donation to the ALS Association in the recipient’s name.

Babe Ruth and lou gehrig are widely considered to be baseball’s greatest one-two punch of all time. Though largely overshadowed by his New York Yankees teammate—both in stature and popularity—Gehrig left behind an unparalleled legacy when illness forced him to retire in 1939. His many career records included a 2,130-

consecutive-games-played mark that stood for more than 55 years and helped earn him the nickname “the Iron Horse.”

Gehrig’s finest year came in 1927, when, from his cleanup spot in the Yankees’ “Murderers’ Row” lineup, he batted .373 with 47 home runs and 175 RBIs. He won that year’s American League MVP award and helped guide his team to a 110–44 record and a World Series sweep of the Pittsburgh Pirates.

Among the bats Gehrig used in 1927 was this side-written Hillerich & Bradsby signature hickory model, which is currently in a private collection and has been consigned for sale to Memory Lane, a Southern California–based firm specializing in sports and Americana collectibles. H&B factory records indicate that the bat’s dimensions match those of a group shipped to Gehrig on April 16, 1927, and extensive cleat and surface marks evince heavy use. Along the barrel of the 35.5-inch-long, 35-ounce bat is a barely visible grease-pencil inscription executed by H&B employee Bill Morrow that reads “Louis Ge – 6-13-27,” indicating the date H&B received the bat back from Gehrig after it sustained a 3-inch handle crack. (Players of that era returned some of their bats to manufacturers to be used as models for future bats. A company representative would then write the date of receipt on the bat’s barrel, thus the term side-written.) The bat, which has been graded and authenticated as an A9.5 (out of 10) by Memorabilia Evaluation and Research Services, is one of only two side-written game-used Gehrig bats known to exist (the other is from 1928). “This fact, coupled with the glory inherent to the 1927 season, makes this the most important Gehrig bat in the world,” says Daniel Wulkan, auction director for Memory Lane. “This is the only bat that can definitively be placed in Gehrig’s hands during what many consider his most prolific season.”

Gehrig had several other exceptional seasons, including another MVP performance in 1936, before his career was cut short when he was diagnosed with amyotrophic lateral sclerosis (ALS), a progressive neurodegenerative disease now commonly known as Lou Gehrig’s disease. On May 2, 1939, after struggling on the field for a few months, Gehrig took himself out of the lineup. In an emotional farewell speech on Lou Gehrig Appreciation Day at Yankee Stadium on July 4 of the same year, a choked-up Gehrig—surrounded by his teammates, coaches, managers, and a sold-out crowd—composed himself enough to deliver his now-famous line: “Today, I consider myself the luckiest man on the face of the earth.”

Gehrig was inducted into the National Baseball Hall of Fame in December 1939, and he died on June 2, 1941, at the age of 37. To honor Gehrig’s memory, 10 percent of the price of this rare souvenir will be donated in the recipient’s name to the ALS Association, a nonprofit organization dedicated to finding a cure for Lou Gehrig’s disease.

The gift must be purchased by January 31, 2010. The tax-deductible-donation portion of the gift will be given to the ALS Association on behalf of the recipient, in his or her name. 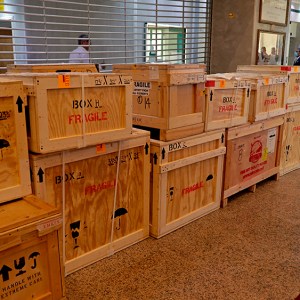 The US Returns Over 17,000 Cultural Artifacts to Iraq 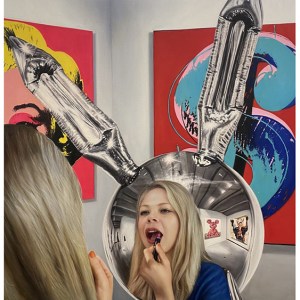