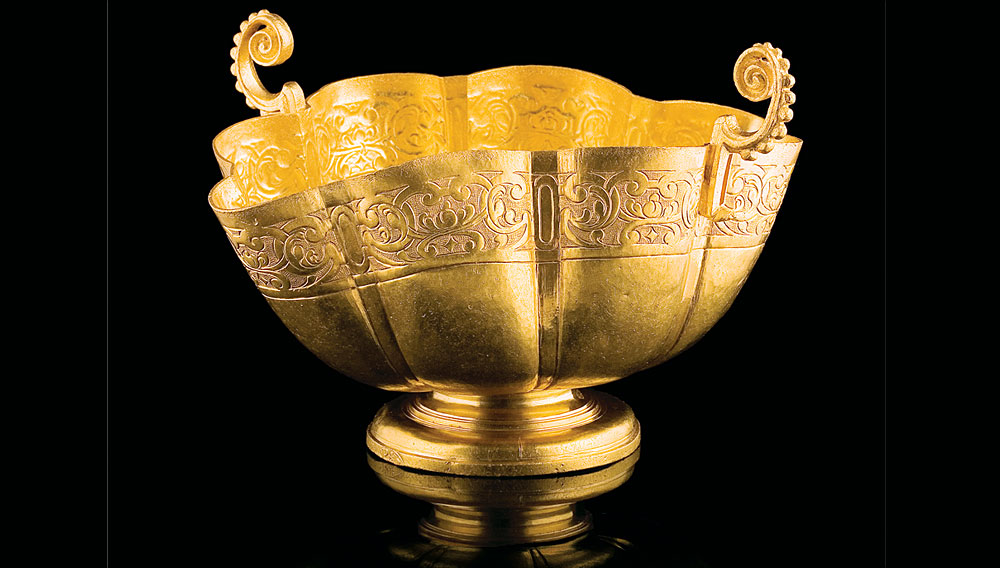 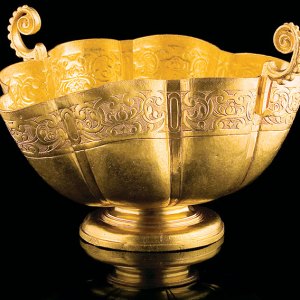 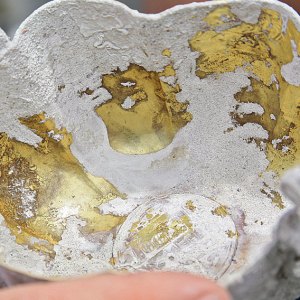 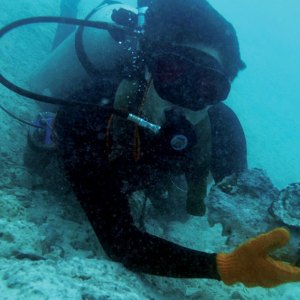 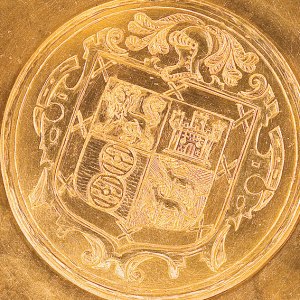 A solid-gold chalice from the 17th-century Santa Margarita shipwreck.

The fantasy of sunken treasure lured Mike DeMar, a 20-year-old diver from Seattle, across the country and into the sparkling blue-green waters off Key West, Fla. It was June 2008, and he was the rookie on a shipwreck-exploration team tracking underwater trails left some 400 years earlier by the Santa Margarita, a Spanish galleon loaded with gold, silver, and pearls. DeMar’s efforts at first produced nothing more than a few pottery shards and some square iron ship’s nails. But then he struck gold—literally.

While DeMar was diving just 18 feet below the surface, his metal detector began to screech. He started digging into the sand and pulled out something covered in sediment—most likely just another old beer can. But after clearing away some of the sediment, he noticed a shining layer of gold. “Time just stopped down there underwater,” he recalls.

DeMar was holding a magnificent solid-gold chalice—a find that would turn out to be the single most valuable artifact discovered on the Santa Margarita shipwreck site in more than two decades. The ornate, 5-inch-tall drinking vessel, or bernegal, is now being offered to a Robb Report reader through Blue Water Ventures, the Key West–based underwater-exploration company that employed DeMar.

Covered in intricate etchings of scrolls and animals, the chalice has a mysterious crest of arms engraved on the base. Experts have not linked the crest to any of the passengers aboard the Margarita but believe that a helm above the engraving could mean it belonged to a Spanish peer, perhaps a duke or baron. However, as armorial expert Willem Vandenberg notes, “It does not appear that the engraver was familiar with heraldry or much concerned with accuracy.” James Sinclair, a prominent archaeologist and conservator, shares that opinion, and he says that while it is possible the vessel was crafted in the Old World, “it is highly probable that the arms were engraved by a New World artisan copying from an example.”

The Margarita was part of a fleet of Spanish treasure ships that for hundreds of years transported the vast riches of the Americas along the Carrera de Indias, the sea route between the Old and New Worlds. Tons of silver, gold, emeralds, and pearls; personal possessions of the passengers and crew; navigational instruments; tableware—anything one might imagine in a wealthy Spaniard’s home or a Catholic altar—could be found aboard these wooden galleons.

In September 1622, the Margarita was one of 28 ships setting sail from their final port of call in Havana and heading north across the Straits of Florida. But within days of leaving port, the fleet encountered a violent storm near the Marquesas Keys. Five ships sank, and more than 500 passengers and crew perished, 142 of them from the Margarita.

Spanish salvagers made a few attempts to recover the Margarita’s treasures in the years after, and they were rewarded with several hundred silver ingots and thousands of silver coins. But most of the treasure remained scattered and buried beneath the sands, and over time the Margarita was forgotten.

The wreck was rediscovered in the 1980s, and in 2006 Keith Webb, owner of Blue Water Ventures, secured the rights to search the area. “Remote sensing technologies have progressed dramatically since a 23-foot section of the wreck was first discovered back in the 1980s,” Webb says. His team’s exploration of the site, which continues to this day, involves three vessels for survey and excavation. Two of the vessels are equipped with sonar that searches the ocean floor for irregularities; cesium magnetometers that map buried objects containing iron, such as anchors, chains, and cannons; and global positioning equipment that pinpoints the location of anomalies for divers to investigate. So far, these tools have led Webb’s team to a bounty that includes gold bars, silver coins, a gold reliquary, and a lead chest holding 16,184 still-luminous natural pearls. But no single discovery since the 1980s compares to the chalice DeMar pulled from the ocean floor in 2008.

Since its discovery, the chalice has undergone conservation and the careful removal of a layer of white, calcareous concretion—the result of nearly four centuries in the possession of the sea. The chalice remained under lock and key until adjudication by the U.S. District Court for the Southern District of Florida last year. It has been issued a certificate of authenticity signed by Eugene Lyon, Ph.D., a historian and the foremost authority on the 1622 shipwrecks; Dr. R. Duncan Mathewson III, a marine archaeologist; Kim Fisher, the president of Motivation Inc. (also known as Mel Fisher’s Treasures, Blue Water’s partner in the venture); and Webb.

A treasure hunter himself, Chris­topher Columbus once wrote in a letter to his Spanish patrons, “Gold is most excellent, of gold there is formed treasure, and with it whoever has it may do as he wishes in this world and come to bring souls into Paradise.” The chalice discovered by DeMar is a rare surviving example of the era’s gold forms, and is guaranteed to be a most excellent addition to any treasure chest.