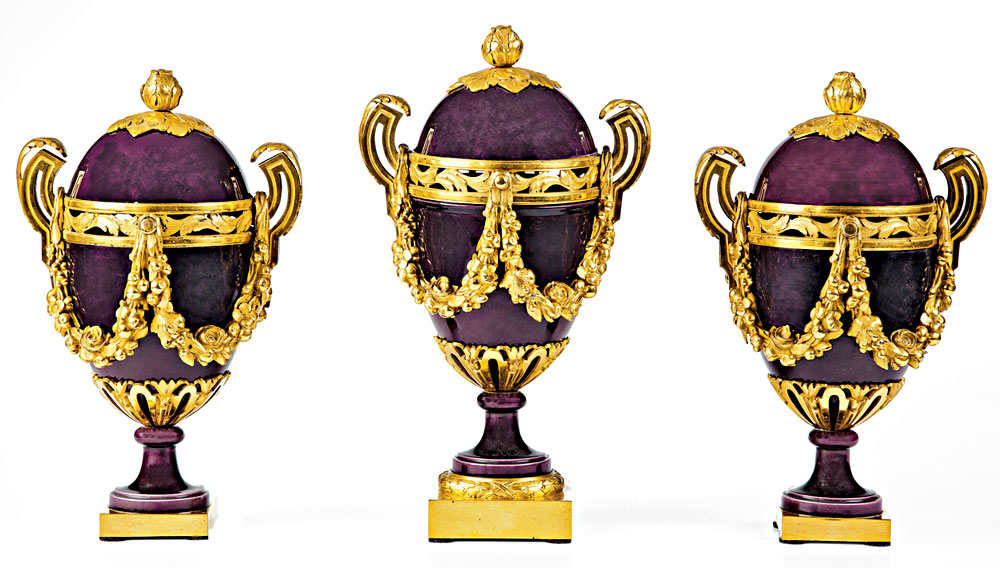 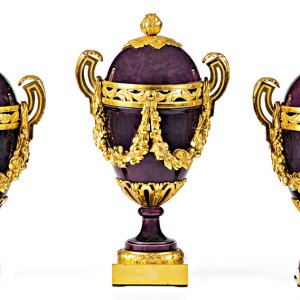 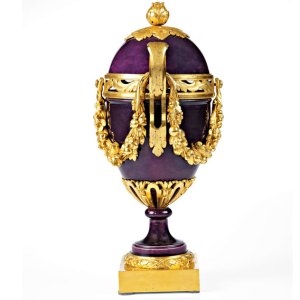 In the early 18th century—after hundreds of years of pleading, industrial espionage, and furious alchemy—Europeans finally figured out how to produce china outside of China. Artisans in Meissen, a Saxon town that is now part of Germany, hit upon a sound recipe for Chinese-style, hard-paste porcelain and opened a factory there in 1710. This was a major development: The Chinese had been exporting porcelain since the 14th century, early in the Ming dynasty, and generations of European elites were mad for it. Porcelain was so potent a status symbol that it was called “white gold.” Meissen’s royal sponsor—Augustus the Strong, the elector of Saxony—reaped the glory that came with the great achievement.

Naturally, the French were not about to take any such drubbing. King Louis XV began investing in the porcelain factory at Sèvres, becoming its owner in 1759, with the goal of outshining Meissen. Sèvres made soft-paste porcelain, a variety that allowed a wider range of colors and glazes, and around 1768, the artisans aimed for the moon: a regal shade of purple. The hue had been associated with royalty for millennia, and producing it in porcelain would have brought a triumph to Louis and to France—and left Meissen scrambling to catch up. The formula for purple, however, turned out to be excruciatingly difficult, and Sèvres managed to produce only eight known pieces in a lively hue called “fond violet.” Though Sèvres would attempt purple again, it never matched the magnificence of this violet. Today, two of the small vases are in the Musée National de Céramique-Sèvres, and a trio of vases belongs to the Duke of Devonshire. The second trio is being offered exclusively to one Robb Report reader by Mallett, the venerable antiques dealer with galleries in London and New York.

This group of vases was originally a gift to the statesman Jean-Baptiste de Machault d’Arnouville in December 1768. The center vase stands 12 inches tall on its ormolu (gilt bronze) base, and the flanking vases, also on ormolu bases, are slightly shorter than 11 inches, rendering the garniture ideal for display on a mantelpiece. The trio was lost after Machault d’Arnouville died in 1794, and was rediscovered in France in the 1990s. Mallett acquired it about a year ago.

Though the shade of violet on the vases looks beautiful to modern eyes, Sèvres officials likely would have demurred: The finicky nature of the formula deprives the pieces of the uniform color for which they strived. Nonetheless, Sèvres did not hesitate to embellish the pieces richly with swags of ormolu, the finishing touch to an exquisite accomplishment in porcelain.