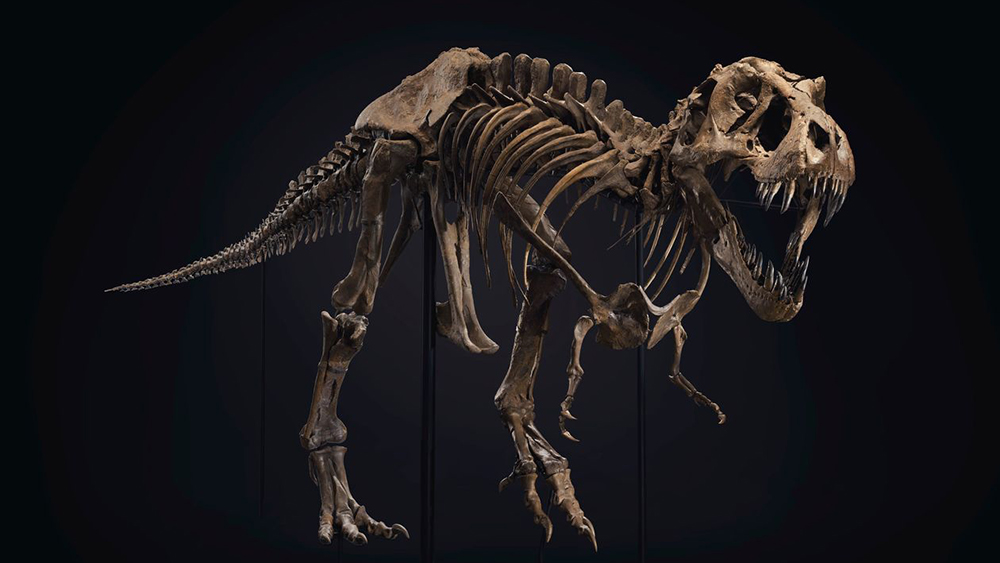 A $32 million Tyrannosaurus rex skeleton that sold at Christie’s in 2020 will become the centerpiece of a new museum in Abu Dhabi set to be completed in 2025.

The 67-million-year-old skeleton is nicknamed “Stan,” and it set a record price for a fossil when an anonymous bidder on the phone with a Christie’s London specialist bought it for a hammer price of $27.5 million. With premium, its final price increased to $32 million, making it more expensive than many works by contemporary artists that head to auction. The sale coincided with a rise in the trafficking of ancient fossils and, with it, concerns from scientists about increased demand among private buyers hunting for natural trophies.

The sale of “Stan” surpassed the previous record for a dinosaur fossil, which was minted in 1997 by the $8.4 million sale of “Sue” to the Field Museum of Natural History in Chicago. At the time of the sale of “Stan,” mystery surrounded the fate of the prized fossil; it was unclear whether it went to a private buyer or an institution. Some scholars worried that the widely studied artifact would become unavailable to researchers if it went to a private collector.

“Stan” only became available for sale after a judge ordered it to be sold in 2018 to resolve a legal row between two owners of the excavating company that unearthed it in in North Dakota. After that, Christie’s eyed private collectors with ties to natural history museums in the US as potential buyers.

The fossil was exported from New York to the U.A.E. in May 2021, according to US Trade reports reviewed by National Geographic. Abu Dhabi’s Department of Culture and Tourism said in a statement on Wednesday that “Stan” will be housed in the Natural History Museum Abu Dhabi, a new 377,000-square-foot institution that is undergoing construction on Saadiyat Island. Also included in that museum’s collection is a 7-billion-year-old meteorite recovered in Australia.

The museum, which does not yet have a name, will join a network of institutions located in the Saadiyat Cultural District, among them the Louvre Abu Dhabi and the forthcoming Zayed National Museum and Guggenheim Abu Dhabi. The development is part of the local government’s strategy to expand the city’s cultural sector. HE Mohamed Khalifa Al Mubarak, chairman of Abu Dhabi’s Department of Culture and Tourism, said in a statement the agency’s aim is “to make Abu Dhabi the place for research, collaboration and discovery.”