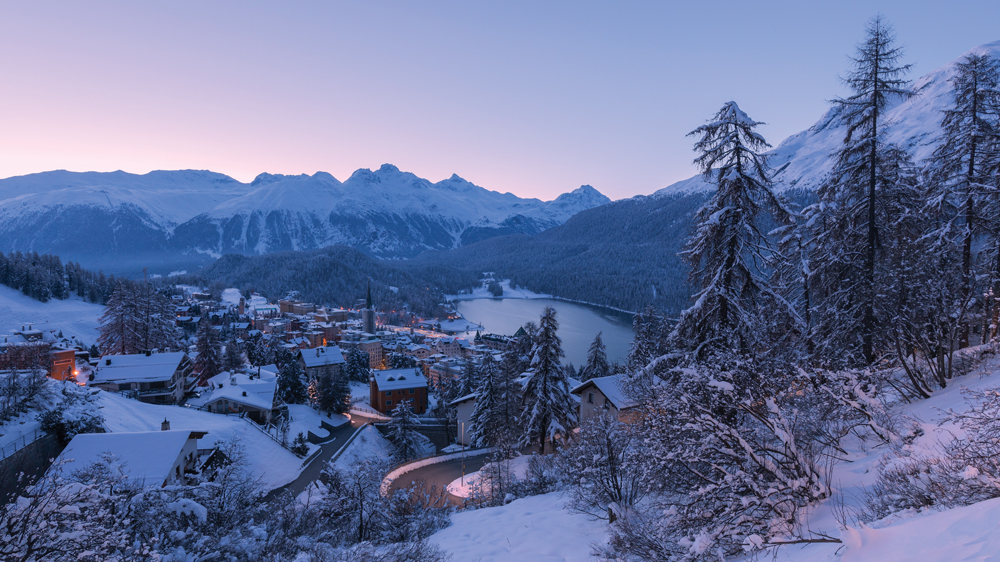 The Alpine ski resort of St. Moritz is longer the sole preserve of those with a passion for off-piste powder. In the decades since renowned dealer Bruno Bischofberger opened the first art gallery there in 1963, the rarefied Swiss enclave has been quietly building a reputation as a major art world destination with a host of powerhouse galleries setting up shop—the most recent addition being Zurich-based Hauser & Wirth, which has just inaugurated a new 4,000-square-foot space there. White walls, it seems, just might be replacing snow white peaks as the epicenter of the St. Moritz social sphere.

“The Upper Engadin Valley has been a cauldron of creativity for more than a century,” says gallerist Iwan Wirth, name-ticking just a few of the notable artists and thinkers who have called St. Moritz home and home-away-from-home—among them Alberto Giacometti, Jean-Michel Basquiat, Gerhard Richter, Julian Schnabel, Vaslav Nijinsky, Friedrich Nietzsche, and Thomas Mann.

For co-owner Iwan Wirth, his gallery opening is a homecoming of sorts. “During my childhood we often holidayed in St. Moritz, and I staged my first pop-up show in the Hotel Carlton when I was 16,” he says. Decades later, his new Alpine outpost is sure to impress with a roster of artists that includes Mark Bradford, Louise Bourgeois, and Rita Ackermann. It also solidifies what the young Wirth knew: Art is more enjoyable after a day of carving turns on slopes of powdery snow.

The Hauser & Wirth St. Moritz exhibition includes a series of black fabric heads made between 2000 and 2003, during the final years of the renowned French-American artist’s life, which are presented alongside late experimental works on paper. The title of the exhibition, “Papillons Noirs,” is drawn from one of Bourgeois’s “psychoanalytic writings,” a group of texts written while she was undergoing intensive psychoanalysis. Penned on a loose sheet of paper dated January 31, 1966, the phrase, which means “black butterflies,” is an old French metaphor for melancholic thoughts, and references her depression and anxiety.
Through February 10

Having studied in both her native Korea and in Italy, the artist has created a new body of work for the Robilant & Voena exhibition using traditional techniques and materials such as Hanji paper and ink, which evinces her meditative, repetitive approach to art making.
Through January 19

The Vito Schnabel Gallery solo exhibition includes new and recent sculptures that highlight the artist’s long-standing fascination with the nation of Switzerland and the pristine bliss that stands at the heart of the “Swiss brand.”
Through February 3