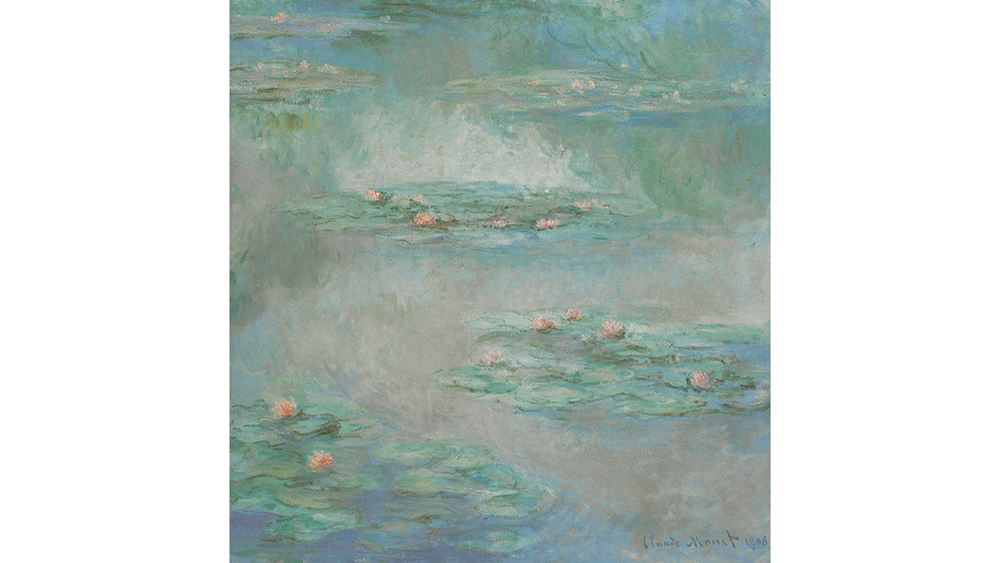 These days, it seems that whenever a hammer hits, Monet makes headlines. Just last month, the French Impressionist’s shimmering Haystacks (Meules, 1980) fetched a staggering $110.7 million at Sotheby’s New York—smashing its $55 million estimate and making it the most expensive Impressionist painting ever sold. Now, one of the towering artist’s beloved water lily works—unseen for nearly a century—is raising expectations again, as it is set to grace the block at Sotheby’s London next week.

Nymphéas (1908) has been housed in a private family collection for 87 years. It was acquired in 1932, passed down from generation to generation, and will make its auction debut at Sotheby’s Impressionist and Modern Art evening sale on June 19. The work is expected to collect between £25 million and £35 million (or $31.7 million to $44.4 million)—but given the recent Monet mania, few will be surprised if it eclipses its top estimate.

The painting is part of the artist’s famed “Water Lilies” series, which spanned five years, from 1904 and 1909. The series includes approximately 250 paintings of his flower garden and pond in Giverny. Monet used a dramatically cropped canvas and zoomed in on the flowers and achieve his signature effect.

“What he’s trying to do more than anything else is evoke a sense of the atmosphere, not just the mood, but the physical atmosphere,” Thomas Boyd-Bowman, head of Sotheby’s Impressionist and Modern Art evening sale in London, told Barron’s.

The work shows “mist rising off the surface of the pond, and how that plays with the way we see through the surface and the reflections on top of it,” Boyd-Bowman said. “It’s only in pictures like this that you really get that amazing sense of naturalism in the visual effect of the painting.”