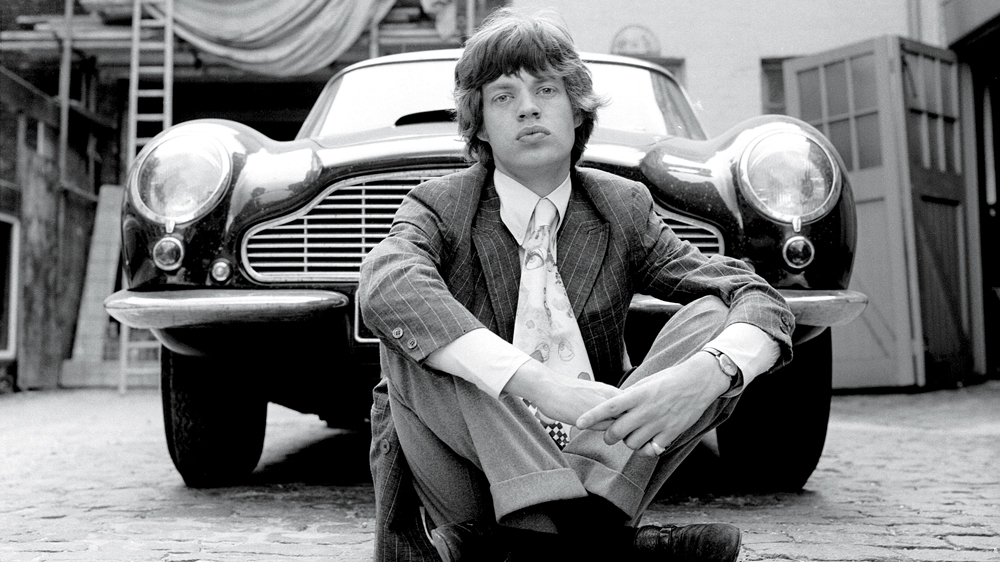 The year 1966 proved a standout vintage not just for Bordeaux but for automobiles and popular music. The British Invasion stormed the ramparts of adolescent imaginations, as the Beatles and the Rolling Stones vied for the top spot on the music charts. Aston Martin was at the top of its game too with the recently launched DB6, a sports car that, along with Italian marques, represented the pinnacle of performance and style. The summer of that year, 22-year-old rock and roller Mick Jagger treated himself to a brand-new, midnight-blue DB6, which sold for about $14,000 new. This now-famous photograph by then-19-year-old Gered Mankowitz (whose limited-edition book Backstage: The Rolling Stones reveals candid moments with the band members) captured the long-haired, flamboyantly dressed singer sitting on the cobblestones of a neighborhood just off London’s Baker Street, in front of his recent acquisition. Both car and singer are immediately recognizable by their unique mouths—features that continue to define both legends today.

The Timeline Evolution of a Star Car

September 1963
Aston Martin’s DB5 stars in Goldfinger as the transportation of choice for secret agent 007. Paul McCartney and George Harrison each buy a DB5.

June 1966
The Stones record “Paint It Black.” The track rockets to number one in the States and the U.K.

Summer 1966
A newly rich Mick Jagger buys his own DB6, which wears registration number KJJ4D. Paul buys one too.

January 1971
The last DB6 rolls out of the Newport Pagnell factory.

May 2014
An original silver gelatin print by Gered Mankowitz of Mick and his Aston Martin, taken prior to the collision, is auctioned at the Bonhams Aston Martin Works Sale for $4,205.