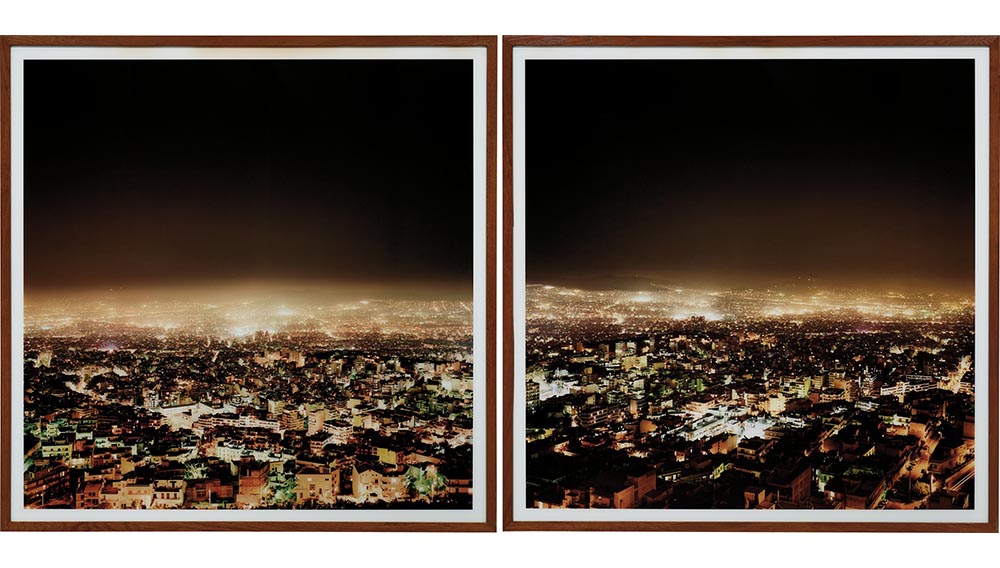 On 4 April, Phillips will present its first Photographs auction of 2016, featuring 264 lots that span the history of the medium. Among the top lots are works by contemporary masters, Andreas Gursky, Richard Prince and Andres Serrano, balanced by a beautiful selection of prints by Walker Evans and other photographic legends, such as Robert Frank and Diane Arbus.

“This sale brings together remarkable examples from over 130 years of photographic practice from acclaimed photographers around the globe. Specifically, we are thrilled to bring to the market an exceptional selection of photographs by Düsseldorf Art Academy alumni, including Andreas Gursky, Thomas Struth, Thomas Ruff and Elger Esser,” said Sarah Krueger, Phillips Head of Sale for Photographs in New York.

Leading the sale is Andreas Gursky’s striking diptych, Athens, 1995, which is estimated at $250,000-350,000. These monumental color photographs are a prime example of the artist’s conceptually rigorous interweaving of micro details into a macro structure. Now lauded as one of the greatest contemporary European photographers, Gursky was once a student of Bernd and Hilla Becher where, at the Düsseldorf Art Academy, he and his peers became the first generation of students to receive acclaim in the international arena of contemporary art.

Artistic interpretations of the American West are seen in highlights by Richard Prince and Richard Avedon. Remarkably bold in composition and appropriative in artistic gesture, Prince’s Untitled (Cowboy), 1993 rides across the silhouetted plain, lasso in one hand, reigns in the other, a herd of wild mustangs galloping behind, exuding the romantic promise of freedom and the rustic glamour associated with the western landscape. Further, Peggy Daniels, cashier, Giddings, TX, May 7, 1981, estimated at $80,000-120,000, is a key work from Richard Avedon’s five-year project documenting everyday people living west of the Mississippi River in all walks of life. Taken in May of 1981, at the height of Gidding’s transformation into a bustling industrial center, Peggy Daniels embodies the success of the region, presenting herself as proud and assertive.

Also by Richard Avedon is his August 15, 1967 iconic portrait of the Beatles, one of seven works by the artist included in the sale. Gifted from Avedon to Nat Weiss, the Beatles’ lawyer, merchandising manager in the United States, and early promoter of their music, the print on offer is believed to be the earliest print of the image in this format. It is exceptionally rare to the market with a unique provenance that beautifully ties together the photographer and his subject.

Further adding to the contemporary highlights is Andres Serrano’s polarizing Piss Christ, 1987, which exemplifies the artist’s challenge of the sacred, and subsequent exploration of his own relationship with the complex ideologies of contemporary culture. Additional contemporary works on offer include works from the most well-known series by the master of photographic illusion, Vik Muniz, including Red, Orange, Orange on Red, after Mark Rothko from Pictures of Pigment and Audrey Hepburn from Pictures of Diamonds, 2005, estimated at $50,000-70,000. From Robert Frank’s Inauguration Day (Pennsylvania Avenue, Washington, D.C.), 1957, to Diane Arbus’ lifetime print, Miss Venice Beach, Cal., 1962, both estimated at $30,000- 50,000, and Lewis Baltz’s Nevada portfolio, on offer for $50,000-70,000, additional classic works are equally well-represented.

Several esteemed collections also figure prominently in the sale, including twenty lots from the Private Collection of Rita Krauss, a visionary who as both a private dealer and collector has been active in the market since the early 1980’s, notably as an early supporter of Cindy Sherman and Vik Muniz. Highlights from her collection include Muniz’s The Absinthe Drinker, After Edgar Degas from Pictures of Magazines II, 2011, estimated at $70,000- 90,000, and Laurie Simmons’ Walking Camera (Jimmy the Camera), 1987, at $30,000-40,000.

Also included in the sale are Photographs from a Private East Coast Collection, featuring a selection of works by leading photographers such as Man Ray whose Profile Study of a Woman, 1928, on offer for $25,000-35,000 was used as an advertisement for his Paris portrait studio in 1935. Additional works from this distinguished collection include prints by Dorothea Lange, Lisette Model and Carleton Watkins, whose The Half Dome, Vernal and Nevada Falls, from Glacier Point Yosemite, 1878-1881, originates from the Gordon L. Bennett Collection.

Lastly, a group of eight prints by Walker Evans will be available at auction after residing in the same private collection for forty years. These works, including Penny Picture Display, Savannah, Georgia, 1936, and Sidewalk and Shopfront, New Orleans, 1935, estimated at $10,000- 15,000, demonstrate Evans’ incredible skill in transforming vernacular scenes into enduring works of art.