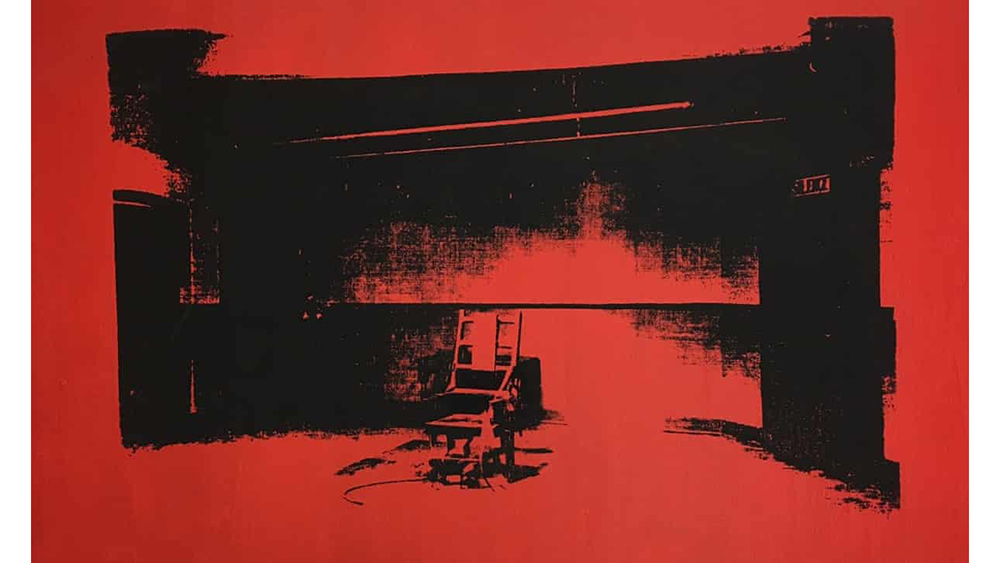 In 2017, heavy metal musician Alice Cooper found an Andy Warhol silkscreen of an electric chair that had been in storage in his Arizona home for four decades. Now, Cooper is planning to auction the piece, titled Little Electric Chair.

The work is based on a press photograph from 1953 at New York’s Sing Sing prison and comes from Warhol’s famed 1960s series “Death and Disaster.” Cooper is offering it through the Arizona art dealer Larsen Gallery in October. It is valued at $2.5 million–$4.5 million.

Cooper and Warhol became acquaintances at Max’s Kansas City in New York City during the 1970s. Cooper received the piece as a gift from model Cindy Lang, who bought it for $2,500, according to reports from 2017. “This silkscreen was given to me during some crazy years and I had completely forgotten I even owned it,” Cooper said in a statement.

Cooper commissioned dealer Richard Polsky to authenticate the unsigned work. Polsky believes it was completed in either 1964 or 1965.

Even if the work sells at the upper end of its estimate, it will still be far below the top price paid for a version of Little Electric Chair. That record was generated in 2015, when a green version from 1964 sold for $11.6 million at Christie’s. That work is published in Warhol’s catalogue raisonné issued by the Andy Warhol Foundation.

The value on Cooper’s 22-by-28-inch silkscreen and the unconventional sale venue both point to the challenges posed in authenticating an unsigned Warhol. Top auction houses typically have works reviewed by the artist’s estate before offering them for sale. But that would have been difficult for Larsen Gallery to do, given that the Andy Warhol Foundation dissolved its authentication board in 2011 after collector Joe Simom-Whelan sued the organization, alleging that it was engaging in price-rigging.