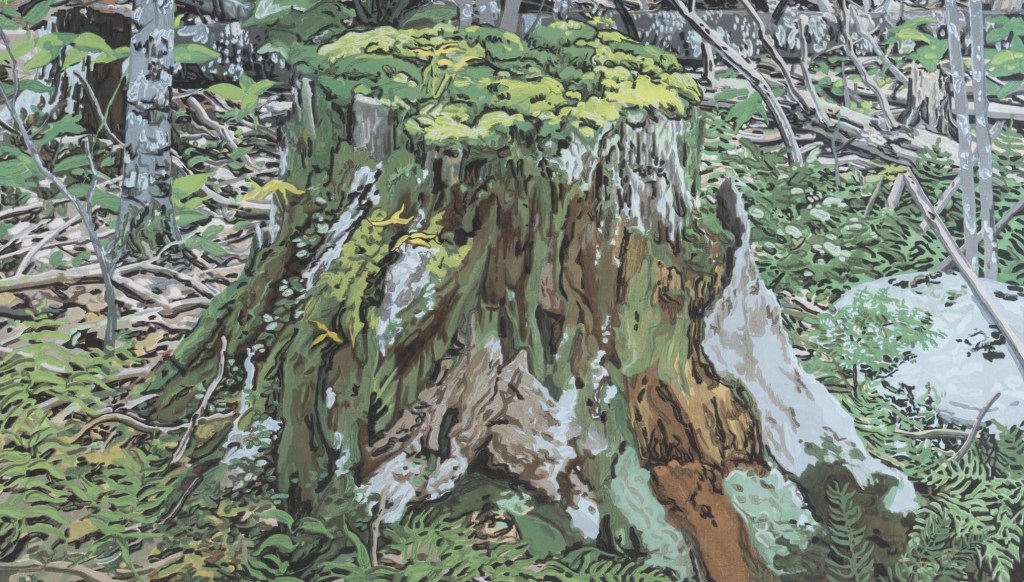 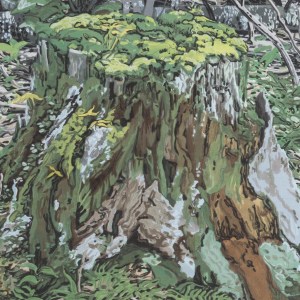 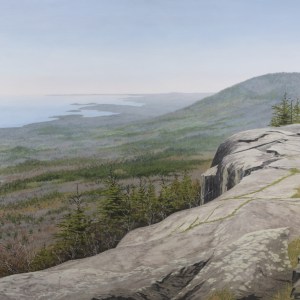 Thos. Moser will feature contemporary artist Neil Welliver—known for his large-scale landscape paintings of the Maine woods and so much more—as well as works by his students, and also artwork depicting Acadia National Park and Mt. Desert Island at the Thos. Moser Freeport Showroom, 149 Main Street, from May 28 through October 10, 2016.

Approximately 40 works by Neil Welliver, spanning almost 40 years, will include oil and watercolor paintings, woodcut prints, linear and aquatint etchings, hand-colored etchings, silkscreens, lithographs, graphite drawings, and graphite and watercolor drawings. Welliver, who created some of the strongest images in modern American art, earned a Bachelor of Fine Arts degree from the Philadelphia Museum College of Art (now University of the Arts) and an MFA at Yale University. He went on to teach at Yale for 10 years and later became chairman of the University of Pennsylvania Graduate School of Fine Art.  He began summering in Maine in 1962 and eventually moved permanently to his farm in Lincolnville.

“The Neil Welliver show is extensive in size and medium, perhaps one of the largest installations of his work since his death in 2005,” says Laurie Perzley, art curator of the Thos. Moser Freeport Showroom.

In addition, all of Welliver’s students featured in the exhibit currently reside in Maine and were either taught by Welliver at University of Pennsylvania, including Shelia Geoffrion, Eileen Gillespie, Charles Osgood and Ted Wengren, or locally in Lincolnville, Maine, such as Michael Reece and Lynn Travis.

An opening reception will be held Thursday, June 23 from 6-8 p.m. at the Thos. Moser Freeport Showroom, 149 Main Street, Freeport, Maine. Showroom hours are Monday through Saturday, 10 a.m. to 6 p.m. and Sunday 11 a.m. to 5 p.m. For more information, contact Sherry Moeller at 301-807-0910 or at sherry.moeller@mokimedia.com or visit www.thosmoser.com/freeport.