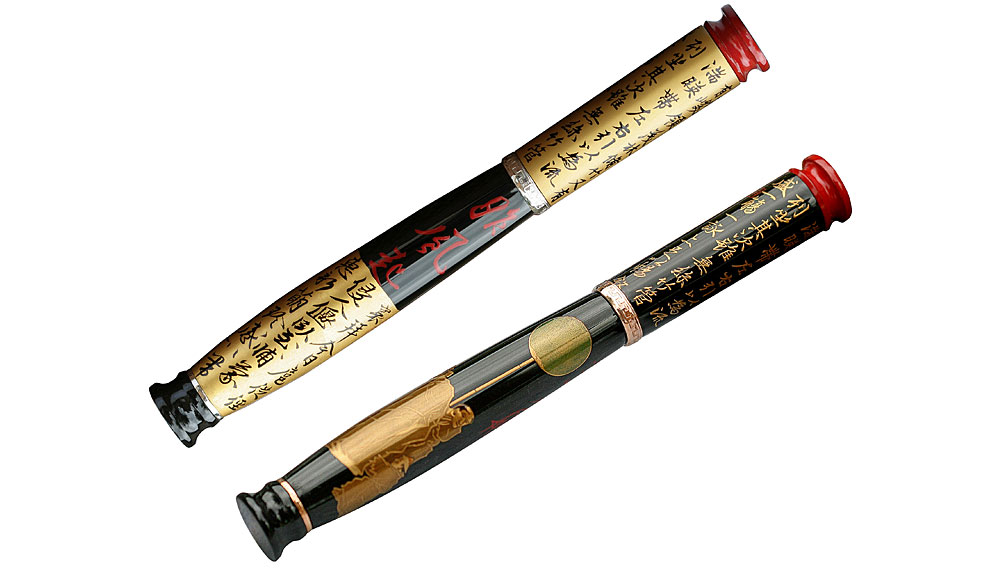 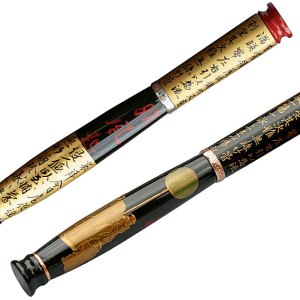 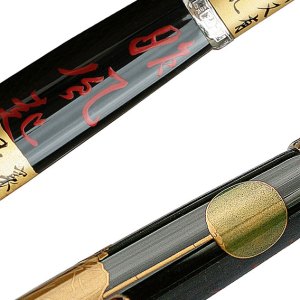 Loiminchay, the pen company known for its modern interpretation of ancient Asian culture, has introduced a new design in its Chinese calligraphy-themed writing instruments. Loiminchay’s Calligraphy II models, which come in white or rose gold, are decorated with xingshu (Chinese calligraphy) characters. Just 28 pens will be created in white and rose gold. The black, gold, and red characters and images are depicted in the style of Mi Fu, a calligrapher born during the Song Dynasty who was best known for his misty landscapes. The style, later coined Mi Fu style, involves the use of large wet dots of ink applied with a flat brush. Loiminchay’s Calligraphy II is the second in a three-part series of writing instruments, each depicting different forms of Chinese lettering and symbols associated with ancient calligraphy. Each pen is priced at $15,000. (www.loiminchay.com)