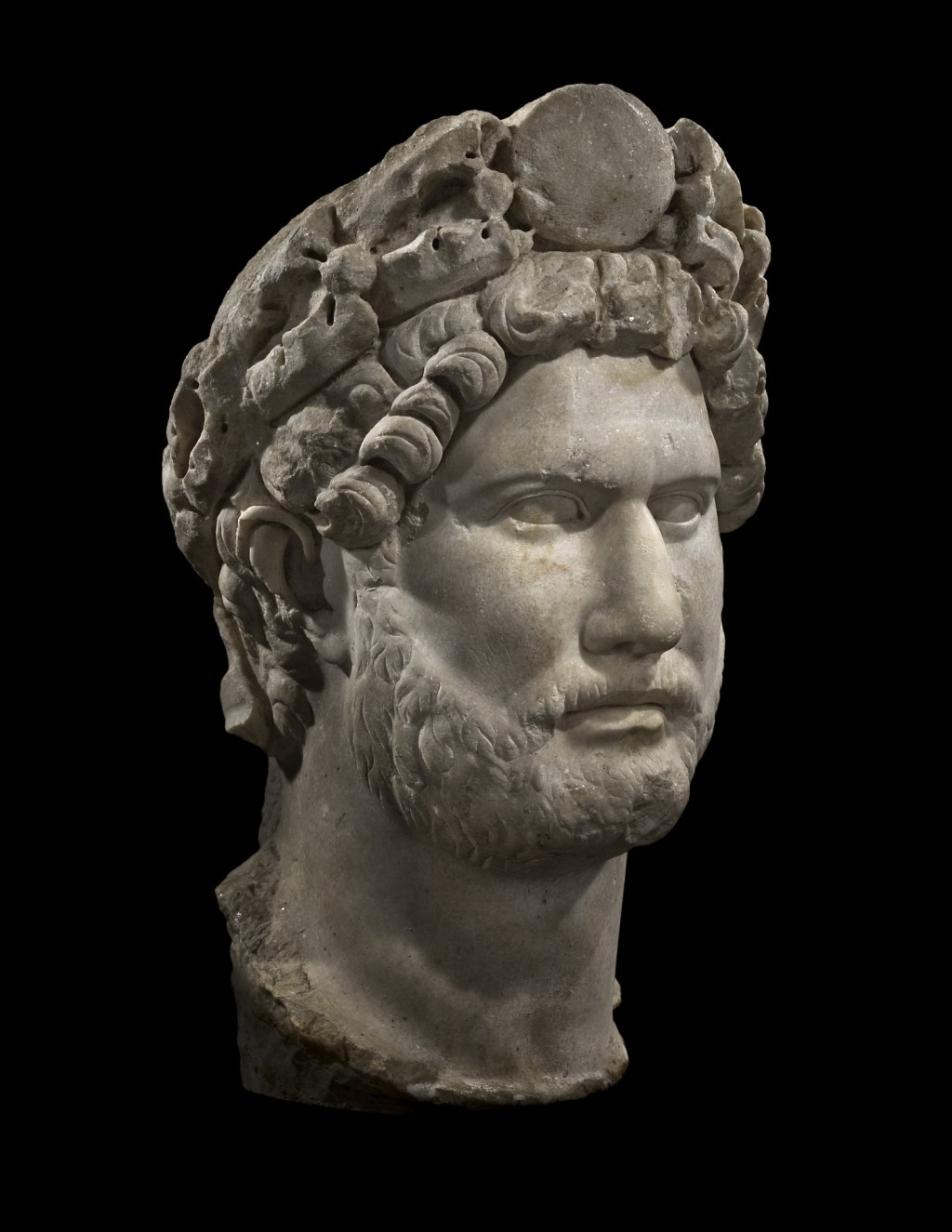 The rare marble portrait of the famous philhellenic emperor, Hadrian (left) belonged to an impressive, larger-than-life sculpture and shows the emperor as commander in chief and Pater Patriae (Father of the Country). Courtesy of Phoenix Ancient Art
View Gallery — 5   Photos 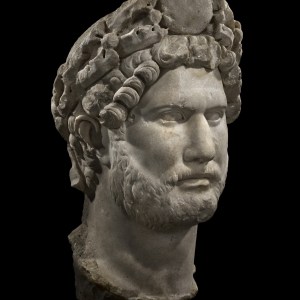 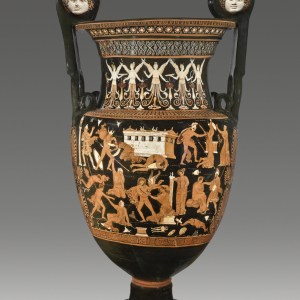 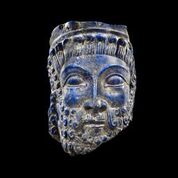 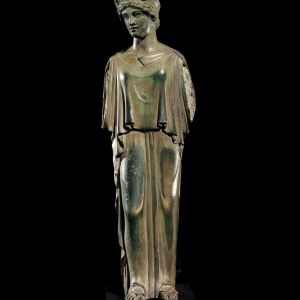 An exhibition of objects inspired by the Pantheon in Rome, recalling the architectural masterwork of the Emperor Hadrian, will be the highlight of the inaugural edition of TEFAF New York Fall, October 22-26, 2016 at the Park Avenue Armory. Inspired by the ancient temple, Phoenix Ancient Art, one of the foremost antiquities specialists in the world, with the work of Dutch master stand-builder Stabilo, will meticulously recreate a spectacular Pantheon booth in the Park Avenue Armory, complete with a vaulted dome ceiling and distinctive central oculus illuminating the space. The Emperor Hadrian is noted in antiquity as emperor, connoisseur of the arts, and architect.

“I never miss an opportunity to visit and experience the Pantheon whenever I am in Rome,” said Hicham Aboutaam, co-founder of Phoenix Ancient Art. “The inspiration of this domed temple, a unique masterwork of architecture, lies not only in its perfect form and unparalleled preservation, but also in the embodiment of the spirit of the Classical world seen in all of its ancient glory — all the more remarkable as it is still visible in our own time.”

Famous for his philhellenic interests, Hadrian favoured Roman works inspired by Greek art of the Classical Period, and his preference influenced a style later called Hadrianic Classicism. As a collector, he assembled copies of Greek 5th century B.C. sculpture at his villa in Tivoli. Exhibited here (right) is a Graeco-Roman bronze masterwork that reflects the influence of such a classical style. A statuette of Herakles embodies both the power and beauty of an athletic male physique and demonstrates knowledge of styles from the Classical and Hellenistic periods. The torso bending forward expresses the figure’s vigorous movement and the muscles of the nude body convey its great tension – all of which suggest a climax of combat just before the hero’s victory over an adversary. Using additional techniques such as chiseling and inlay – the eyes of the figure are silver and the lips are inlaid with copper – the artist was able to create a fully expressive face and a more realistic depiction of anatomy. In antiquity high quality statuettes were likely included among objects of art that formed the collections of wealthy and cultivated Romans.

Hadrian’s duties as head of state and chief commander of the military brought the emperor to the most distant parts of the Roman Empire, as far as Britannia in the west, and in the east to Egypt and to Parthia, a part of Mesopotamia that was once a province of the Achaemenid Empire. From this culture comes the head of a god or a king made of precious lapis lazuli which belonged to a statuette of considerable size. It possesses aspects and the high quality of a distinctive style created by Achaemenid court sculptors. The head’s perfectly drawn facial features and details of hairstyle and beard are combined with shapes modeled with great precision in the hard stone. Very few Achaemenid sculptures in the round have survived, either of monumental or miniature scale, and this particular work is certainly among the most exquisite and best preserved.

Almost a constant traveler as emperor, Hadrian spent a considerable time in Asia Minor, where his interest in hunting brought him to the province of Mysia. He may have crossed the lands in the region of ancient Troy, and, being classically versed, he certainly knew of Homer’s Iliad. In the niche of the Phoenix Booth’s Pantheon stands a monumental Greek terracotta vase from the 4th century B.C., attributed to the Darius Painter. The scenes depicted on the vase illustrate episodes from the sack of Troy: Priam, king of Troy, is about to be dispatched to the afterlife at the hands of Neoptolemos; Ajax commits a sacrilegious act by raping Kassandra within a sanctuary; the reunion of Helen and Menelaos takes place at the shrine of Apollo, as the goddess of love, Aphrodite, appears to observe it. Exquisitely painted on the front side of the vase, the participants are identified by their inscribed names.  The Darius Painter, among the most accomplished Greek vase painters known to us, is fond of representing the human figure in three quarter view. The faces of his figures are remarkably expressive, and the fold-lines of his drapery suggest a three-dimensional, voluminous aspect of the figures.

An exploration of the art, techniques, and technologies of the ancient world brings us to the Phoenician city of Sidon on the coast of today’s Lebanon. Sidon is associated with the invention of a technique for making blown glass. Ennion is the most famous artist known to have made such works of art. In the 1st century A.D., he significantly improved mold blown production of glass by adding elaborate decoration and introducing various shapes of vessels, and he proudly claimed his work with an inscription in Greek: “Ennion made [it]”. Such an inscription is found on the exquisite two-handled cup of cobalt blue glass presented solely in the exhibition case. His glass vessels embody the appeal of luxurious objects that must have been as pleasing to Roman Imperial taste as they are to discriminating and knowledgeable collectors in our own time. The introduction of this cup is a significant contribution to the corpus of the Ennion’s oeuvre, one that was fully studied and presented in the exhibition “Ennion: Master of Roman Glass” at the Metropolitan Museum of Art in 2015.

About Phoenix Ancient Art: Phoenix Ancient Art is considered to be one of the world’s leading dealers in rare and exquisite antiquities. Founded in the mid-1960s by the late S. Aboutaam, Phoenix Ancient Art is now managed by his sons, Ali and Hicham. Growing up with their father’s business, these brothers developed a great love for, and first-hand knowledge of, many objects of ancient art like those in their Geneva and New York galleries. Both galleries exhibit works originating from cultures that contributed significantly to the foundation of Western Civilization. Their offerings include antiquities of the highest quality and interest coming from a broad geographic range covering the Mediterranean region and western and central Asia. The scope of the collection includes objects from the lands that formed the Greek, Roman, and Byzantine world, as well as cultures in Mesopotamia, the Near East, Egypt, Europe, the Balkans, Eurasia, and the Steppes. The galleries display exceptional works extending over more than 7,000 years of human history, from the Neolithic Period of the 6th Millennium B.C. to the 14th century A.D.

About TEFAF New York Fall: TEFAF New York Fall, October 22-26, 2016 at the Park Avenue Armory, New York, is an essential next step for the world’s top art and antique dealers for whom North America is an important meeting ground in a global community of collectors, curators, interior designers and art lovers. Offering an unparalleled collection of museum-quality works, TEFAF New York will offer an exceptional opportunity to view and purchase the best pieces available on the market, across multiple collecting areas, including furniture, decorations, objects, ceramics, glass, silver, textiles, tapestries, antiquities, jewelry, paintings, drawings, sculpture, arms and armour, books, manuscripts and autographs, Tribal, Oceanic and Ethnographic Art, Asian Art, and Fabergé,  offering something of interest for every visitor.