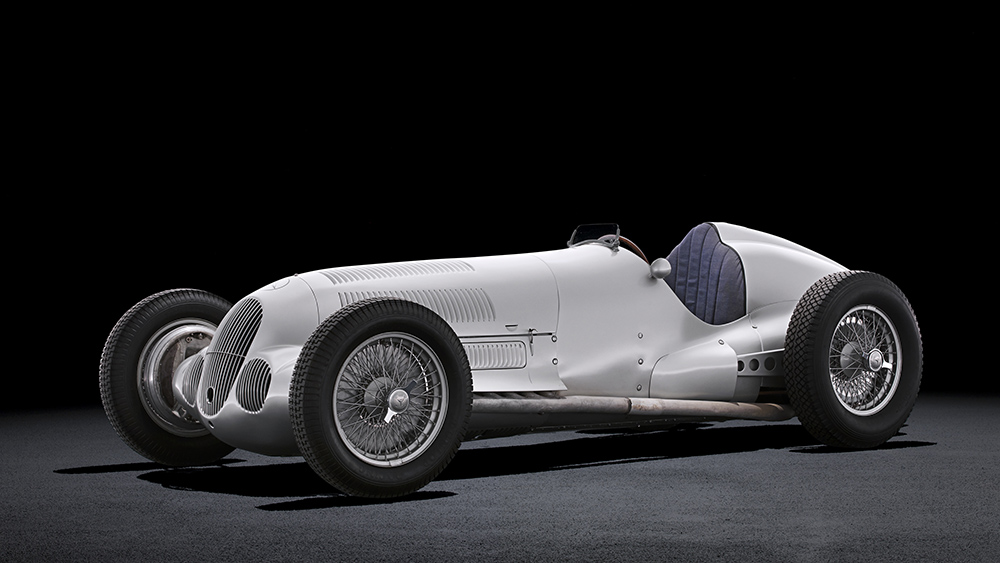 In 1986, Mercedes-Benz commissioned Andy Warhol to create a series of artworks to celebrate the German marque’s 100th anniversary. Now, for the first time in 30 years, the famous “Cars” collection will be displayed in the US.

The exhibition will be held, quite fittingly, at the legendary Petersen Automotive Museum in LA. Opening this weekend, the show will comprise not only Warhol’s masterpieces but also the real-life Mercs that inspired them.

According to the museum, the three-pointed star tapped the world-famous pop artist for the project after seeing his silkscreen prints of the Mercedes 300 SL coupe. Warhol originally planned to create 80 pieces showcasing 20 different models from the automaker’s century-long history, but he died suddenly in ‘87 before the series was completed. As a result, his final commission was limited to 36 prints on canvas and 13 drawings.

The “Cars” series has only been displayed twice in its entirety in Germany and Austria, respectively. On loan from the Mercedes-Benz Art Collection, a total of 40 works will be showcased at the museum’s Armand Hammer Foundation Gallery, alongside five of the eight vehicles that served as the artist’s muses.

First up is the iconic 1937 W 125. Initially built for Grand Prix racing, this antique four-wheeler packs a supercharged eight-cylinder engine good for 637 horses and was considered one of the most powerful road-racing cars for three decades. Another highlight is the experimental 1970 C111-II, which sports an aerodynamic fiberglass body and tri-rotor Wankel engine. It could reportedly reach speeds of 200 mph. Also included in the exhibition is a 1954 W 196 that raced in the Formula 1 championship, a Daimler Motor Carriage, a Mylord Coupe and a Type 400 Tourenwagen.

Although it’s not technically a Mercedes, there is a 1974 Rolls-Royce Silver Shadow featured in the show, too. It was Warhol’s, although the artist never actually had a driver’s license. Legend has it, he rode shotgun, alongside famous chauffeurs Mick Jagger, Imelda Marcos and Liza Minnelli. It’s nice to see the British ride got its 15 minutes in addition to the German classics.

“Andy Warhol was an iconic and influential figure that pioneered Pop art and culture,” the museum’s executive director Terry L. Karges said in a statement. “Not many have seen his automotive works, so we are excited to display them to the public alongside the unique vehicles that inspired his creative visions.

Andy Warhol: Cars Works from the Mercedes-Benz Art Collection will open to the public on Saturday, July 23.

Click here to see all the photos of the exhibition.