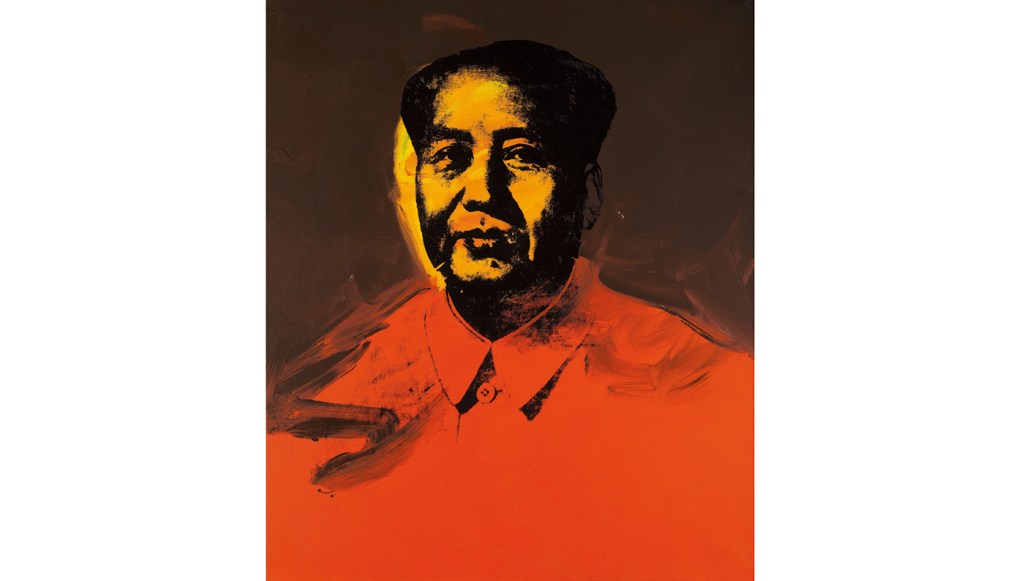 Sotheby’s turned heads when it announced it would auction a 1973 Andy Warhol silkscreen from the artist’s Mao series, based on the portrait of the communist leader Mao Zedong who dominated much of 20th-century China. This Mao’s relatively swift return to the auction block—it last sold for $9.4 million in 2014 in London—isn’t what makes the sale news. Expected to bring in up to $15 million, the piece won’t come close to the auction record for a Warhol either. His Silver Car Crash (Double Disaster) fetched seven times that amount at Sotheby’s New York in 2013. What makes this Mao so interesting is where Sotheby’s will sell it: in Hong Kong. Part of the auction house’s April 2 Modern and Contemporary Evening Sale, the lot will give mainland Chinese bidders the opportunity to take home a controversial—and potentially censorable—piece of political art.

Warhol’s depiction of Mao is an icon of 20th-century art—and it’s still a bit of a touchy subject in China. As recently as 2012, the Andy Warhol Museum pulled 10 Mao images from its Andy Warhol: 15 Minutes Eternal traveling exhibition during stops in Beijing and Shanghai. Even now, Chinese who speak scornfully of the late dictator risk losing their jobs. The fact that Sotheby’s can offer a Warhol Mao on Chinese territory shows that perhaps an appetite for the works of blue-chip Western artists outweighs any lingering political sensitivity. (sothebys.com)