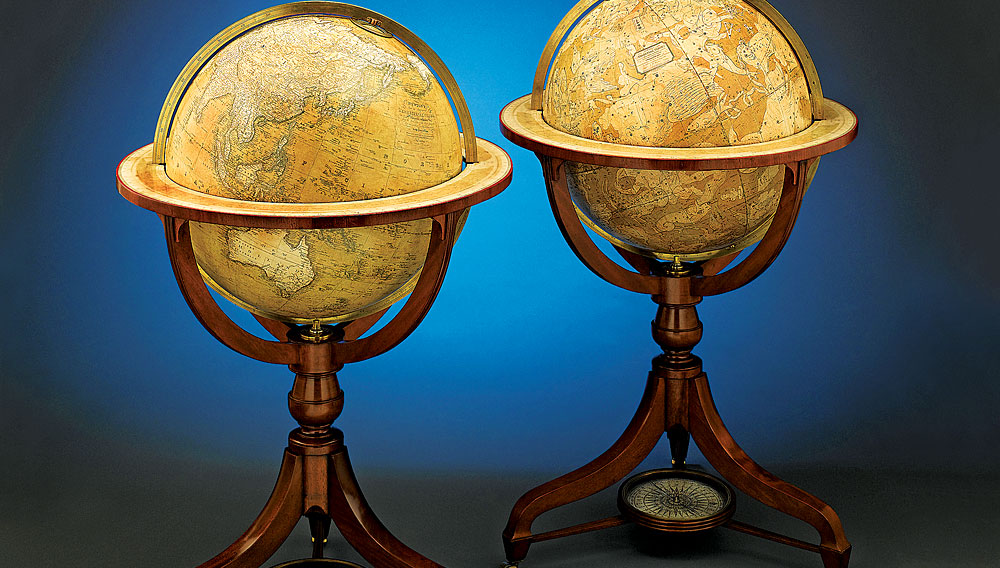 Among the treasures currently available at M.S. Rau Antiques, a fine- and decorative-arts emporium on Royal Street in New Orleans’ French Quarter, are an exquisite pair of early-19th-century English celestial and terrestrial globes by cartographers John Newton and Son, as well as what gallery owner Bill Rau calls “a phenomenal and incredibly rare silver coffee pot by patriot Paul Revere—one of only three armorial coffee pots he made prior to the American Revolution.” If prospective buyers cannot make it to New Orleans to inspect these treasures, they can view photos of the objects online or perhaps see them firsthand at an upcoming art fair. For unlike his grandfather Max, who founded the family firm in 1912, Rau does not wait for collectors to come to New Orleans. Rather, he embraces the new role of the antiques dealer: Leveraging the Internet and a global network of art fairs, he brings his antiques directly to an increasingly sophisticated clientele. “Five years ago, we did 3 percent of our business on the Internet; now it’s 10 to 12 percent, and that rate is increasing,” he says.

Rau says that long before the quantitative impact of the Internet was felt in high-end art and antiques, his company designed a user-friendly web site featuring detailed product descriptions, images, and prices. Likewise, Rau realized that while Internet sales were growing precipitously, a significant number of potential buyers steadfastly would purchase only what they could see firsthand. This fact, combined with a decreased number of tourists in post-Katrina New Orleans, prompted him to participate in more prestigious national and international art fairs, in such locations as Los Angeles, Palm Beach, Fla., and Dubai. Unlike many of his competitors who cut back on the number of fairs they attended, Rau actually spent more time on the road in 2009, taking roughly $45 million in antiques, fine art, and jewelry to nine fairs in almost every major U.S. market. The gamble, he says, paid off. “Once people realized the world wasn’t coming to an end and that the art market was not going to crash, they started to buy,” he says.

According to Rau, collectors—many of them armed with information from the Internet about the art market—are becoming increasingly sophisticated in their approach to acquisitions. He points to the emergence of an across-the-board, inter-categorical trend among these collectors. “Whether people are buying 19th-century French-genre paintings or 18th-century American silver, they want the best,” he says, “and that is what I have been focusing on.”