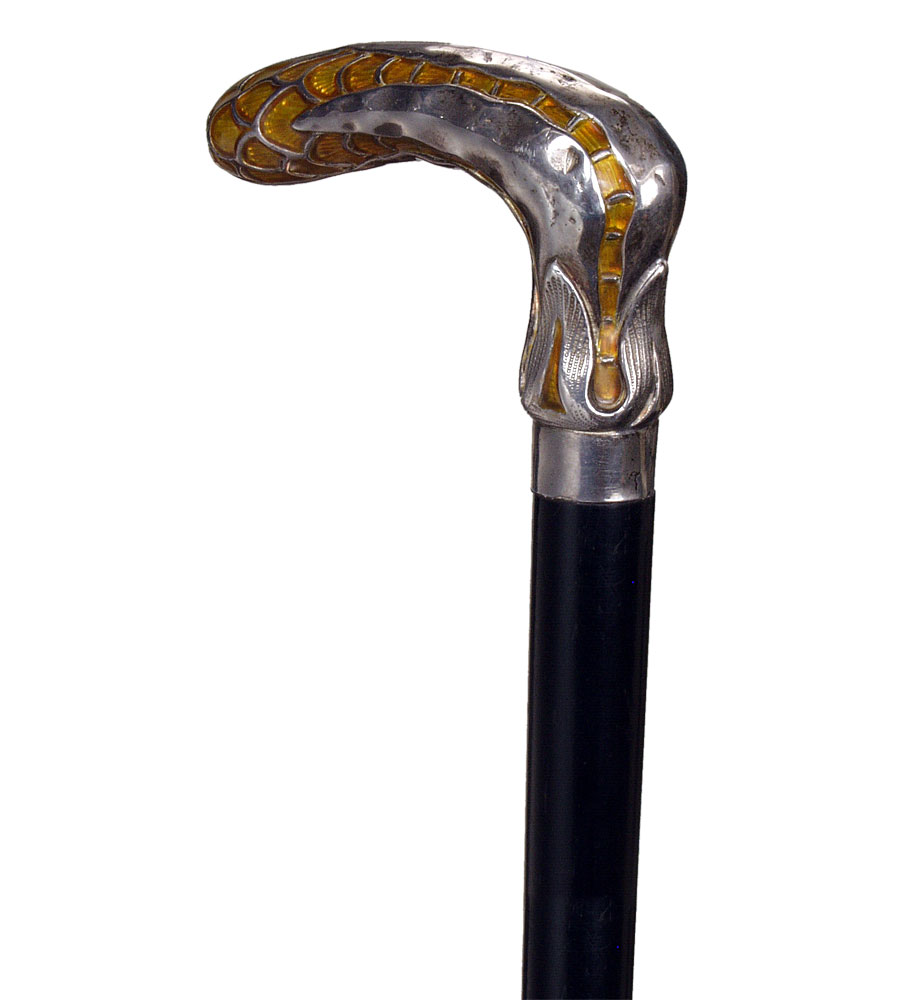 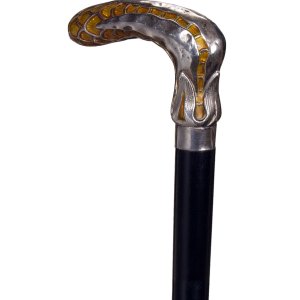 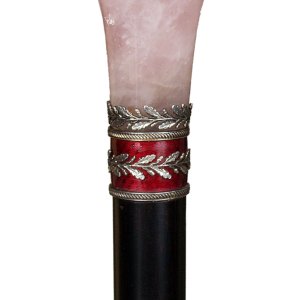 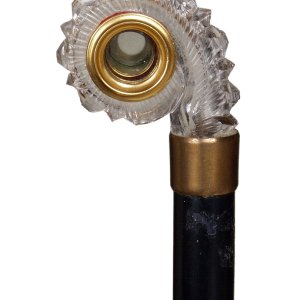 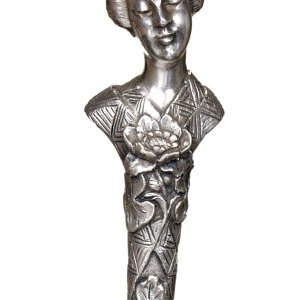 The featured items in Henry Taron’s next auction of antique walking sticks (the British term for “canes”) might make you wonder why the accessory ever went out of style. The handle of a Tiffany & Co. cane from the turn of the last century bears a swallow made of diamonds; a Japanese example from the same era conceals a 2-foot-long blade in its malacca shaft; and on its ivory handle, an English cane, presumably from the 17th century, displays silver piqué images of birds and animals.

“Canes were not carried; they were worn, and they were worn by men of means,” says Taron, the 72-year-old proprietor of Tradewinds Antiques & Auctions, an auction house and online retailer in Manchester-by-the-Sea, Mass., that specializes in canes. Taron anticipates that the aforementioned 17th-century item will sell for as much as $15,000 at his April 26 auction, which will offer about 200 canes and will be held at the Salem Waterfront Hotel in Salem, Mass. He annually conducts two auctions, one in fall and one in spring.

Taron, who has operated Tradewinds since 1979, theorizes that the automobile killed the walking stick. “People found there was no room for it with all the other accoutrements [such as gloves and driving goggles],” he says. “The cane got in the way.” But the golden age of canes, which, Taron says, spanned from 1820 to the end of World War I, yielded hundreds of variations on the form. Makers of cane handles employed every precious material imaginable and also some improbable ones, such as glass and porcelain.

About 15 percent to 20 percent of the items in any Tradewinds auction are known as gadget canes, ones that have dual purposes. “The better [the secondary purpose] is hidden,” Taron says, “the better the quality in the eyes of the collector.” Cane makers have concealed fans, pens, candles, maps, sewing kits, folding easels, collapsible guitars and violins, drinking vessels, and guns. At his last auction, in September, Taron received $8,400 for a gadget cane that was fashioned in the late 19th century for a doctor. In addition to a stethoscope—the horn was hidden in the handle, and the earpiece was tucked into the ferrule, or end cap—it could carry 14 tiny medicine bottles, inside its shaft. In the April auction, Taron will include a gadget cane that is ideal for a smoker. Its malacca shaft can accommodate 15 cigarettes, and the silver handle conceals a serrated match-striking surface, blackened from use.

Canes that hide pornographic images also are regarded as gadget items. Taron once sold a cane with a snuffbox built into its handle and a painting of a brothel scene on the box’s interior lid. “There are a lot of modern fakes around,” he says, noting that the April auction will not include any such erotic canes. “I have to turn a lot down as not being right.” However, a genuine antique walking stick of any type can provide him with endless fascination. “This has enamel work that I’ve never seen on a silver piqué cane before,” Taron says, holding the handle of the 17th-century English cane to the light of a lamp. “Imagine what it cost to make in that time. Who could afford it? Only a person of means.”