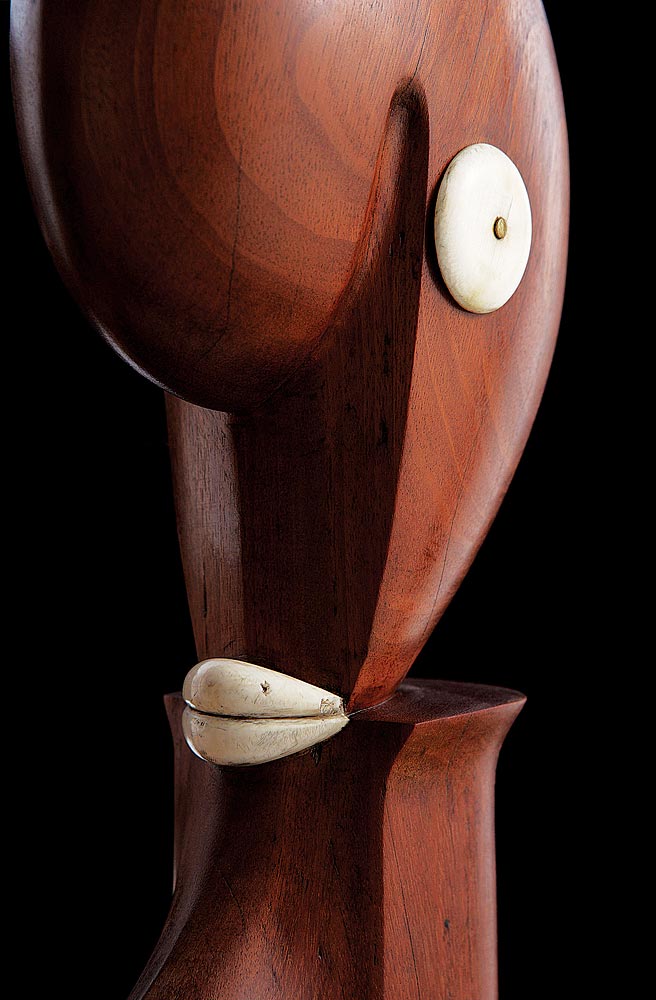 “When evaluating a piece for prospective purchase, the first question I always ask myself is, ‘Was it modern in its time, or was it prudent, or conservative?’ ” says Roberto Polo, the artistic director of Paris’ Galerie Historismus, which focuses on European decorative art created by architects and designers primarily from 1840 to 1910.

While this professional connoisseur’s checklist also notes provenance, rarity, and condition, it is the “shock of the new”—even though that “new” was long ago—that electrifies Polo and is the primary criterion for including pieces in the 2-year-old gallery’s grand 17th-century rooms on the Place des Vosges (the City of Light’s oldest and, arguably, most beautiful square).

Born in Cuba, Polo began preparing for life as an artist and art scholar when he was still a child. At age 14, he enrolled at the prestigious Corcoran School of Art (now called the Corcoran College of Art + Design) in Washington, D.C., from which he graduated at 16. He went on to earn a bachelor’s degree, majoring in art history and philosophy, at American University, and a master’s degree in painting and sculpting at Columbia University’s School of Visual Arts.

In his early 20s, Polo began collecting then-undervalued French Art Nouveau and Art Deco pieces; in his late 20s, he turned to 18th-century French furniture (which, in its time, was at the cutting edge of design and technical innovation). But as Polo delved deeper into decorative arts, he became increasingly interested in the 70 years preceding World War I. He considers that period crucial in the evolution of Western art in that it formed the philosophical and aesthetic foundations upon which every major artistic movement of the last 100 years has been built. “This was the birth of Modernism—from the appearance of the first figurative ornamentation inspired by nature to the invention of abstract ornamentation and forms, minimalism, and the first decorative arts created by architects and designers,” he says.

Polo underscores that these innovations in the decorative arts preceded their appearance in the fine arts, a significance he feels is not reflected in decorative art’s prices—at least not yet. As Polo noted in his introduction to the gallery’s first exhibition more than two years ago, “There is no reason why a totemic floor lamp by [Josef] Hoffmann, dated 1903, should command a fraction of the price in the art market of a totemic sculpture, such as [Constantin] Brancusi’s Endless Column, dated 1918.”

The gallery’s current exhibition, “Conflicts and Resolutions: A Selection of Early Twentieth Century Masterpieces,” on view through December 20, features 20 rare, highly significant pieces, including a hammered-and-polished-brass vase set with cabochon tigereyes, designed by Austrian Koloman Moser in 1903. The piece is the largest of five known variants and the sole example not already conserved in a museum. Other items on exhibit include a unique ceiling lamp of cast and polished brass with an opalescent shade, designed in 1905 by Belgian architect Henry van de Velde (“The first abstract artist in the history of European art, and the father of modern design theory,” Polo says), and Grotesque III, a circa-1929 sculpture in afzelia (a type of mahogany) and ivory by German artist Oskar Schlemmer. “Schlemmer was the first interdisciplinary artist in European art history,” says Polo, “and this is his only original sculpture outside German museums, as well as the only example of its kind that is signed and with a clear provenance.”