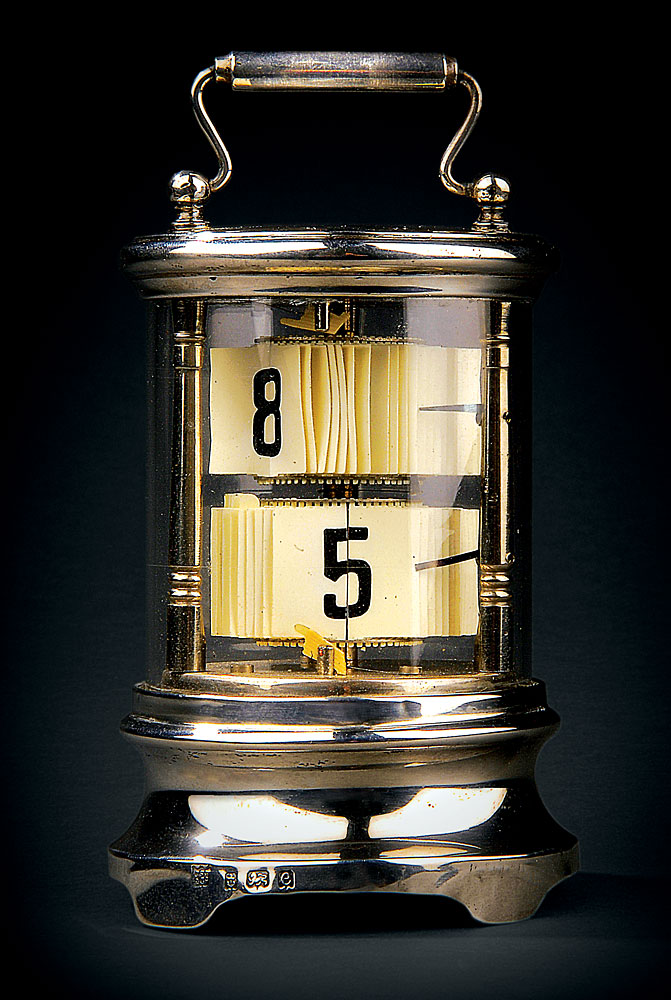 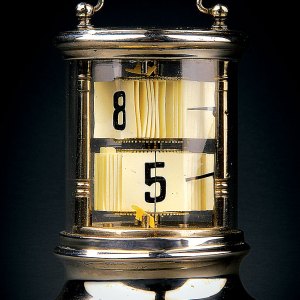 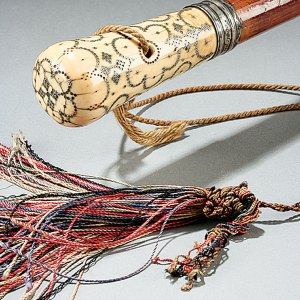 Contrary to the name by which the sale is best known, books have been rarities at Bonhams’ annual Gentleman’s Library auction. But oddities have been commonplace. Bidders at last year’s sale could have purchased wooden snuffboxes shaped like shoes, a pocket barometer, a taxidermic buzzard in a display case, a firehouse bell that is a relic of the Battle of Britain, a fossilized pinecone, and a silver mustache guard. The 2008 sale, which will include an equally eclectic array of items, will take place January 15 at Bonhams’ New Bond Street location in London.

The auction, which debuted in 2006, presents at a single venue the types of items that normally are found at more specific sales. For example, the barometer could have been placed in an auction of scientific instruments. Other prizes, such as the mustache guard—a shell-shaped piece of silver that is affixed to a cup with a chain and allows a drinker to sip a beverage without sullying his facial hair—might have gathered dust in an attic or lingered unnoticed in an antiques shop.

The sale’s full name—the Gentleman’s Library, Furnishings, Science, Curiosities, and Eccentricities—gives a better indication of its contents. Robert Bleasdale, the 25-year Bonhams veteran who established the auction, reviews items that his colleagues in the regional British outposts squirrel away in the months preceding the sale and decides which pieces to include. “The beauty of the sale is that almost anything will fit,” says Bleasdale, noting that he does draw a distinction between curiosities and eccentricities. “It’s quite difficult to define, really,” he says, “but a curiosity is a natural object which is strange and interesting, such as a narwhal tusk [a long, spiraling piece of ivory from an Arctic whale]. To my mind, an eccentricity would be something like a lock of hair from King Charles II.”

Bleasdale says that the idea for the Gentleman’s Library auction stemmed from a visit he paid two decades ago to Calke Abbey, a Baroque country house in Derbyshire, England, that now is owned by Britain’s National Trust and has been preserved in a state of mild decay. The Harpur family had owned Calke Abbey from the 17th century until the 1980s. They suffered a series of financial setbacks, which they addressed by closing sections of the house they no longer could afford to maintain. They gradually retreated into ever-smaller living areas until they donated the house to the National Trust. The Harpurs collected fossils, minerals and other geological samples, trophy heads, and taxidermic animals, many of which remain on display at the house. The National Trust had the house cleaned, but it left the worn wallpaper and missing plaster intact. Bleasdale says he considers whether an item would seem at home at Calke Abbey before selecting it for the Gentleman’s Library auction.

The auction’s contents might be whimsical, but Bonhams’ initial reason for conducting the sale was practical: It wanted to stage an eye-catching event for late January, a quiet time on its calendar. The 2007 edition was twice as large as the first sale and collected twice the receipts; it included 924 lots and produced $1.6 million in sales (sans premiums).

Both events should help to unclutter Bleasdale’s office, which is where most of the sales’ antiques, curiosities, and eccentricities have accumulated over the last few months. “My personal assistant,” he says, “is getting fed up with some of the things in my office.”