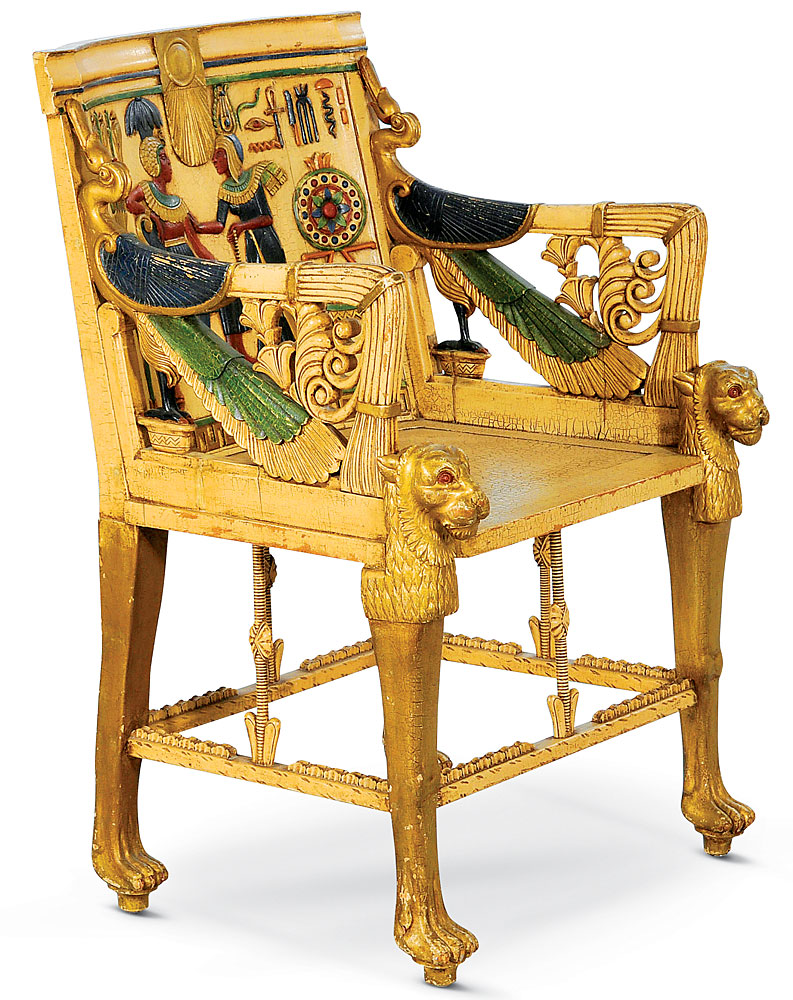 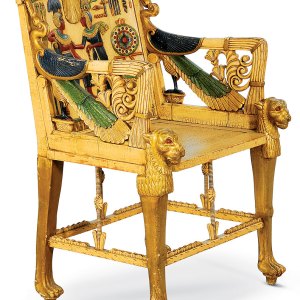 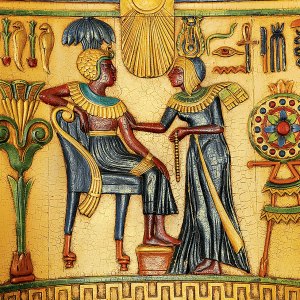 After nearly two decades of searching the Valley of the Kings for undiscovered burial sites, British archaeologist Howard Carter stumbled upon King Tutankhamun’s tomb in the fall of 1922. The find and its ensuing shroud of mystery—the boy king’s suspicious, untimely death and the “curse” of the opened tomb—set off an Egyptian craze throughout the world.

Rumors spread. Newspapers perpetuated a fabricated story about a warning of doom said to be present in the tomb. A few months after the discovery, Carter’s financial backer, Lord Carnarvon, developed pneumonia and died. (Skeptics dismissed the connection, describing him as “in poor health” and, of all things, “elderly”—he expired at age 56.) Tempting fate, Carter and his team reportedly hacked up Tut’s remains to remove jewels and amulets placed in the body—cutting off the arms, legs, and head; sawing the torso in half; and using hot knives to pry the death mask off. (To the eternal disappointment of the superstitious, these desecrators lived their remaining days relatively unscathed.) The public embraced every turn of the mummy’s tale, developing a voracious appetite for all things designed in an Egyptian style, particularly jewelry and furniture.

Good examples of the latter are themselves becoming a rarity, and the best are replicas of the king’s throne—an elaborately carved and gilded specimen inlaid with semiprecious stones. A pair of circa-?1925 chairs is currently on offer at George Subkoff Antiques in Westport, Conn. Priced at $18,000 for the set, the seats are subtle depictions of the original, rendered in a fading gilded wood, with every line fatly carved, down to the lion-head finials crowning the front legs, the winged serpents on the arm panels, and the scene of Tut’s wife, Ankhesenamen—probably also his half sister and the daughter of Queen Nefertiti—anointing the king. Another painted-wood replica of Tut’s throne, which likely was made between 1926 and 1930, can be found at Decoratum in London. The chair is priced at $18,750 for its exquisite condition and detail; however, its provenance, like that of the circa-1925 pair, is unknown. “My trail of inquiries about the chair ended somewhat abruptly with an antiques dealer, now deceased,” says Allan Ress, Decoratum’s gallery director. “This should not imply in any way that the chair is cursed, as [his death] may simply have been a case of old age.”

An encore exhibition of 2005’s Tutankhamun and the Golden Age of the Pharaohs will be on view from June 27 through March 28, 2010, at San Francisco’s de Young Museum. Those who remember the death mask and throne from the first worldwide tour in the 1970s will find them conspicuously absent from the current exhibition; the Egyptian government has declared them too delicate to transport and has permanently placed them in the Egyptian Museum in Cairo. But other riches that have never traveled outside Egypt will be on display. One of these—a pectoral of gold and semiprecious stones in the form of a scarab, representing transformation—was meant to help usher the young king peacefully on his journey to eternal life.