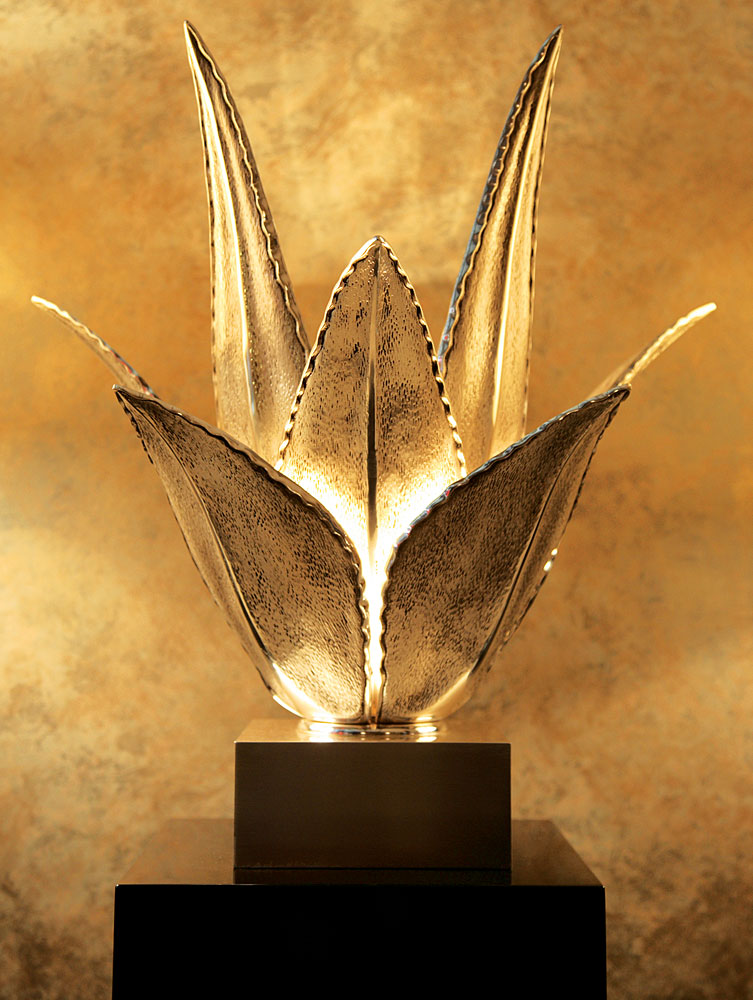 Can Los Angeles—a youth-obsessed metropolis where erasing the signs of aging is a full-time job for many—love what is old? Judging from the past success of the Los Angeles Antiques Show, an annual Wednesday-through-Sunday event held at Santa Monica Airport’s Barker Hangar, the answer is an unequivocal yes.

“Los Angeles is a city of creative people in creative professions, and they are uniquely open to change,” says Laurent Rebuffel, who owns San Francisco’s Habité Antiques and has exhibited at the show for the last seven years. (He also sits on the fair’s board.) In that time, Rebuffel became so impressed with Los Angeles’ aesthetic eclecticism that he opened a store in the city last year.

The show, now in its 14th year, attracts design-loving celebrities such as Barbra Streisand, Blythe Danner, and Diane Keaton (who last year sat on the show’s honorary committee), as well as international exhibitors, collectors, and artists. Show committee member Robert Willson of the Downtown galleries (in New York and Los Angeles), which specialize in 20th-century decorative arts, chooses the venue to showcase their latest and greatest discoveries in an entirely new visual and cultural context. Last year, for example, Willson and his business partner David Serrano—who are known for their amalgams of colors, styles, periods, and objects—created a red-lacquer box stand that contained mid-century Mexican furniture and vintage pieces by Arturo Pani and brothers Robert and Mito Block. The furnishings were arranged against a fire-engine-red background punctuated by a huge black-and-white close-up of María Félix, the Balenciaga-and-Cartier-clad grande dame of Mexican cinema and a muse to artists Diego Rivera and Jean Cocteau. This year, Downtown will focus on Italian design from the 1950s to the 1980s—with works by Ico Parisi, Paolo Buffa, and Giò Ponti—and show off its 1930s Aloés lamp by French boutique design house Maison Charles, a treasure Willson says comes from an estate in Nice.

Roughly 65 galleries from the United States, England, France, and Italy will exhibit at this year’s show, which will take place April 22 to 26. Among the participating galleries are antiques dealers French Country Living (Mougins, France) and Kentshire (New York), photo dealer Peter Fetterman (Santa Monica), and fossil dealer Eostone (Miami); the last two are newcomers to the event.

Dan Stein, of San Francisco’s Daniel Stein Antiques, says that he plans to display at this year’s fair a late-19th-century carousel pig and a circa-1725 George I walnut bookcase with its original label from cabinetmaker Daniel Wild (one of only three documented extant pieces from the craftsman). Stein, who is president of the Antiques Dealers Association of California and one of the Los Angeles Antiques Show’s founding participants, notes that the annual event not only provides Los Angeles with a comprehensive, carefully vetted fair for fine and decorative arts, but also supports P.S. Arts, a nonprofit organization that is dedicated to restoring arts education in public schools. Says Stein, “It was time for Los Angeles to have this.”