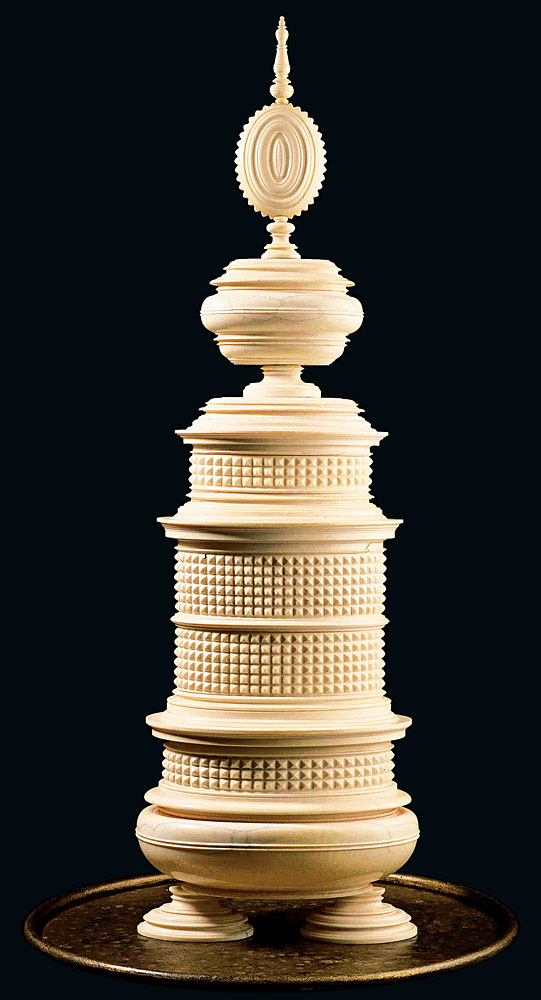 Yves Saint Laurent turned fashion into art not only through his work as one of the 20th century’s greatest couturiers, but also by spending the earnings from his fashion empire to amass an exceptional art collection. He accomplished it all with his business partner, Pierre Bergé, who for many years was also his life partner. Saint Laurent died last June at the age of 71, and now Bergé has decided to empty their homes, sell off a half-century’s worth of acquisitions, and turn the page. “Yves Saint Laurent is dead,” Bergé told reporters last fall. “This collection no longer means much to me.” From February 23 through 25, he and Christie’s will auction off more than 700 items at the Grand Palais in Paris.

People in the art world knew of the collection’s existence, but few had actually seen it. While the outgoing Bergé was happy to lend pieces to museums, the reclusive Saint Laurent hated to part with them. Last summer, when experts from Christie’s started taking inventory, they were stunned at the range and quality of the items. It was clear that the culture, elegance, and creativity that went into the illustrious fashion house also came into play in the development of the private collection.

The two men had no counselors, but they bought mostly from favored dealers. Inspired by the eclectic, free-spirited taste of the Viscount and Viscountess of Noailles, they did not hesitate to mix styles, periods, and continents, acquiring Roman antiquities, early German silver, Qing Dynasty Chinese bronzes, Renaissance enamels, and Old Master paintings. When most collectors were still obsessed with Louis XVI, they were buying Art Deco. “They were among the first to recognize the preciousness and sophistication of that period,” says Sonja Ganne, European head of 20th-century decorative art and design at Christie’s. The collection includes furnishings by Jean Dunand and Jean-Michel Frank, and four pieces by Eileen Gray, including a chair with two wooden dragons whose smiling heads curve up to the armrests.

But the most striking part of this collection is the modern art. Thomas Seydoux, international head of Christie’s department of Impressionist and modern art, calls it the best assortment he has ever seen in private hands. “There is not an inferior item in the lot,” he says. Highlights include three Henri Matisse paintings; six paintings by Fernand Léger; the composition by Piet Mondrian that inspired Saint Laurent’s famous color-block dress; Paul Cézanne’s largest watercolor; the first portrait of a woman painted by Jean-Auguste-Dominique Ingres; the only Marcel Duchamp readymade from the 1920s ever to come on the market; and a large, rare Pablo Picasso from his Cubist period, with the auction’s highest estimate, $39 million to $52 million.

Saint Laurent and Bergé’s first modern acquisition was a wood sculpture by Constantin Brancusi titled Madame L.R., a primitive-looking object that was a milestone in the artist’s oeuvre. Although Brancusi did not normally part with works of such importance, he traded this one to Léger, whose widow later sold it; that buyer sold it to Saint Laurent and Bergé. François de Ricqlès, vice president of Christie’s France, says it is an astounding first purchase. “When you’re an amateur starting to collect modern art, you don’t buy an abstract piece of wood that looks like an African sculpture,” de Ricqlès says. “You buy an obvious painting—a Renoir oil, a Matisse bouquet of flowers. It’s proof of the extent to which these two men understood the history of art.”

Indeed, Ricqlès believes that this collection will be the designer’s most lasting legacy: “In one or two centuries, if this sale is a triumph—which it should be—that’s what will remain of Yves Saint Laurent and Pierre Bergé. Not the couture house, which could be forgotten. Jacques Doucet was a renowned couturier at the turn of the last century, but today he’s remembered for his art.”

What is certain is that such a collection would be impossible to put together now. The best pieces from important time periods are simply unavailable, most of them existing only in museums. Christie’s predicts that the auction will bring in $250 million to $390 million (though some expect considerably more), and Bergé plans to donate much of the money to an AIDS-research foundation he is launching. Among the few items he will keep for himself are a portrait of the designer by Andy Warhol and an African sculpture of a bird—the first object he and Saint Laurent bought together. The others, according to Bergé, are fleeting: “I always knew that artworks were with us in transit. They stay a little while, and then one day they fly away.”