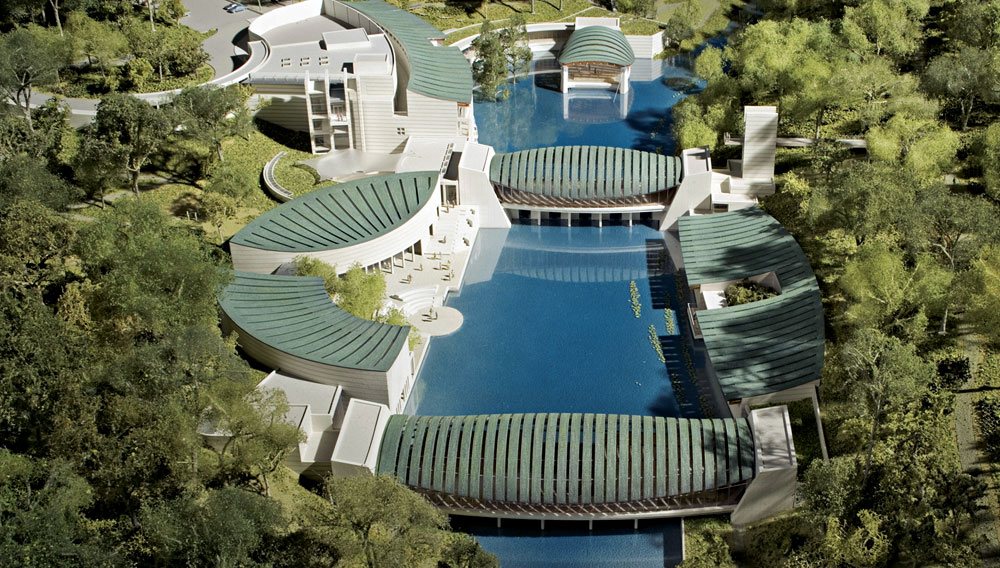 When the Crystal Bridges Museum of American Art opens in Bentonville, Ark., on November 11, it will not just herald the arrival of a major new museum; it will admit the Walton family to an exclusive club that includes the Gettys, the Rockefellers, and the du Ponts.

While many wealthy people collect art and support good works, few build institutions on the scale of the Getty museum in Los Angeles (brainchild of J. Paul Getty), Colonial Williamsburg in Williamsburg, Va. (John D. Rockefeller Jr.), or the Winterthur museum, garden, and library in Wilmington, Del. (Henry Francis du Pont). Achieving that goal demands the cash and the drive that come with being an immensely successful American entrepreneur—or the child of one. Alice Walton, the Walmart heiress and founder of Crystal Bridges, fits the bill.

“What she’s doing is absolutely American,” says Marjorie Schwarzer, author of Riches, Rivals, and Radicals: 100 Years of Museums in America. “With few exceptions, every one who founded a museum was not the one who made the money—the children did it. They established a great public space in honor of their fortune.”

The Waltons pledged $800 million to endow Crystal Bridges. Historically, one of the dividends of such a move has been the rehabilitation of the public image of a family criticized for how they made their money—be it as oil barons (Getty, Rockefeller), chemical makers (du Pont), or big-box retailers accused of killing off small-town shopping districts.

Over six years, Walton and her advisors assembled 600 works that present a credible overview of American art. They acquired Asher Durand’s bucolic 1849 canvas Kindred Spirits from the New York Public Library, which sold the piece in 2005 to bolster its endowment. Walton reportedly paid around $35 million for the painting, outbidding New York institutions that had hoped to keep the masterwork in the city. It was the first of several attempts to purchase first-rate pieces from libraries, colleges, and universities seeking to relieve financial woes. “She’s taking advantage of the economic climate,” Schwarzer says. Neither Walton nor Crystal Bridges officials will confirm how much has been spent on art, but last year, an Arkansas publication estimated that more than $220 million had been expended by 2008.

Walton’s most provocative act, however, is her choice of location. The museum—named for a natural spring on its grounds and the bridges connecting its buildings—is in Bentonville, Walton’s modest Arkansas hometown. It lies closer to Branson, Mo., than it does to Little Rock, Ark., and nowhere near any significant art hub. Yet David Houston, director of curatorial at Crystal Bridges, is confident that the art world will make the trek to see American art from Charles Willson Peale’s 1780s portrait of George Washington to Andy Warhol’s 1985 portrait of Dolly Parton. “Traveling for art is much more popular now,” Houston says. “Had it been built 15 years ago, it would be very different.”