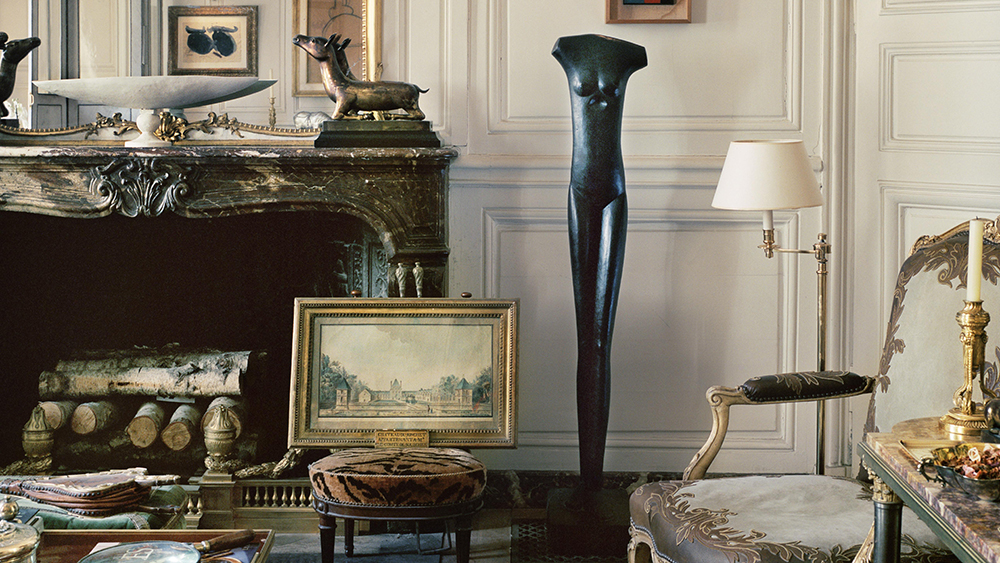 The French aristocrat and couturier Hubert de Givenchy gave the world myriad memorable designs, notably the little black dress worn by Audrey Hepburn in Breakfast at Tiffany’s. But when he died in 2018, he also left behind a huge trove of well-chosen art, and in June Christie’s Paris will put 800 of the works, along with more than 400 pieces of furniture and décor, on the block.

One of the works, Joan Miro’s 1968 canvas L’oiseau Migrateur, has never been on the secondary market before, and it’s estimated to bring roughly $2.6 million to $3.7 million. There are some choice pieces of European furniture made in the 18th and 19th centuries, too, including a ​​Louis XV-period, neoclassical-style ebony bureau plat attributed to Joseph Baumhauer, predicted to go for a sum in the million-dollar range.

But Alberto Giacometti’s bronze Femme qui marche, conceived in the early 1930s and cast in 1955, may fetch the most; its estimate is only available upon request. Standing about five feet high, the work—a gift from close Givenchy friend and client Bunny Mellon—has the exaggeratedly slender proportions typical of the artist’s later and more famous oeuvre, though it was dreamed up much earlier, in his Surrealist period.

“It’s the very first treatment of the walking figure, the subject he’s going to hold onto for his whole career,” says Christie’s France deputy chairman Anika Guntrum. She adds that the piece has another resonance in a fashion context, given that the tall, slim, upright female form bears an unmistakable resemblance to “a model or a mannequin—very fitting somehow.”

For anyone who can’t quite come up with the funds to buy such a treasure, the Cleveland Museum of Art currently has a blockbuster show about the artist on view. “Alberto Giacometti: Toward the Ultimate Figure,” with 60 works, will be up until June 12.