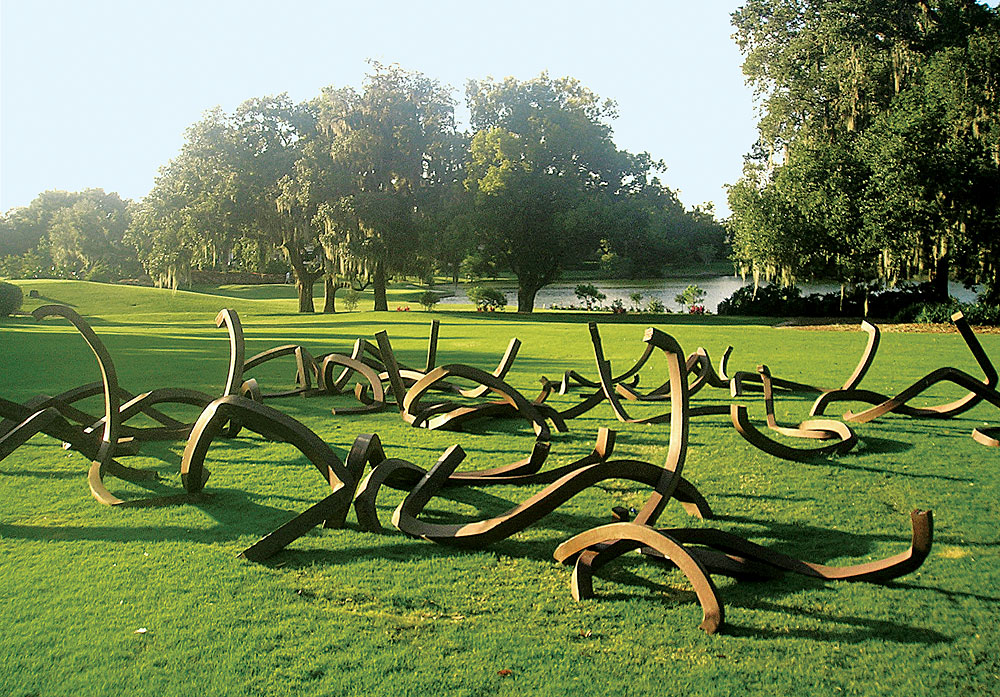 For four months each year, an errant shot at the Isleworth Golf & Country Club in Windemere, Fla., could land in the rough, in the water, in a sand trap, or behind a million-dollar work of art. Five years ago, Stephane Connery, Sotheby’s worldwide director of private sales, followed his hunch that huge sculptures and golf courses would pair well and installed 11 large-scale works by Salvador Dalí, Auguste Rodin, and Henry Moore on the Isleworth grounds. Some of the sculptures encroached on the course, including a Moore piece that was placed between the first and 10th tees. To reach potential purchasers other than club members, Connery showcased the works in a catalog through which collectors could contact Sotheby’s to request prices and arrange sales.

That first show sold seven of its 11 works, mostly to people who never saw the Florida display in person. Connery says that nearly all of the sales for the first four shows occurred through the catalog, but that Sotheby’s will arrange tours of the golf course display on request. The fifth Isleworth show, which opens on January 1 and will continue through April 15, will differ from its predecessors because it will feature the works of only one artist, contemporary French sculptor Bernar Venet. The display will include 25 of his pieces, although not all of them will be available for purchase.

Two of Venet’s large, abstract metal sculptures were included in last year’s Isleworth show. Arcs in Disorder: 3 Arcs x 5 (2003) sold about a week after the sale catalog reached collectors, and 217.5° Arc x 21 (2005) was purchased a couple of weeks later. “We had a good experience with him at the last show, and I was very impressed with his work,” Connery says. “I thought it would be an interesting experiment to do a single artist show with him. It’s a museum-quality retrospective. The difference is at least half the works will be for sale.”

The 66-year-old Venet will include five new sculptures in this year’s show. Overall, the pieces will range in price from $160,000 to $1.2 million, though Connery does not yet know which sculptures will be off-limits. Venet has offered Sotheby’s works from an inventory of pieces that he sends to exhibitions around the world, and he needs to keep enough examples of each type to support future shows. If, for example, eight of the 10 Arc sculptures in the Sotheby’s display are purchased, then Venet likely would want to retain possession of the remaining two. “It’s not a bad thing at all that not all are for sale,” Connery says. “First there, first served.”