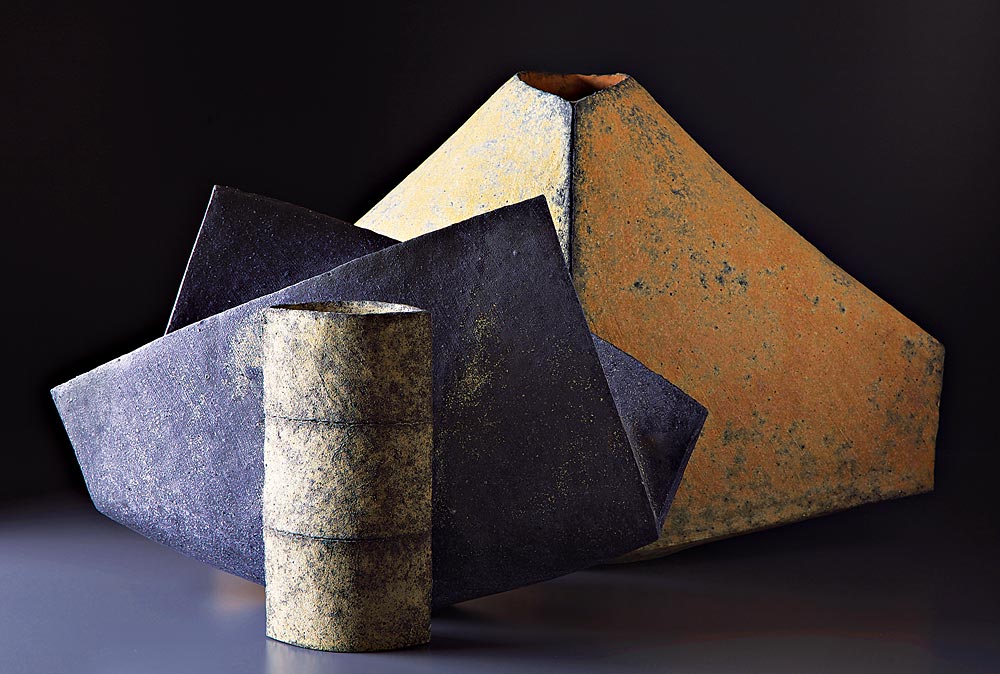 Ultimately, the ceramics simply became too big. For more than 30 years, Joan Mirviss’ nine-room, pre–World War II apartment in Midtown Manhattan had served both as her home and as the Joan B Mirviss gallery of Japanese art. But last year she concluded that her business, specifically her inventory of contemporary ceramics, had outgrown the space, so she relocated the gallery to the Upper East Side.

“Some of the ceramics weigh 30 to 100 pounds apiece,” says Mirviss, who initially specialized in woodblock prints and paintings from the Edo period. She began carrying contemporary ceramics 25 years ago and now sells about 300 ceramic pieces annually. “I couldn’t have a forklift running around my living room, or have four or five burly men moving things around when my museum clients came in.”

Mirviss, who shares the apartment with her husband, Robert J. Levine, and saw clients by appointment, also needed room to expand her gallery and to host exhibitions of her ceramicists’ work.

The nature of her wares, says Mirviss, limited her options for new sites. “This gallery would look silly in Chelsea,” she says, noting how most of the galleries in that Manhattan neighborhood have white walls and high ceilings. “Japanese art is very intimate, and it looks best in a context that replicates the scale for which it was made. Collectors can imagine it in their homes when they see it in a homelike environment rather than in a white-box environment.”

The new location—a fourth-floor, 2,000-square-foot space on East 78th Street—includes storage space behind false walls. Mirviss also set aside room for a genkan, a narrow, foyerlike area characteristic of Japanese architecture. “In a tea house, it is where you wait until they serve you,” she says. “It’s a transitional, intimate, quieting space where you leave the outside world before coming into the principal space.”

The gallery’s relatively low ceilings (shorter than 9 feet) foster the homelike environment that Mirviss sought, and the restored wood floors and neutral wall colors allow her to display Japanese artworks of various styles and from different periods adjacent to one another. In February, for instance, Mirviss positioned a pair of circa-1820 six-fold screens, which depict chrysanthemums in a landscape setting, near Sakurai Yasuko’s Orb Transformation/Fallen, a 2007 porcelain sculpture that looks like a pierced white globe.

Mirviss’ business has been booming since the move—all but two of the 57 works in the gallery’s inaugural exhibition last September sold during the four-week show—and, for the first time in decades, she is also enjoying the benefits of an uncluttered home. “My husband is a great chef. We have a 35-foot dining room, and we are using it not as a packing room, not as a storage room, but as a room for entertaining, as it was originally designed,” she says. “It’s liberating.”