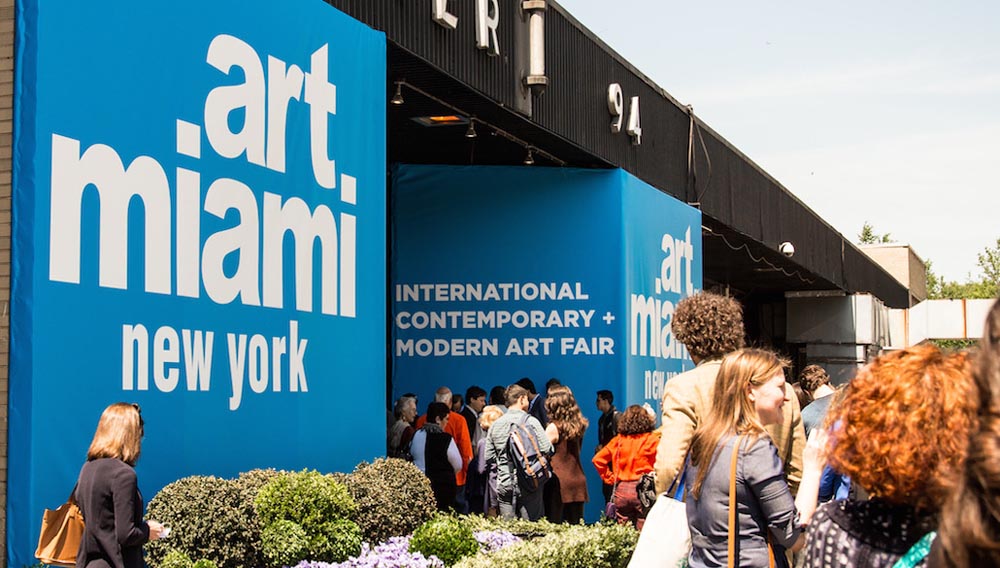 Art Miami New York, a new modern and contemporary art fair produced by the ownership team of Art Miami, launched on Thursday at Pier 94 with robust sales and strong attendance during the Press and VIP Preview. Within moments of opening the doors, significant works were acquired by prominent collectors, art advisors, and museum professionals. Over 5,000 top art world luminaries attended the Preview with an additional 1,500 art enthusiasts throughout the remainder of the evening. Day two of the fair generated additional key-sales and 2,000 attendees. Art Miami New York has welcomed over 8,500 people to date.

The inaugural edition features 100 international galleries representing nearly 1,200 artists and showcases a broad range of dynamic works with the focus on the emergent talent, as well as mid-career cutting-edge artists, anchored by a fine selection of blue-chip secondary market works by top name artists from the Modern and Post-War eras.

“Strong contacts with international collectors within the first 90 minutes of the VIP opening resulting in two sales from Travis Somerville Producer’s Row and American Dream 3, with three more pending — two of them to new collectors.”

“I love the idea of Miami going to New York! I’ve been exhibiting with Art Miami since its inception. Here, I’m representing Miami so, I want to showcase the best I have. We sold a limited edition Warhol within a few hours. It’s been great.”

Kristen Accola and Kat Griefen, directors of Accola Griefen (New York) remarked: “We’re very impressed with Art Miami New York! The first day was very successful for us. The response to our program focusing on important women artists has been excellent. Great turnout and serious interest.”

“Art Miami New York stands out with its impeccable organization. The fair leadership is very hands-on, it’s always on the floor interacting with exhibitors and visitors.”