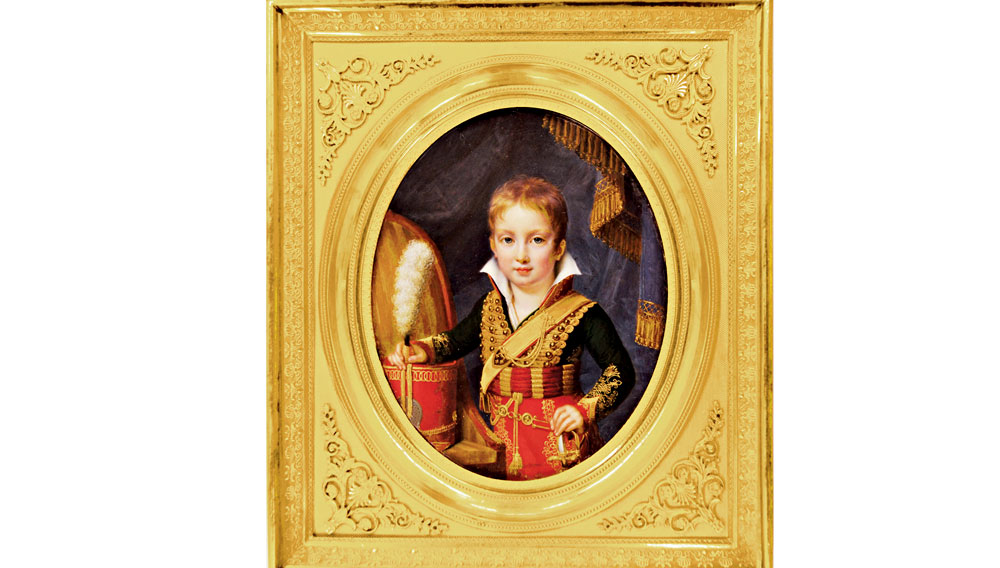 Oliver Cromwell may have famously instructed artists to depict him “warts and all,” but he had nothing to worry about when Samuel Cooper painted his portrait. Cooper ranked among the greatest painters of miniature portraits in 17th-century Britain, and his unfinished oval of Cromwell measures a mere 33/16 inches tall, leaving little chance of finding a wart at all.

Tiny portraits—some small enough to be worn as jewelry—were the wallet photos of their era, which was roughly from the 16th century until the late 19th century, when they were displaced by photography. “It’s the most personal form of portraiture,” says Elle Shushan, a Philadelphia-based dealer. “They weren’t prettified. They were meant only for the person you gave them to.”

Initially, perhaps, but elite collectors ranging from Queen Elizabeth I to Horace Walpole to J.P. Morgan have all pursued portrait miniatures, helping to ensure the paintings’ allure decades after their obsolescence. As with most forms of art and antiques sold at auction, the best tend to rise in value. “If you spent $200 10 years ago, that portrait is still worth $200,” says Camilla Lombardi, director of portrait miniatures for Bonhams auction house in England. “If you spent $20,000, it’s worth $50,000 now.”

Miniature portraits derived from the tradition of small images in illustrated manuscripts. The first were rendered on vellum, but after artists of the early 18th century discovered that ivory enhanced the liveliness of sitters, it became the canvas of choice. While magnifying glasses were available to miniaturists, they were not a must. Some artists employed reducing glasses, which shrank details; others used both types of glasses, and still others relied on just the naked eye.

In addition to Cooper, coveted miniaturists include the British artists Nicholas Hilliard and Richard Cosway. Cosway painted a tiny, diamond-set portrait of the commoner Mrs. Fitzherbert that her husband, King George IV, loved so well that he insisted on being buried with it. Among works by Hilliard, a miniaturist from the 16th and 17th centuries, is a 2-inch portrait of an unknown woman, still set in its original turned-ivory box, scheduled to be auctioned at Bonhams’ Knightsbridge location in London on November 23. It has a presale estimate of roughly $8,000 to $11,200.

Portrait miniatures in their original settings are generally worth more. The one that holds the world auction record, set at Christie’s New York in 2001, was painted by the Irish-born artist John Ramage while he was living in America. It had its original 1789 gold case, smithed by Ramage. But the identity of the sitter, George Washington, did the most to drive its price into the stratosphere: $1.2 million. Christie’s will next offer portrait miniatures in a November 29 sale at its King Street branch in London.

Fame and frame aside, the skill of the artist is paramount. One of the stars of Shushan’s booth at the 2012 Winter Antiques Show in New York in January will be an 1815 portrait of the young Ferdinand of Orleans, who became heir to the throne of France, painted on ivory by Jean-Baptiste-Jacques Augustin. The piece, which Shushan plans to offer in the $50,000 range, is laden with gold leaf and finely detailed. “Look at the cording on the front of the jacket—you can see every stitch—and it’s only 3¾ inches high,” Shushan says. “You can’t see a brushstroke on the face. It looks like porcelain. Can you imagine anything more delicious?”