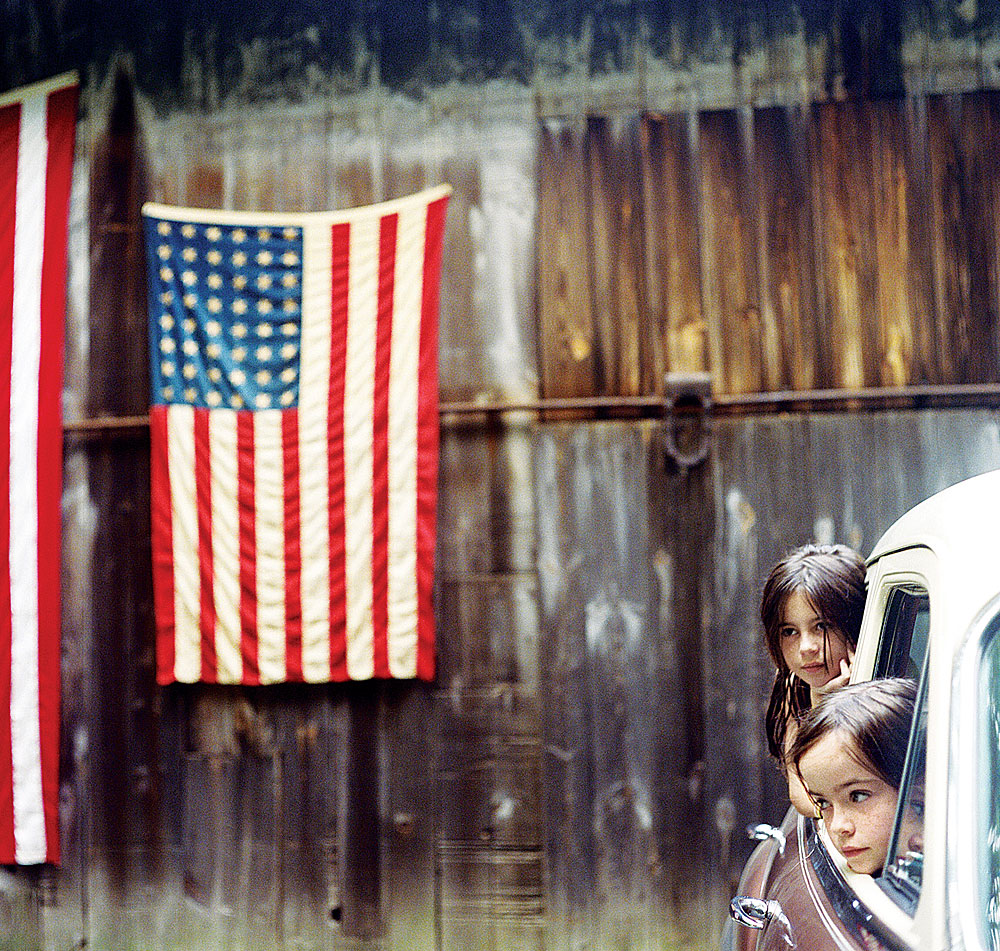 Maddie Bill is on vacation, but she is not relaxing. The 9-year-old and her 6-year-old sister, Daphne, stand shin-deep in a shallow river near their family’s summer home in Connecticut, scanning the water for crawdads. Moments earlier, their dad, Tony, had announced, “I’ll pay one dollar to anyone who catches a crawdad.” Soon Maddie is holding her cupped hand out for inspection and exclaiming, “Daddy, I caught one. If I get one more, I get ice cream.”

Invisible to the family, Laura Kleinhenz also stands in the water, recording the scene on an assortment of eight cameras—none digital, most loaded with black-and-white film, collectively weighing almost 30 pounds. She deftly selects the one she needs at any given moment. When a crawdad pinches Kleinhenz’s toe, she lets out a squeak and drops her Holga. “It’s a good thing that I have a plastic camera,” she says, shaking it dry. “I never worry when things like that happen. It’s part of the process.”

For Kleinhenz, the 34-year-old owner and principal photographer of the Los Angeles–based photography company Docuvitae, that process entails recording scenes—as mundane as a day at the beach or as monumental as a wedding—from her clients’ lives. During the past four years, Kleinhenz had visited Maddie and Daphne on nine previous occasions, at their Southern California home, but this daylong June excursion is her first with the family in Connecticut. Instead of posing the girls, Kleinhenz trails them and photographs what she sees. “I’m not here to disrupt their lives,” she says. “I’m here to record what actually happens.”

In that regard, her experience as a photojournalist serves her well. Before founding what would become Docuvitae in 2002, Kleinhenz spent the 1990s shooting news images that appeared in Time, Newsweek, the New York Times, and the Washington Post. “Working with families is closer to my goal as an artist than covering Elián González and Hurricane Mitch,” she says. “I wouldn’t trade the experience in for anything, but it was lonely.” During the last five years, Kleinhenz has added six principal photographers and two filmmakers to Docuvitae’s roster. An eight-hour session with Kleinhenz starts at $7,500.

Although she is unobtrusive when on the job, Kleinhenz is not passive. She constantly surveys her surroundings for photo opportunities and sometimes waits patiently for them to arrive. Kleinhenz waited hours to obtain the image shown on this page, which she took in front of a barn at the Connecticut house. The girls’ father likes to park his 1954 Chrysler Town & Country station wagon there, and their mother, Helen, had decorated the barn in anticipation of Independence Day. “I’d been eyeing that spot for a while,” Kleinhenz explains, “but earlier, the light was too harsh.”

This photo is one of more than 300 that Kleinhenz took that day—a lot of work to yield one spectacular image. “One of the objectives is to document the day and see what their lives are like,” she says. “I want to find one, two, or three images that stand out as fine art that will stay on the wall until the girls graduate.”