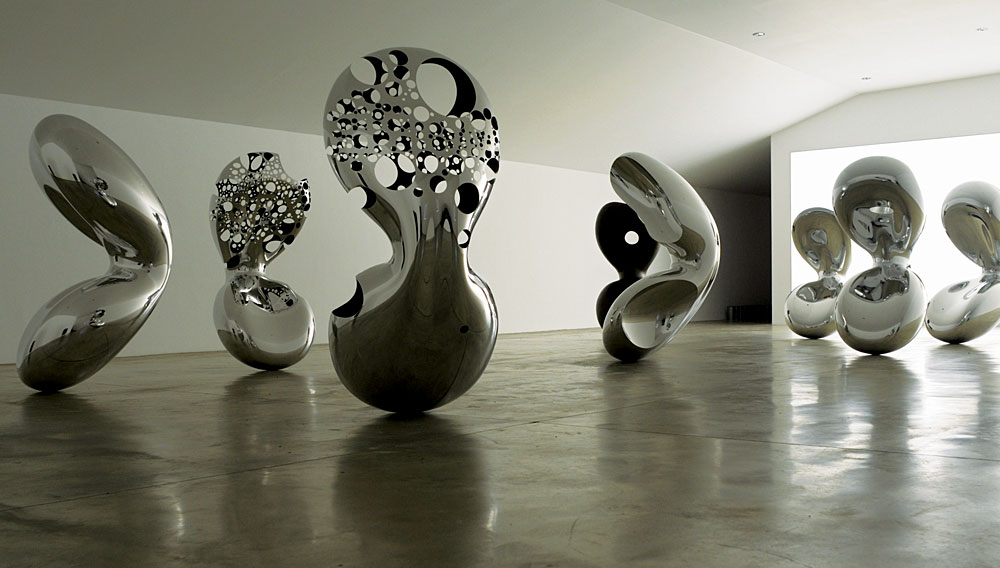 Throughout his career as an architect, designer, and artist, Ron Arad has done much to destroy the distinctions between the industrial, decorative, and fine arts, as well as those between art and architecture. “Do I necessarily see a distinction? No,” says this native of Israel who now lives in London. “Let us not be neurotic about such things.”

Arad’s recent architectural projects include the 1,148-?foot-long Mediacité mall in Liège, Belgium, and the Design Museum in Holon, Israel; both are made of glass and steel. In terms of innovation, these structures match Arad’s industrial designs of the last 25 years, which are executed as unique and limited-edition pieces and as lines for Kartell, Vitra, Alessi, Moroso, Flos, and Cappellini. Their significance is underscored by Ron Arad: No Discipline—the first major museum retrospective of Arad’s work in the United States—at the Museum of Modern Art in New York from August 2 through October 19.

But Arad’s sculpture is perhaps his most ambitious work of late. In three exhibitions since November—at Friedman Benda in New York; in Maastricht, the Netherlands (coinciding with the European Fine Art Fair); and at London’s Timothy Taylor Gallery—the artist has continued to explore and reinvent the chair through designs that hover somewhere between sculpture and furniture. He pushes the boundaries of engineering and materials to create chairs of mirror-polished aerospace aluminum and steel (priced between $100,000 and $600,000).

Southern Hemisphere, which appeared at Friedman Benda, is weighted to hold a person and wobble, Weeble-like, without falling down. “It’s both stable and precarious—a provocative work,” says Friedman Benda director Jennifer Olshin. Similarly, the seemingly weightless components of Drunk Bodyguards, displayed in London in May and priced between $487,000 and $696,000, sway woozily on a single tangent point. “They have function—you could sit on them—but they aren’t practical,” says Arad.

However, practicality is not completely lost in Arad’s pieces. Oh, the Farmer & the Cowman Should Be Friends, a focal work at the London show that is priced at about $904,000, is a nearly wall-size shelving unit in the shape of the United States. The sculpture—which takes its title from the lyrics of a song from the musical Oklahoma! about unifying the settlers in early American territories—features inividual “states” made of stainless and Cor-Ten steel that fit together like a jigsaw puzzle. The whole is a playful, powerful presence that, with the addition of books, is purposeful as well.

Arad is heading in a different direction with his current project, a figurative piece called Gomli—an allusion to British sculptor Antony Gormley, who is known for the recurring use of molds made from his own figure.