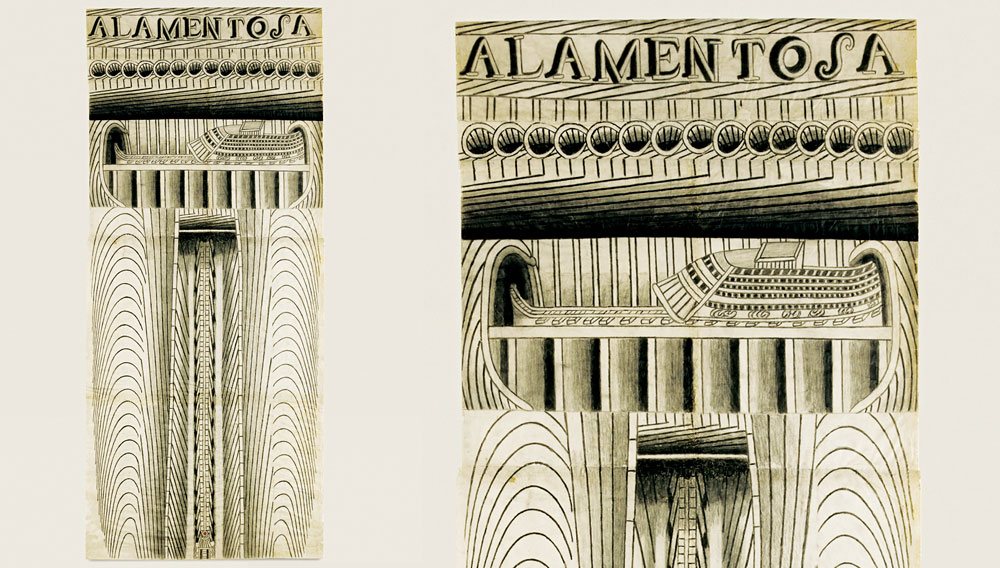 If Henry Darger had rented from a different landlord, his life’s work would likely have ended up in the trash. Darger spent much of his childhood in orphanages, and he lived alone in a Chicago apartment before he moved into a nursing home in 1972. When the apartment landlord cleared out Darger’s lodgings, he found a cache of manuscripts and illustrations, including The Story of the Vivian Girls, in What Is Known as the Realms of the Unreal, of the Glandeco-Angelinian War Storm, Caused by the Child Slave Rebellion,a tale of good fighting evil over more than 15,000 pages and in nearly 300 vivid pieces of art.

Many people, when confronted with all this spellbinding weirdness—some of the artwork is frankly disturbing—might have hurried it to the dump. But Darger’s landlord was Nathan Lerner, an accomplished photographer who realized the power of what he had found. Now Darger is recognized as one of the greatest outsider artists of the 20th century, with archives at the American Folk Art Museum in New York and works that have commanded nearly six figures at auction.

Darger’s personal story, perhaps as much as his works, captures the essence of “outsider art.” The form has its roots in art brut, a term created by the French artist Jean Dubuffet to describe images made by people with mental illnesses. While outsider art resists rigid definition, the term covers artists who have little or no training, are isolated (mentally, geographically, socially, or otherwise), and feel compelled to create for personal reasons. “Outsider artists are not making work for their next show in Chelsea—they’re making the work for themselves,” says Andrew Edlin, founder of a namesake Manhattan gallery and the new owner of the 21-year-old Outsider Art Fair, taking place January 31 to February 3 in New York City.

This year’s edition of the fair will feature works from several key galleries, including Chicago’s Carl Hammer, which will bring pieces by Darger and the late Martín Ramírez, a Mexican immigrant who produced beguiling images while he was a patient in mental institutions in the United States during the 1950s and 1960s. The scarcity of material by prominent artists such as Darger and Ramírez, coupled with collectors’ reluctance to part with their prizes, has largely kept outsider art off the market. It also explains why Christie’s has not offered another sale devoted to the material since January 2003. That sale pulled in more than $1.1 million and set records for several artists, including Darger and Ramírez, whose Alamentosa, a watercolor on paper with colored pencil and collage created around 1953, sold for $95,600.

Some in the art world speculate that the era of the outsider artist is over, as the Internet intrudes into remote corners of life and societal advances abolish the conditions under which many 19th- and 20th-century outsider artists labored. But Edlin is convinced that the creative impulse behind outsider art will endure. “When it comes to what goes on in someone’s head,” he says, “that hasn’t changed.”