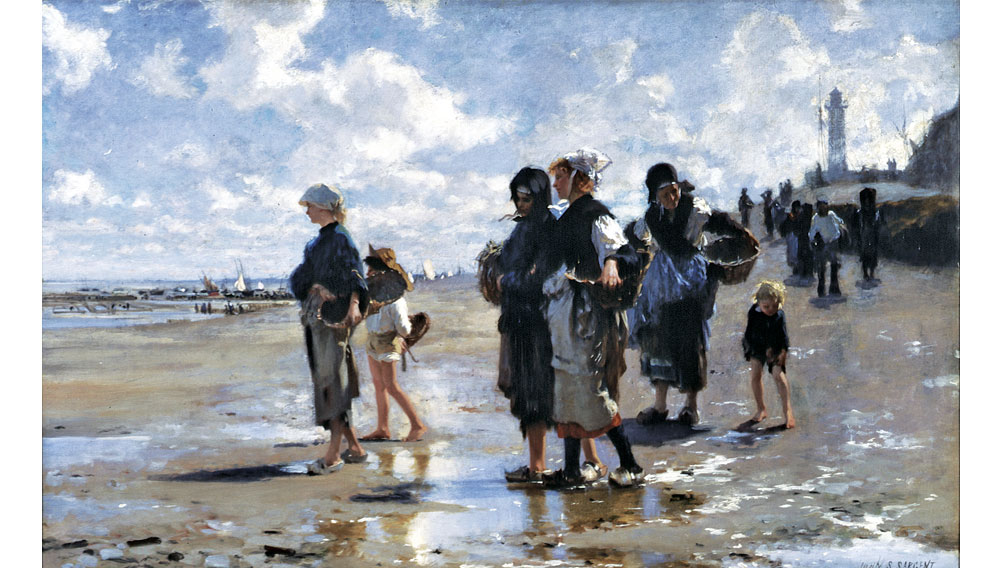 American expatriate painter John Singer Sargent once humbly quipped, “Every time I paint a portrait I lose a friend.” However, long before the social elite of the early 20th century began to climb over one another, figuratively speaking, to sit for one of his vibrantly detailed portraits, Sargent focused his artistic attentions on a different subject altogether: the ocean. His early seascapes and maritime paintings—executed from 1874 to 1879, when he was between 18 and 23 years old—have been compiled for the first time ever and are the subject of a traveling exhibition, Sargent and the Sea (see Robb Report, January 2010, page 35), which appears at the Museum of Fine Arts, Houston, February 14 through May 23.

Originally curated by Sarah Cash of the Corcoran Gallery of Art in Washington, D.C., where it was unveiled, the retrospective includes some 80 oil paintings, watercolors, and marine drawings inspired by family trips to Brittany, Normandy, and Capri, as well as two transatlantic voyages. “The idea for the exhibition came about from an 1878 Sargent masterpiece in our collection, En route pour la pêche (Setting Out to Fish),” says Cash, who collaborated with the artist’s grandnephew Richard Ormond, a leading Sargent scholar and the show’s consulting curator. “I thought it would be interesting to learn more about the works related to this painting and bring them together. When people see the range and depth of Sargent’s work during this period, they will be able to see a whole new side of his art that they never knew existed.”

The exhibition includes several studies for the well-known 1878 piece, along with the nearly identical circa-1877 Fishing for Oysters at Cancale, which is still a point of discussion among scholars, who continue to debate whether the work should be classified as a study or an independent painting. Other compositions on loan for the show include The Derelict, a serene boat scene painted around 1876; the circa-1879 watercolors Filet et Barque and Boats II; and the surreal 1878 oil Two Boys on a Beach with Boats, the subjects of which appear almost lifeless as they lie sleeping in stark white sand.

From Houston, Sargent and the Sea will travel to the Royal Academy of Arts in London, where it will run July 10 through September 26. Once the exhibition is finished, New York–based Adelson Galleries—the premier dealer of Sargent’s work, whose owner is underwriting the artist’s complete catalogue raisonné—can assist Sargent collectors in locating and acquiring any other rare seascapes from this period that, in the future, happen to find their way onto the market.