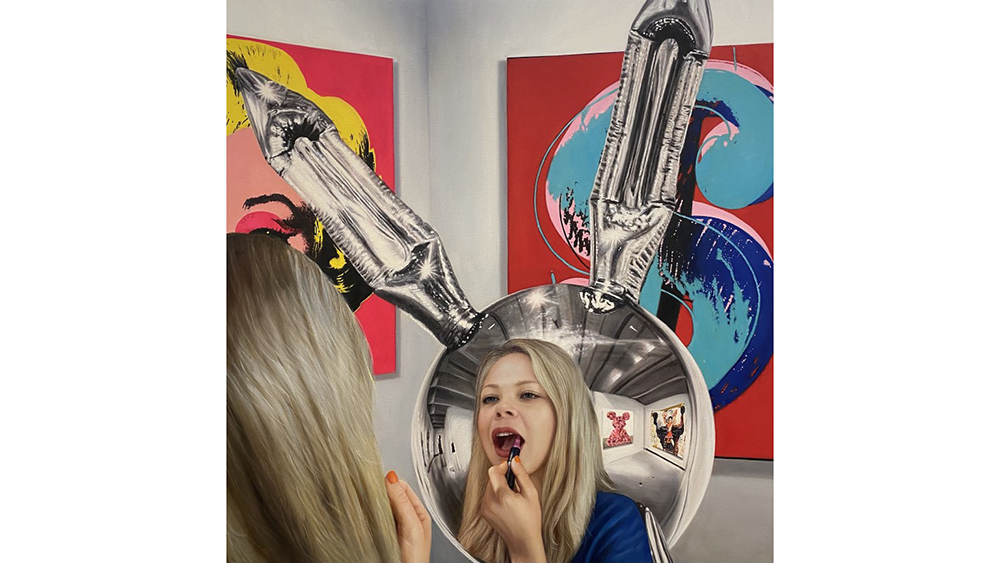 The arts cognoscenti have known it for years, and now the secret’s fully out: Aspen is just as fabulous (if not a little more) in the summer as in the snowy months that made it a ski mecca.

The primary catalyst for its warm-weather ascension—other than the temperate climate, breathtaking setting and abundance of outdoor pursuits—was the Aspen Music Festival. Founded in 1949, the festival presents performances at venues around town each summer. After a virtual program in 2020, about 150 live concerts, plus a master class with soprano Renée Fleming, are on tap this year.

ArtCrush wraps up Friday, August 6, with a gala and live auction featuring works by Rita Ackermann, Oscar Murillo and others. (One of the lots, Portrait of a Young Artist Dreaming of Becoming a Professional Artist II, by Marc Dennis, is pictured above.) For the first time, buyers can bid online for the silent auction’s 42 lots at Sothebys.com/AspenArtMuseum.

This year, the summer community’s enthusiasm for collecting has even led several galleries based in New York and London, including White Cube, Almine Rech and Mitchell-Innes & Nash, to open seasonal pop-ups. Lehmann Maupin and Carpenters Workshop Gallery are partnering for a joint space, and Lehmann Maupin will also team with nearby arts center Anderson Ranch on events featuring Catherine Opie and other artists. “Aspen is a place of culture,” says Sarah Calodney, a director at Lehmann Maupin, citing the Aspen Ideas Festival as another example. “It goes beyond visual arts. It’s just a cool epicenter.”

In the summer months, “there’s no skiing, so what do you do?” asks Carpenters Workshop director Ashlee Harrison. “You hike and you see art.”