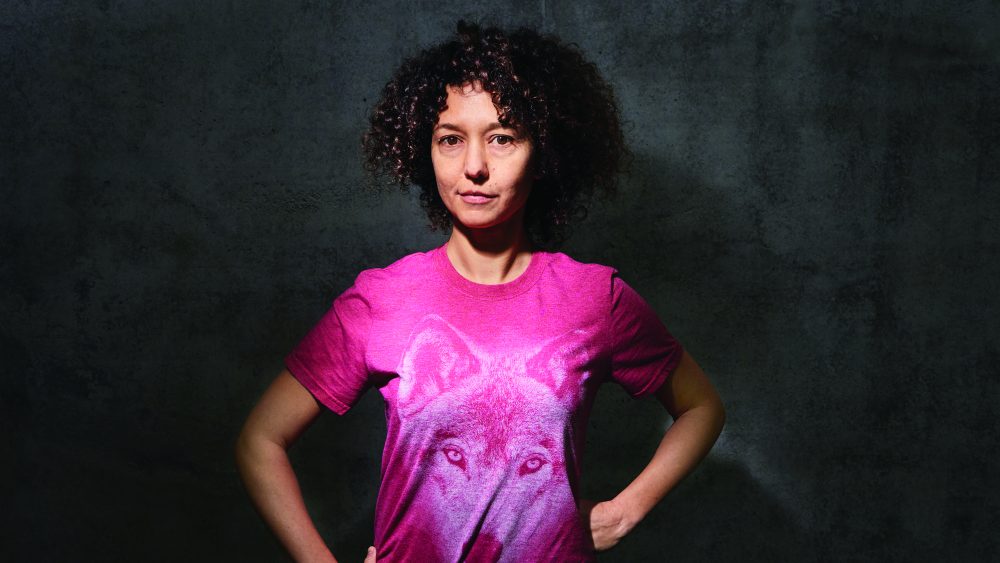 Artist Mika Rottenberg has built an enthusiastic following for her subversive yet whimsical films and kinetic sculptures, and next month the New Museum in New York will assemble some of her most potent works in a solo exhibition that will no doubt be one of the summer’s big draws.

Rottenberg, who was born in Argentina in 1976 and raised in Israel before moving to New York, has made her strongest mark with a succession of deeply strange films that are rooted in just enough reality to leave a searing impact—a style she calls “social surrealism.” Darkly humorous, the works often use characters with extreme body types and focus on the relentlessness and thanklessness of female labor. “I always find I come out of Mika’s exhibitions with a completely new way of viewing everything in the world,” says curator Margot Norton, who organized the survey. “Her work uncovers the bizarre aspects of the everyday.”

The New Museum marks Rottenberg’s first solo museum show in the city and will premiere her latest video installation, Spaghetti Blockchain, which Norton describes as a mashup of female Tuvan throat singers, a potato farm in Maine and the world’s largest particle accelerator, located at CERN in Switzerland. Rottenberg has been holed up in her studio this spring completing the complex piece.

A still from Rottenberg’s video Cosmic Generator, 2017.  Courtesy of the artist and Hauser and Wirth

Also on view will be a sampling of the artist’s equally eccentric kinetic sculptures, plus several Rottenberg video favorites, including Sneeze, in which men with comically enlarged noses violently sneeze out a procession of rabbits, raw steaks and lightbulbs; NoNoseKnows, which conjures an absurd production line for cultured pearls, and Cosmic Generator, which slowly but surely links Chinese women working in trinket shops, the repetitious shattering of colored lightbulbs with a hammer, and miniature men in suits squirming on a plate of lettuce at a restaurant in a U.S.-Mexico border town.