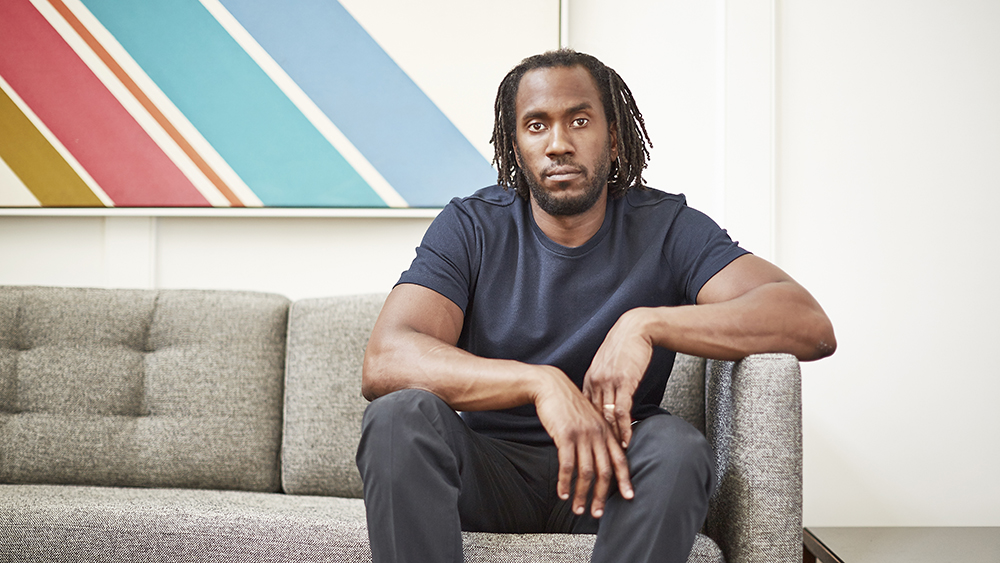 When Rashid Johnson was in Aspen last summer to pick up the ArtCrush 2018 Award for Art, Aspen Art Museum CEO and director Heidi Zuckerman took him on a hike showcasing some of the mountain town’s typically spectacular vistas. “Every time I come to Aspen,” the Chicago-born, New York–based Johnson says with a chuckle, “people are very invested in their hikes.”

But afterward, while mulling what to make for his upcoming solo museum exhibition there, Johnson thought back to the mountain and another recent trip he’d taken, to Mexico, where, when another black man sat down at the next table in a restaurant, Johnson suddenly realized he hadn’t seen anyone who looked like him for days. “I felt this need to reach out to him and talk,” he recalls.

The two experiences led to a new  16 mm film, The Hikers, which he shot in May on the same trail he had climbed with Zuckerman and which will premiere at the exhibit, which opens on July 3. The film captures two black men who encounter each other while one is ascending and the other descending the peak.

Their choreographed platonic love story—a version of which the men, both with the Martha Graham Dance Company, will perform at the museum—can be viewed as a metaphor about the black experience of alienation in the US. “People of color recognize the existence of one another,” Johnson says. “Oftentimes, when people see each other in such circumstances, there’s this kind of joy, almost love.” But, he adds, yearning to connect is also central to the human condition as a whole.

Although he has made several films revolving around black figures in motion, The Hikers is the most narrative, which he acknowledges may be a result of just having directed his first feature, Native Son, an adaptation of the Richard Wright novel that aired on HBO in the spring.

Also in the show are several new “Escape Collages,” an ongoing series of paintings made with ceramic tile, mirror, black soap, oil stick and other materials. Drawing from both his childhood envy  of classmates’ far-flung vacations and his father’s surprisingly idyllic photographs of Vietnam taken during the war, Johnson says the collages consider “that dichotomy of the beauty of a landscape mixed with the toxic purpose of your relationship to that place—the dystopic and the optimistic confronting one another.”

Zuckerman, who curated the show, calls Johnson a particularly self-reflective artist. “He has this scholarly, intellectual approach,” she says, though his pieces are far from ponderous. “In art it’s not really possible to make work that does not  have a political intention, but he is not interested in telling people what to think. He lets them figure it out.”