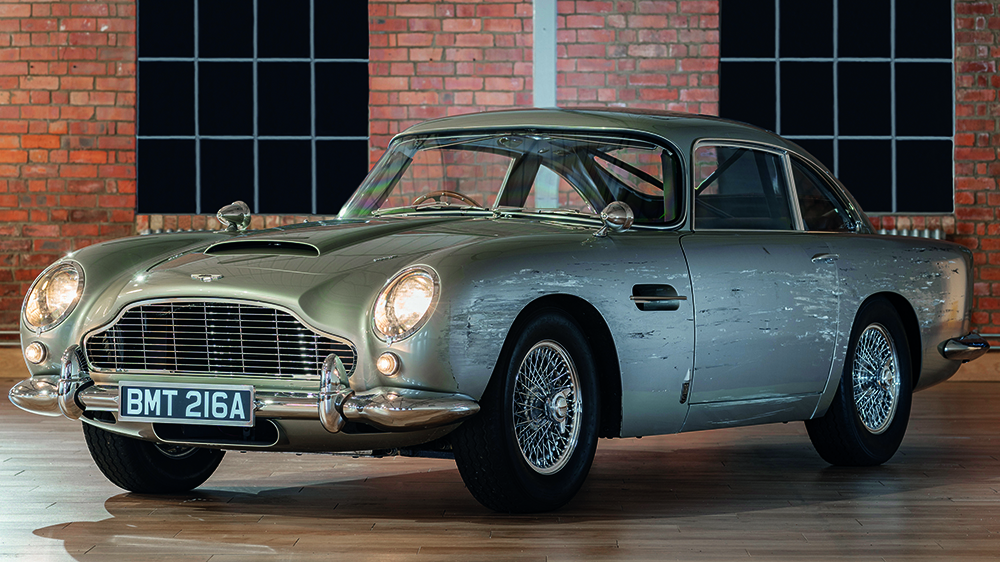 You’ll soon be able to buy in one place everything you ever needed to be James Bond.

Christie’s and Eon Pictures will celebrate 60 years of the super spy’s big screen exploits by holding an unprecedented auction of 007-related memorabilia in September. Collectors and Bond super fans will get their chance to bid on coveted items from every era of the beloved franchise, including an Aston Martin DB5 stunt car, multiple Omega timepieces and some particularly memorable props.

The two-part sale will see a total of 60 lots go up for bid, making it the biggest Bond auction in history. The main part of the event is a live auction that will see 25 vehicles, watches, costumes and props from the 25th and most recent film in the series, No Time to Die, hit the block. This will be complimented by an online auction of 35 pieces of memorabilia celebrating all six actors to portray Ian Fleming’s spy on the big screen. Proceeds from the sales will go to 45 charities, including the Prince of Wales’s Charitable Fund, which supports past and present members of UK intelligence agencies and security services.

Jet boat from “The World is Not Enough”  Christie's

The headline lot, without question, is one of the eight DB5 stunt cars used to film No Time to Die. It’s the only car of its kind that’s been approved for sale so far, and is packed with Q’s gadgets, including non-firing hidden machine guns. It’s expected to sell for between $1.83 million and $2.43 million. Other vehicles of note include a Triumph Scrambler 1200 XE motorcycle ridden by Daniel Craig in the same movie (which has a pre-sale estimate of $24,000 to $36,000), a jet boat driven by Pierce Brosnan in The World is Not Enough ($24,000 to $36,000) and a cello case Timothy Dalton used as a sled in The Living Daylights ($5,000 to $9,000).

There are also plenty of items for those who favor the earlier Bond actors or just don’t have any free space in their garage. These include a Swarovski-encrusted prop egg from the Roger Moore-starring Octopussy ($7,000 to $10,000), a set of two 50th anniversary On Her Majesty’s Secret Service Omega Seamaster divers with a box signed by George Lazenby ($49,000 to $73,000) and a five-night stay at the Fleming Villa in Jamaica, which comes with a facsimile of the script for the first Bond film, the Sean Connery-starring Dr. No ($35,000 to $60,000).

The live “60 Years of James Bond” auction is invite only and will be held on September 25 at Christie’s salesroom in London. The online auction, meanwhile, will run from September 15 to October 5. If you’re a Bond fan, you’ll want to be ready, because there’s something for everyone.

Click here to see all the photos “60 Years of James Bond” auction.