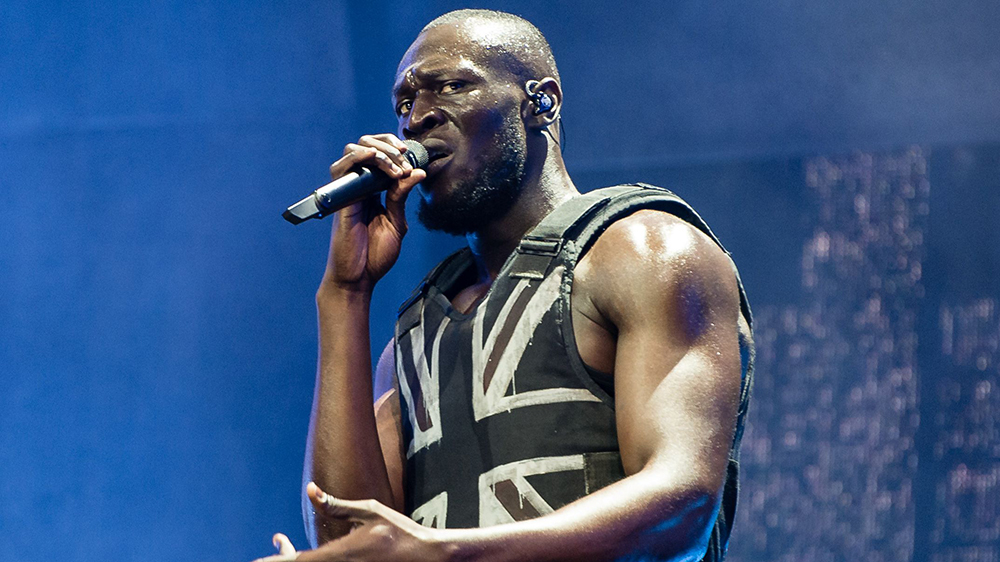 Banksy is the latest celebrity to dive head first into the world of e-commerce. If that seems out of character, don’t worry, it’s been done with a trademark nudge and wink.

The mysterious British artist has just opened up Gross Domestic Product, an online shop where fans can buy everything from a clock to couch cushions to the stab-proof vest rapper Stormzy wore at this year’s Glastonbury festival. There’s a catch, though. Interested customers need to explain why are matters to them, with answers being judged on originality by a stand-up comic.

Those lucky enough to be selected will get a chance to buy one of the 22 items currently up for sale. Available in quantities ranging from one to “unlimited,” the homewares include shredded t-shirts that costs £30 ($39), hand-stitched welcome mats made from the fabric of life vests available for £500 ($645) and the Banksy Met Ball, a home entertainment lighting system made from a disco ball and an old Police riot helmet, that sells for £500 ($645).

. This showroom is for display purposes only. I’m opening a shop today (although the doors don't actually open). It’s in Croydon. Probably best viewed at night.

The highlight of the initial wave of products—assuming there’s more to come—is the spray-painted stab-proof vest that Stormy wore while headlining the first night of this year’s Glastonbury Festival. Limited to a production run of just one, the vest is described as “the ‘John Bull’ English gents waistcoat updated for modern times.” The site warns that while the custom-made piece is capable of stopping bullets and a stabbing attempt, its “not machine washable.”

If it seems like everything is just going to be snapped up by art world types, fret not because Banksy’s already thought about that. In addition to dissuading collectors from applying, the site says the artist “has price-fixed the first consignment of releases at a reduced rate for lower income patrons.”

Even with that in mind, an online shop may seem like a strange step for Banksy. And that’s because it is. But the shop is an attempt protect his trademark over his name and to stop other companies from profiting from his work.

“This site asserts the trademark to Banksy’s name and images is held by the artist, and is not transferable to any third party,” a statement on the site reads. “The artist would like to make it clear that he continues to encourage the copying, borrowing and uncredited use of his imagery for amusement, activism and education purposes. Feel free to make merch for your own personal entertainment and non-profit activism for good causes.”