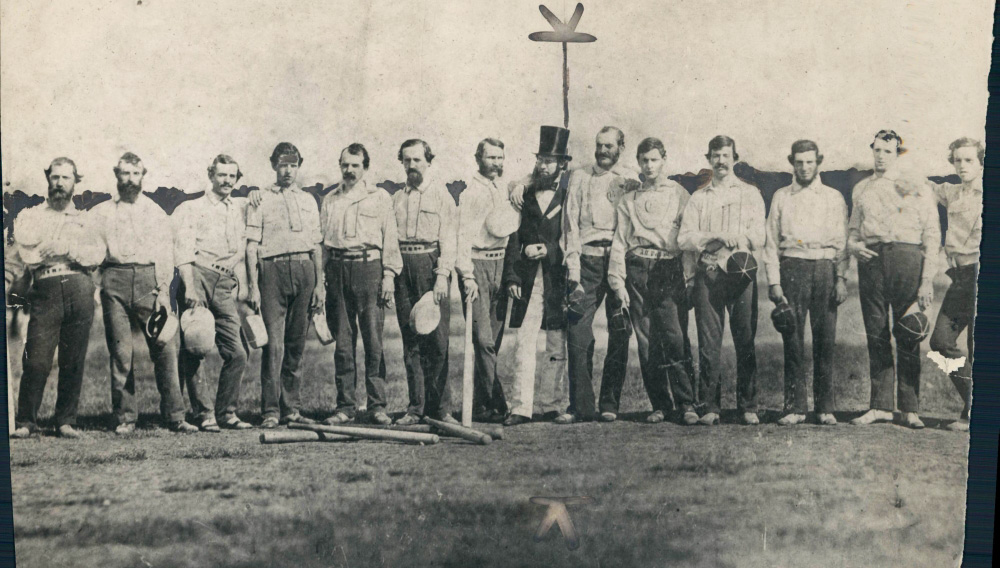 The national pastime of the United States is a prominent thread in the social fabric of the country, and its first stitch may sell for millions when SCP Auctions offers the 1857 Laws of Baseball from April 6 through 23. The collection of documents comprises the original draft of the sport’s formalized rules as penned by Daniel Lucius “Doc” Adams in 1856, as well as its modified, handwritten transcription that was featured at the first Base  Ball Convention the following year in New York.

Baseball’s genesis has long been a point of contention for sports historians, and the common story of Abner Doubleday creating the game in Cooperstown has been widely dismissed as myth. Possibly referenced as early as the late 1600s in England, manifestations of the modern version appeared stateside in the 18th century and were banned from the streets of Worcester, Massachusetts, in 1816—an edict that predates Doubleday’s rules by 23 years.

Standardization is key to any sport’s longevity, and initial steps were taken to do just that in 1845 by the Knickerbockers, a New York City “Base Ball” club established by Alexander Cartwright. He commissioned members William H. Tucker and William R. Wheaton to write rules that included three outs per side for an inning and prohibited trying to hit the base runner by throwing the ball—a practice accepted up to that time. But over a decade later, the club’s president, Daniel Adams, fine-tuned the “Knickerbocker Rules” into what became adopted by the 15 other clubs of the region. Many of the rules still apply today, including the distance between bases (90 feet), having nine players on the field, having nine innings per game, and, as Pete Rose painfully knows—no betting. Ratified as “The Laws of Base Ball” at the 1857 convention, the final document detailed and defined a sport that has captivated the country ever since.

Collectors will have a chance to step up to the plate and bid on the vintage treatise throughout the 18-day online event. And expectations are high—the original sets of rules for soccer and basketball have sold for $1.4 million and $4.3 million, respectively. (scpauctions.com)