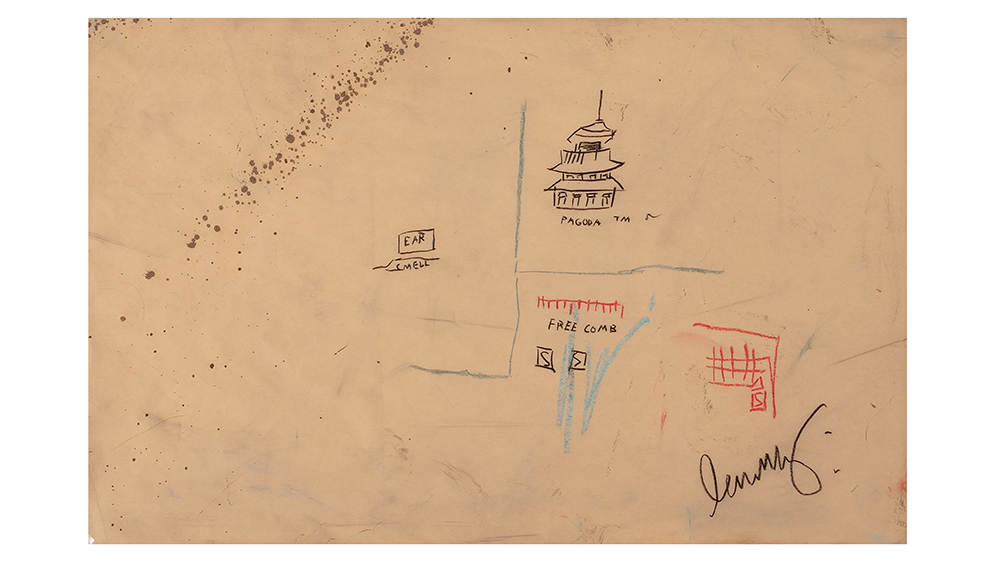 The internet may still be debating whether NFTs are actually good for the art market. In the case of at least one Basquiat, however, it appears that they may not be so great for the artwork itself.

An NFT of Basquiat’s mixed-work drawing Free Comb with Pagoda (1986) is currently up for bid on the OpenSea marketplace. But this non-fungible token comes with a mercenary incentive: Whoever wins the auction isn’t just buying a digital version of the image, they’re buying the chance to destroy the original piece.

In addition to an encrypted digitized token of the image conveyed on the Ethereum blockchain (and all related IP and copyright for as long as those things matter), the winning bidder will also have the option of wiping Free Comb with Panda’s existence from the physical plane. Why would someone want to do that? So that the digital version is the only one in existence.

“At the winner’s discretion, the original artwork will be deconstructed, leaving the NFT as the only remaining form of Basquait’s work to exist,” Daystrom, the group who have put the work up for auction, said in a press release.

So, is the auction a stunt or a passive aggressive rejoinder to critics who claim that owning an NFT doesn’t actually mean you own anything. We expect it’s a little bit of both, but as The Art Newspaper points out, Daystrom fancies themselves “digital provocateurs.” Of course, this isn’t the first time someone thought it would be fun to destroy a piece of modern art after its sale. Banksy, of course, beat everyone to the idea by two-and-a-half years.

NFT mania seemed to peak when Beeple’s Everydays—The First 5000 Days sold for $69.3 million. The bonkers sale caused much hand-wringing in the art world. But there are signs that the digital craze may be fading. Case in point: At the moment, it doesn’t appear that there are many collectors eager to destroy a piece of art from one of the most important artists of the last century. As of press time, only 85 people have even checked out the Basquiat lot, while exactly zero bids have been placed.