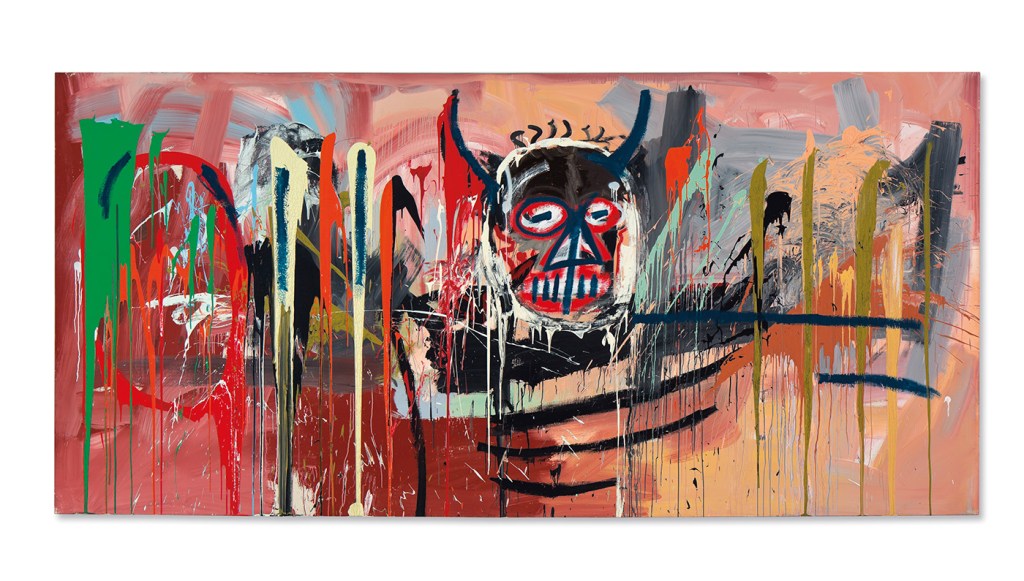 A massive painting by the late Jean-Michel Basquiat earned a massive price at Christie’s New York on May 10, setting a new record for the artist. Untitled, a 1982 work, sold for $57.2 million, handily beating its estimate (in the region of $40 million) and soaring above the previous record, set at the same venue by Dustheads, another 1982 Basquiat canvas that fetched $48.8 million three years ago. The buyer was Japanese billionaire Yusaku Maezawa, who intends to open a private museum near Tokyo in the next few years.

Although the results were unexpected, Sara Friedlander—a Christie’s specialist and head of evening sale—was unsurprised by the nationality of the buyer, citing the shows the Brooklyn-born artist mounted in Tokyo, Italy, and elsewhere during his life. “He’s a global superstar,” she says. Friedlander also credits Untitled‘s stellar performance to its unusually large size (almost 8 feet by just over 16 feet), its 1982 vintage (at the peak of Basquiat’s career, which ended in 1988 with his death from a heroin overdose at age 27), and its quality.

Untitled is only the latest Basquiat to command a startling sum. His top 10 most expensive works at auction all sold for $20 million or more, and none went to auction earlier than 2012. Christie’s sold eight of those 10 Basquiats, and Friedlander says their strong numbers reflect a larger pattern that is driving auction records for Picassos, Modiglianis, and Warhols. “It’s more about the masterpiece market we’re in,” she says. “It’s a testament to what the best of the best can bring, and most of it has happened in the last five years.” (christies.com)